Many iPad owners say using a browser on a tablet is such an undertaking. As an argument, they usually cite inconvenient navigation. Yes, the screen size is bigger, but in terms of switching between tabs and sorting pages, Safari on iPad is much worse than the version on iPhone or Mac. It’s hard to disagree with these guys. Now, Apple’s tablet has run as far away from the smartphone as it can get, but it has yet to catch up with the Mac. This leads to many difficulties that not everyone is ready to get used to. But if you take a few more minutes to study some parameters, there will be no limit to the joy. Today we will try to prove to you that using Safari on iPad is very convenient, and we will discuss some of the nuances that will make working with the browser a little more comfortable. 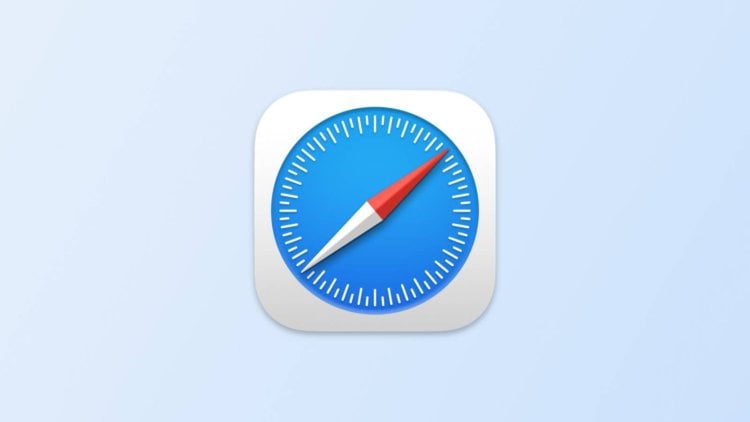 Using Safari on the iPad is also handy. See for yourself.

In our articles, we have already told you more than once about Safari chips on the tablet. We learned how to use on-page search, change the default search engine, and more. Safari has changed a lot in iPadOS 15. New features have been added, the interface has changed. It has become more convenient to use it, but now it is more difficult to understand the settings.

How to Organize Tabs in Safari

Everyone has long been accustomed to the fact that on iPhone the menu for switching between tabs is in the form of a separate button, by clicking on which you can open any page without problems. Safari on iPad lets you move between pages faster. To do this, you don’t even need to open the menu, just scroll through all the open pages directly from the panel at the top of the browser.

But when there are many tabs, it will be more difficult to switch between them. This should help safari on ipadthrough which you can sort all tabs: 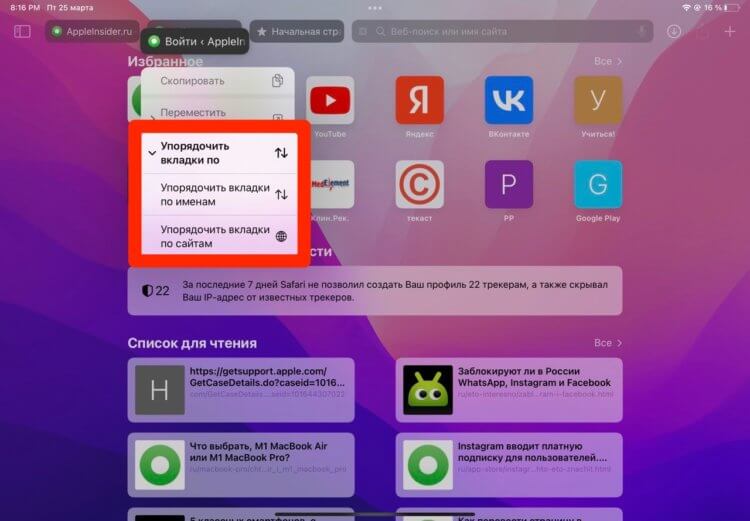 Try sorting the tabs by sites. It’s more convenient than it looks.

Then, Safari will offer two options:

This is where I made two discoveries. Firstly, I didn’t know you could click on the tab and open an additional menu, and secondly, until today, sorting seemed like a Windows 98 feature to me. Well, think for yourself who it is. will do at all, everyone is already used to how it is. In fact, the feature is very cool. I will use it myself and recommend it!

How to Open a Tab in the Background on iPad

To open a tab in a new window on iPad, you must:

Now you no longer need to leave the current page and you can return to the tab you are interested in a little later. However, there are at least two other ways to do it much faster. For example, you can hold your finger on a link and just drag it to the all tab menu at the top. It will look like this: 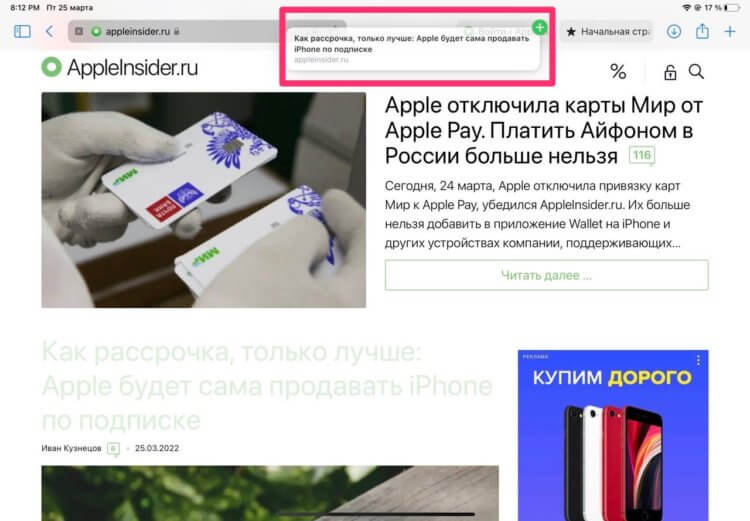 This is how you open a tab and quickly drag it to where you want it.

Plus, there’s an even easier way! For open background tab in safari, just tap it twice. By the way, the feature works on both iPad and iPhone. Enjoy.

How to Recover a Closed Tab in Safari on iPad

Safari has an interesting feature that appeared a long time ago, but, alas, not many people know about it. With it, you can quickly open a new tab (including in incognito mode), quickly close all tabs, and most importantly, return the closed tab. This is done as follows: 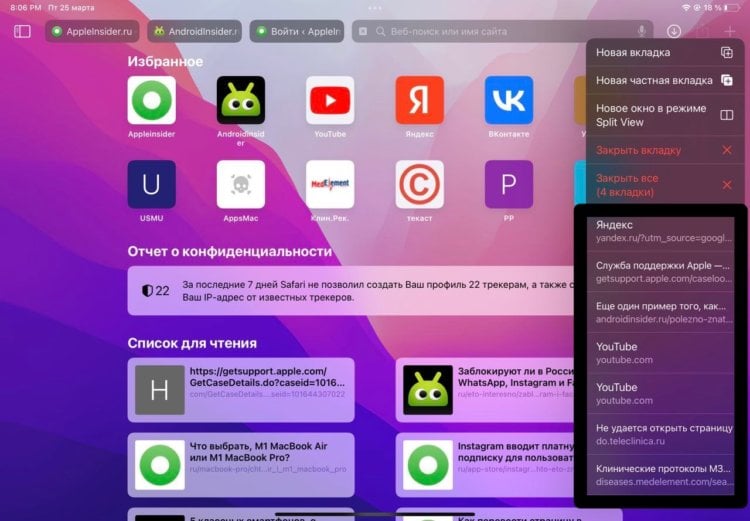 Here are the tabs that have been closed recently.

All recent tabs will be located at the very end of the menu that opens. Here you can open not only the previous tab, but also the tabs you have opened previously. Only one and a half diggers know of such a feature, so it has not yet been widely used. I’ll tell you a secret, it’s also possible on an iPhone.

How to View Safari History on iPad

I think everyone who uses the iPad has noticed the side menu button at least once. I confess that I ignored her until the end and that I did not want to bear new Safari design on the iPad. However, he did not return the old Safari, you never know if there is something interesting. Plus it’s Apple, they can’t make it uncomfortable. Most of the time I use the sidebar to view my history in Safari, but there are a few extra tabs here: 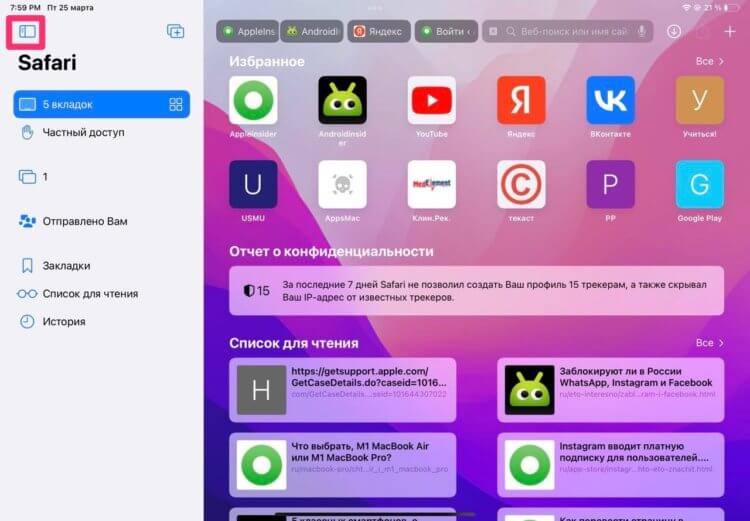 This is what the sidebar looks like in Safari on iPad.

Using this menu is very convenient, because the browser history does not open in a separate window, but directly in the browser. So you can quickly browse through all previously opened tabs and find exactly the one you need.

Do you use Safari on your iPad? Or pull out your iPhone or laptop whenever you get the chance? Give your opinion in our Telegram chat or in the comments below, it will be interesting to read.

Porsche and Apple could soon collaborate on “exciting projects”

An unknown object or accessory was found nearby. What to do?