Traditionally, in the summer of each year, Apple technology users have a whole list of requirements for new operating systems. Most often, of course, they complain about iOS, in which for some reason there are always shortcomings and malfunctions. Mac computers usually stay on the sidelines, they say, let everything stay as it is, just make it a bit more stable and optimize all necessary software. However, if you dig a little deeper, it turns out that everything is far from perfect in macOS. This article has collected five shortcomings of Apple’s computer operating system, which would be good to fix in a future update. 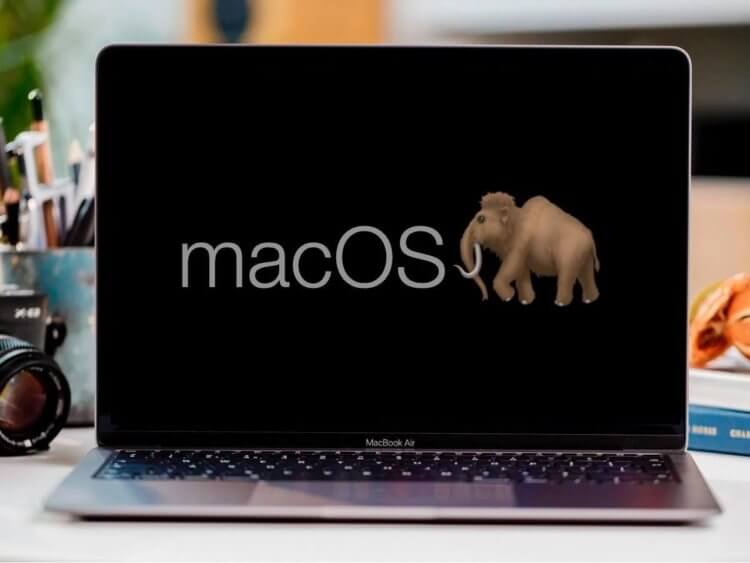 We talk about the changes we expect in macOS 13.

What is Launchpad in macOS

Using the Launchpad on a Mac is pretty handy. Simply press F4 or tap the Launchpad icon in the Dock, and all programs appear in front of you at a glance. Another thing is that in the context of iOS and iPadOS, the interface for this menu looks too outdated. You probably know that two years ago, with the release of iOS 14, Apple completely redesigned this menu in its mobile devices, but everything remained the same on the Mac. Yes, I’m in favor of replacing Launchpad on Mac with a regular App Library with all the features that come with it. What should be changed? Well, first of all, create normal folders, with large icons and launch applications without opening the folder itself. Second, divide all apps into separate categories. Despite the fact that there are not many programs on my computer, it is not very convenient to search among 4 different application pages.

But with the App Library too, not everything is so smooth. More recently, we told you about the changes we’d like to see in iOS 16 and have already noted the shortcomings of the App Library. In principle, all the same claims would be made for Mac computers. It is therefore time for Apple to take this feature of its devices seriously.

Another archaism of macOS is the impossibility back up your mac in the cloud. Okay, in 2022 attaching to external media is such an idea? Interestingly, Apple has long allowed the creation iPhone Backup and iPad in iCloud, but with a Mac something is slow. I do not exclude that it is technically difficult to implement this functionality, but it is simply necessary to work in this direction! I really want Time Machine to be able to back up data to the cloud.

No, it is clear that a copy of data from a Mac computer will take up a lot of space in iCloud and with the introduction of this feature in Cupertino you will have to expand the storage options in iCloud + in some way, but isn’t it worth it? Remember, for many Macs, this is a workhorse. Imagine, a person edited videos, created a content plan for six months in advance, then something happened to their computer and that was it, kranty work. Here we must also add iCloud+ payment in RussiaBut this is another story.

I still don’t understand why Apple makes this operating system similar to iOS and iPadOS with every macOS update. This became especially noticeable with the advent of macOS Big Sur, where Control Center appeared, which is extremely reminiscent of the Control Center on the iPhone. Notification Center is handy, but I want at least a little customization.

Of course, this is implemented very conveniently. From Control Center, you can change Wi-Fi, Bluetooth, and AirDrop settings, control screen brightness, adjust sound volume, and more. However, unlike the same iOS customization, there is a minimum here. And to be more precise, it’s not here at all. Don’t like that the sound control icon is at the bottom? Nobody cares!

If already in Cupertino they have embarked on the path of bringing all products to a common denominator, then let them recall everything. However, I’m more than sure that macOS 13’s Control Center will change, as the feature is in sight and used by everyone without exception.

Where to See Passwords on Mac

Using Keychain Access on a Mac is very convenient. Just go to a site, because the Mac will automatically ask you to enter a password. All you have to do is put your finger on Touch ID on the keyboard. However, if you suddenly decide to change the password on one of the resources, the keychain will stop working on this website. So, one way or another, you will have to go to Safari’s settings, which not everyone will guess. For passwords, you need to create a separate application with a simple and understandable interface.

By the way, macOS has a separate Keychain app, but it’s far from everyone-oriented, and it just looks gross, a simple person definitely won’t understand. Here the analogy with Windows settings is in great demand, where the interface has not changed, it seems, since Windows 98. Sorts of lists, certificates, keys.

The keychain can remain unchanged for those who really need this program, but for ordinary users it would be nice to create a separate application. Now all this is implemented through the Safari settings, where there is a separate item Passwords, everything is more or less clear there. However, it is not necessary to talk about the convenience of using such a tool.

How to Take a Photo on a Mac

Another quirk of macOS is the Photo Booth app, which lets Mac users take photos. Again, Apple seems to be trying hard to bring all operating systems to one standard, but somehow forgot about the camera app. Here’s what an example of a bad app looks like on a Mac.

I get that Apple doesn’t care at all about taking photos and videos on a Mac – there’s something there, okay. This also applies to the features of the MacBook’s front camera and software functionality.

And even after all, you don’t have to invent anything, iOS has long had the Clips app, which fits perfectly into the concept of macOS. Here, the interface is intuitive, and all the necessary features are there. You don’t need anything new, just copy and paste from your iPhone and put it on your Mac. Just out of curiosity, open the Clips app on your iPhone and compare it to Photo Booth – it’s basically the same thing. I expect such an application in macOS 13. It will be very useful.

Which Macs will support macOS 13

Clearly, the new macOS will be even better optimized for Apple’s own Silicon chips. And just like with macOS Monterey for Mac on Apple Silicon, exclusive features will be prepared that will not be supported by Mac on Intel. However, since no major changes under the hood of macOS are expected this year, Apple is unlikely to reduce the number of supported models.

What will macOS 13 be called?

You probably know that in America they don’t like number 13 very much. didn’t stop Apple from rolling out the iPhone 13, which enjoys quite a bit of popularity despite its name.

Also, most likely, Apple will keep the tradition of attaching a certain name to its operating system. Based on the brands that Apple periodically updates, the new operating system will be called Mammoth, which translates to “Mammoth.” At the same time, it has practically nothing to do with animals. Mammoth is a seaside resort in California, United States. It is located very close to Yosemite and El Capitan as we know it.

When will macOS 13 be released

Apple is due to unveil the new macOS at the annual WWDC 2022 event, which will take place from June 6 to June 10, 2022. After that, the developer beta testing program will begin, and only in the fall of 2022 macOS 13 will be released. for everyone.

By the way, macOS Monterey was introduced to a large audience on Monday, October 24, 2021. It is possible that macOS 13 will also be introduced on Monday at the same time. If you look at the calendar, Monday falls on October 25. So what are we waiting for!

If you have any requirements for the new macOS, be sure to talk about them in our Telegram chat or in the comments below, it’s very interesting what you think!

Amazon lowers the price of the iPhone 11, which remains a good option in 2022