At the question: “what iPhone is it?is usually easy to answer, all smartphones are different from each other in one way or another. In one, the camera block is located diagonally, in the other, the fringe is smaller, the third has differences in the form of body colors. With the iPad, things are a bit more complicated. First, many users purchase a tablet exclusively as a bedside gadget. They just aren’t interested what is the model of iPad, and what she can do is show videos on YouTube and okay. Yes, and Apple itself often advertises its models as just the ipadwithout giving any information about it. If suddenly you go sell ipad or if you want to know if your tablet supports a program then you have come to the right place. In today’s article we will try to analyze all the most popular ways to know iPad model. 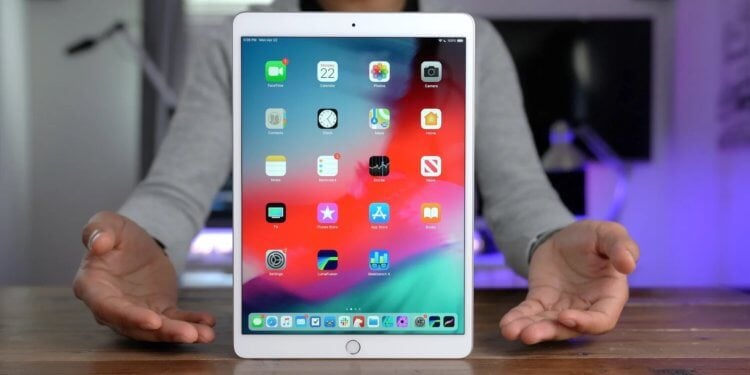 This is what almost half of all iPads look like. How to distinguish them?

How to see which iPad I have

Interesting fact: Apple itself understands that it is difficult for many find out which iPad they have. Otherwise, they just wouldn’t have published a separate article on their official website, which says, how to tell one ipad from another.

For find an iPad modelApple offers the following: 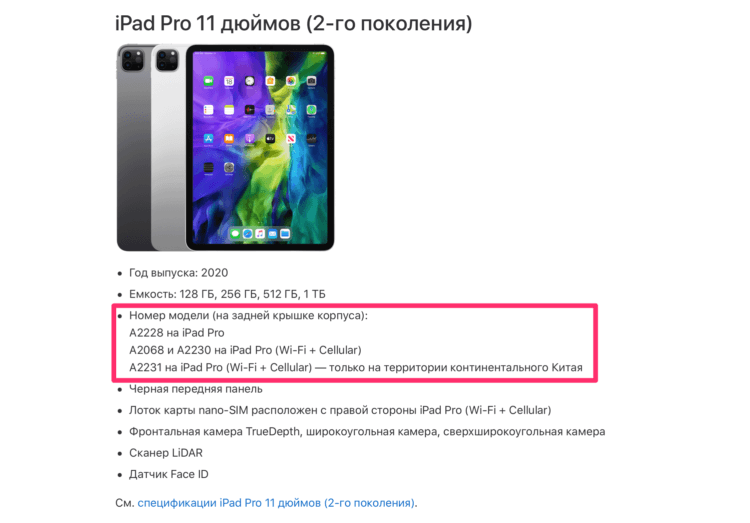 Under each iPad model, Apple lists all possible model numbers for that version of the tablet.

This method will give you complete information about your model. On the site, for each generation of iPad, all the information you may need is attached:

This method is perfect if you want Discover the iPad modelwhich is off. Well, judge for yourself what to do if the device has been gathering dust on the shelf for a long time, and you suddenly decide to sell it, but there is no charge?

However, I offer a much simpler option: 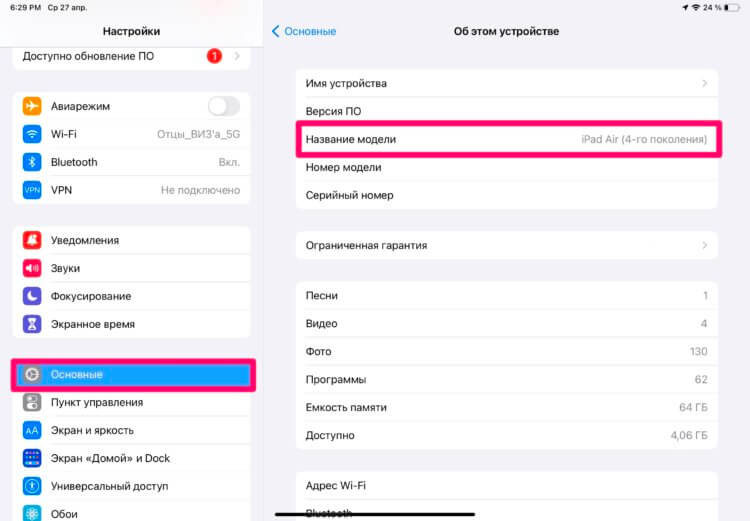 You can see the iPad model in settings.

IMPORTANT: The first item in the About device section is iPad name. Pay no attention to this because the name of iPad, iPhone, Mac and other Apple devices can be easily changed by tapping on it and typing any name you want. If you don’t believe me, try it yourself.

How to know which iPad model it is

Then you need to pay attention to more understandable signs, one of which is the Home button on the front panel of the iPad.

You can almost immediately tell an iPad with a button from an iPad without a button. Notice the frames.

Attention! These iPad models do not have a home button:

Accordingly, if you are offered to buy a 3rd generation iPad Pro and you see a button at the bottom of the screen and large bezels, it is time to run away from such a seller, they are trying to scam you for money. ‘money. And, of course, if you buy an iPad Air 3, it must have a button on it.

Another possibility know which iPad you haveWatch charging connector. 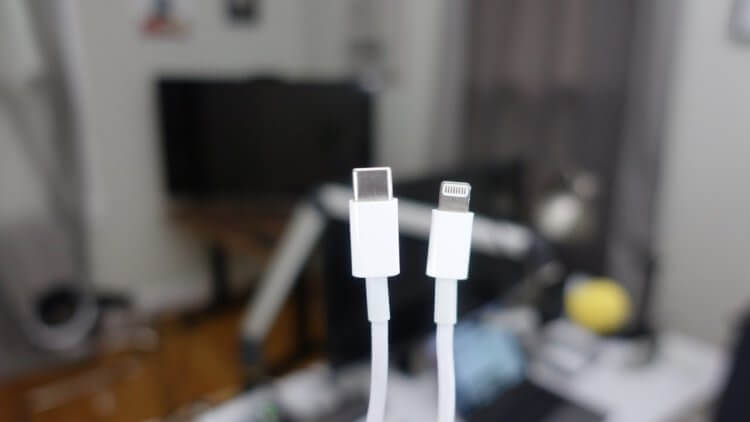 Distinguishing between USB-C and Lightning ports can be tricky, so compare the charging cable.

In principle, these characteristics will suffice for most users. As a last resort, you can always go to Apple’s official website and see all iPad models at a glance. However, to be completely honest, there are a few other parameters by which you can tell one iPad from another.

How to figure out what kind of iPad

Another way to understand what model of ipad do you haveConsists of camera. Most Apple tablets only have one camera, however all 2020 and newer iPad Pro models have two modules cameras that look like blocks in the latest iPhone models. And, of course, if The iPad doesn’t have a camerathen this is the 1st generation iPad. 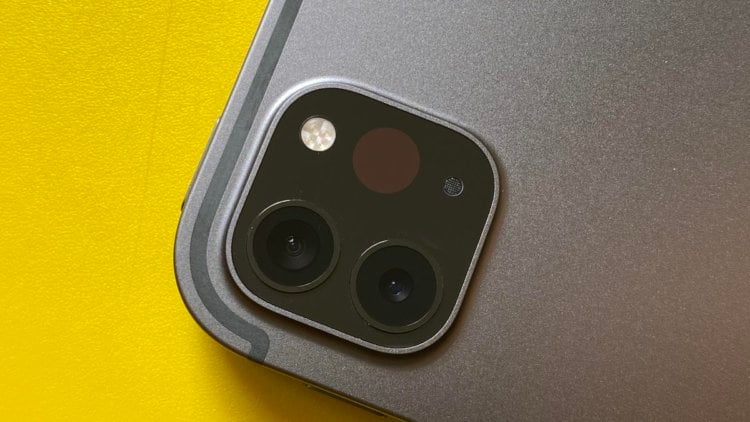 This is what the current iPad Pro camera looks like.

Further away speakers. All iPad Pro models, without exception, have 4 speakers: two are on the bottom (next to the charging port), two are on the top. All other iPads have two or one speaker.

But keep in mind that it’s very easy to get confused here: firstly, the latest iPad mini and iPad Air seem to have 4 speakers, but in fact there are only two. It’s just such a design element, actually it’s empty. Secondly, in almost all tablets there are two speaker holes at the bottom, but in reality there is only one speaker. In general, as how to recognize iPad model I wouldn’t use speakers. The iPad Air 4, for example, has two speakers, but they are located on both sides.

What method do you use? Have you ever needed to know what kind of tablet is in your hands? How did you get out of the situation, confess. Please give your opinion in the comments below or in our Telegram chat. Plus, of course, don’t forget to subscribe to our Telegram channel, where we post all the latest news from around Apple and beyond. Welcome!

Apple hinted at the iPad with macOS. Is it necessary?

9 iPhone Settings Everyone Should Change