There are many myths and legends surrounding the foldable iPhone: some say it will appear almost every day, others say it will never come out. But the fact remains: Foldable iPhone it will definitely happen, the only question is – when will it happen? Insiders talk about it constantly and, as you know, there is no smoke without fire. Analysts therefore say that Apple will release a foldable iPhone, and even an iPad. Admittedly, the deadlines are again shifted. We understand When will the foldable iPhone be released? and why might Apple be years behind Samsung? 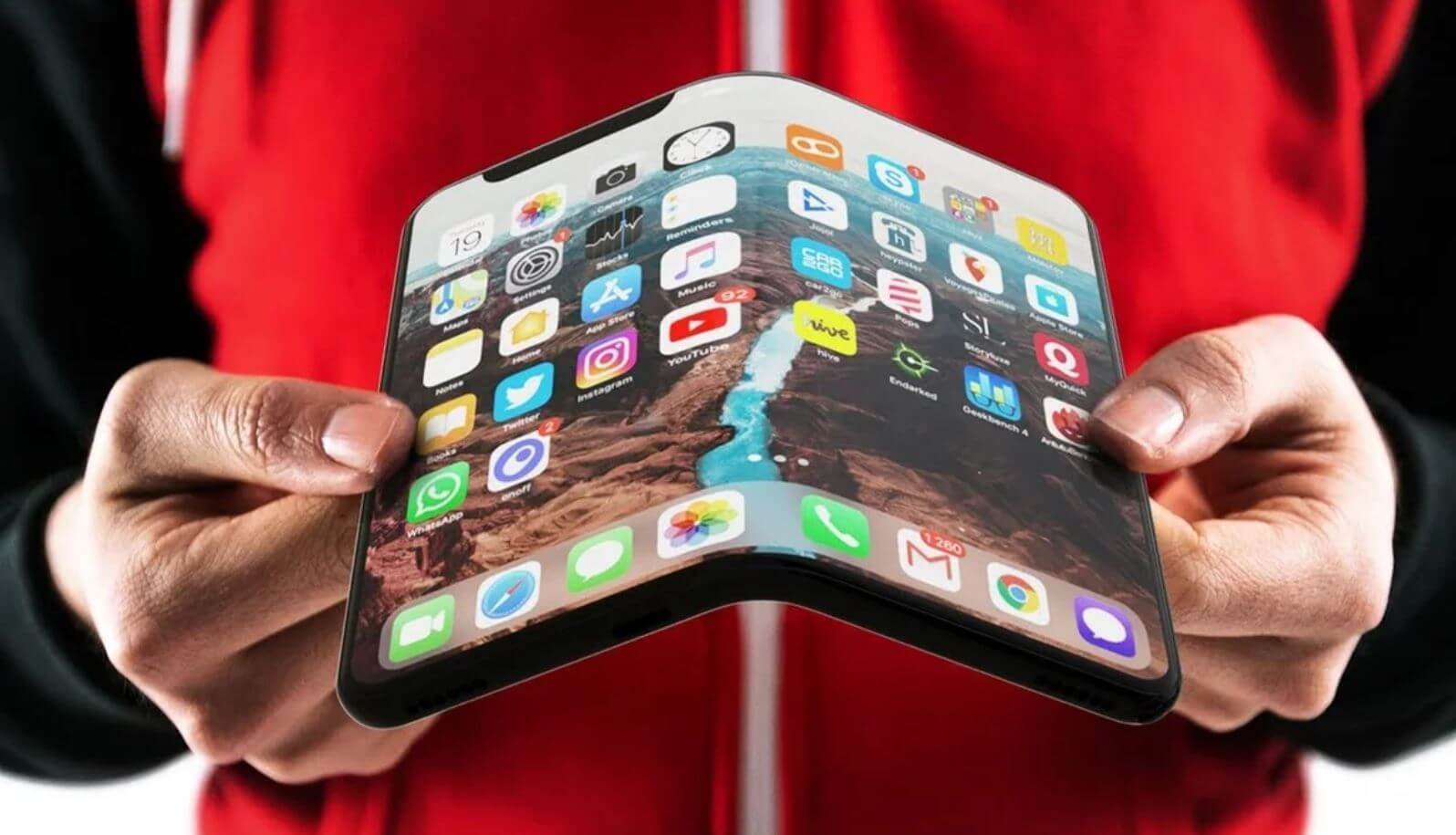 When will the foldable iPhone be released? Deadlines are postponed

When will the foldable iPhone be released?

Companies are really interesting flexible screen smartphone: they are at the very beginning of their development. However, there is no doubt that one day a foldable iPhone will come out, because Apple will not leave this niche for Samsung. A year ago, insiders speculated that iPhone with flexible screen will appear in November 2022 at the earliest and even called the price – $1499. The company even patented a self-healing folding screen. But it has already been noted that the transition to a new form factor can take several years. 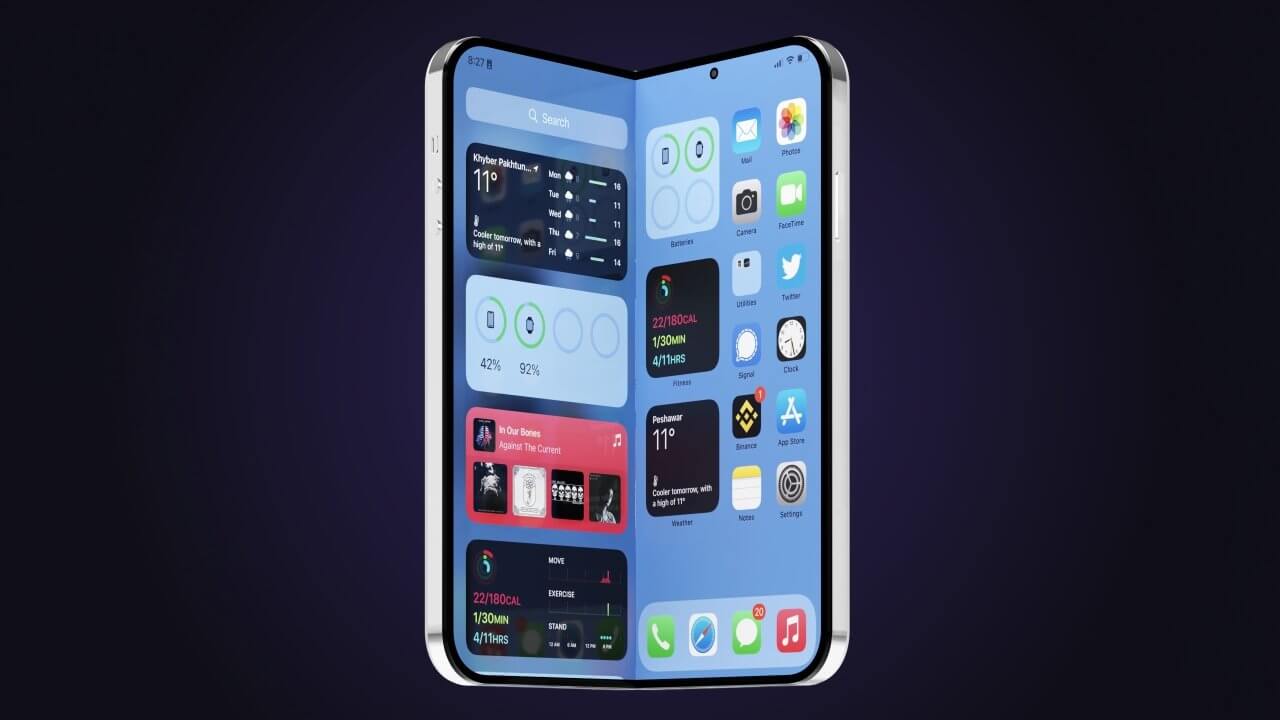 Looks like the foldable iPhone is some kind of myth

True, there is still no exact data on the release of the foldable iPhone: analyst Ming-Chi Kuo previously reported that Apple plans to release an iPhone with a flexible display as early as 2024, but has now adjusted its forecast. According to his data, Apple will release such a smartphone no earlier than 2025. Maybe even later. At the same time, the insider notes that it could be either a foldable iPhone or a hybrid of iPhone and iPad, very similar to the Samsung Galaxy Z Fold.

Kuo notes that the company will first focus on a device with a mid-sized flexible screen and then move on to a large and compact device. Apple’s interest in the latter is particularly surprising: it seemed that the iPhone 13 mini would end the history of compact devices. Apparently not. 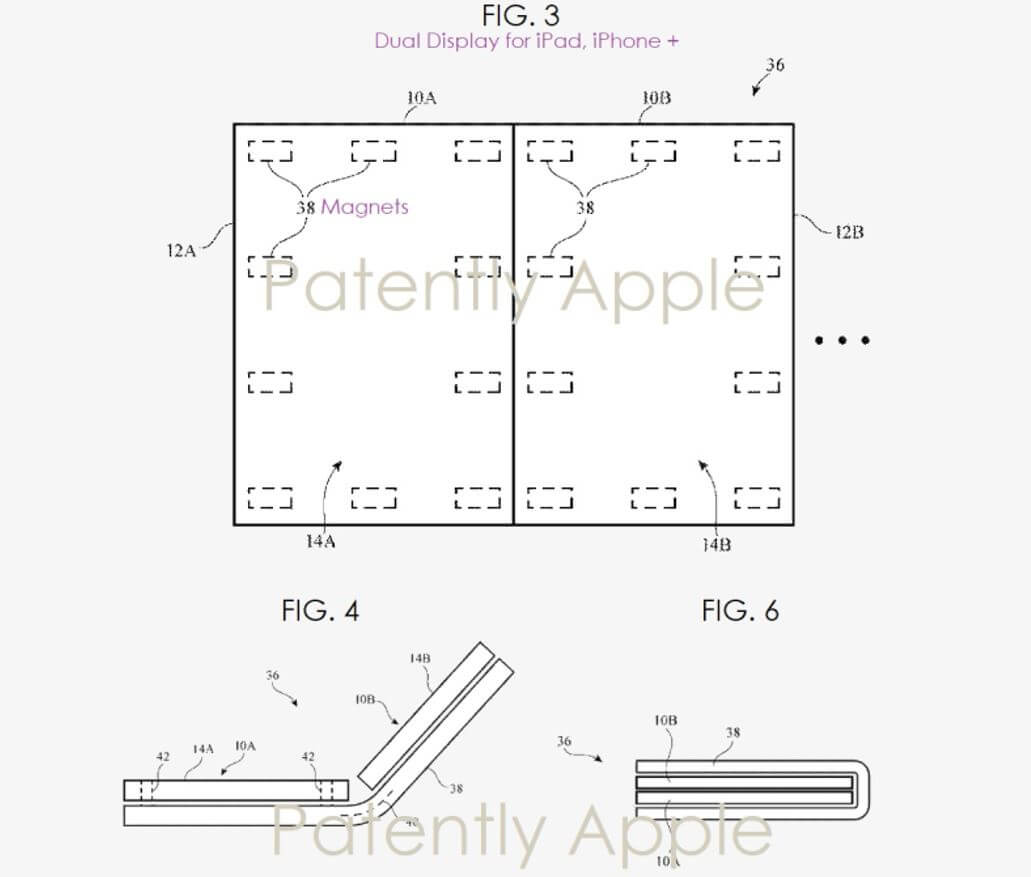 It could be a foldable iPad made up of two iPhones

There is information that the company is currently testing flexible OLED screens With a diagonal of about 9 inches, it’s already more than the iPad mini 6 and a little less than the basic iPads of past generations. True, the test of such a diagonal is necessary to verify key characteristics, so this does not mean that the iPhone will receive such a screen. The insider himself is not at all sure that in the end Apple will release a foldable iPhone.

“The tests are intended to validate key technologies and may not be the final product specification,” said analyst Ming-Chi Kuo.

Remember that last year Apple patents a foldable iPhone, similar in its characteristics to the Galaxy Z Fold. Experts have even admitted the possibility that the screens of such a smartphone can be removable: if we are talking about a large gadget, then two iPhones can act as screens. For this, they would have even developed a special system of magnets. In this case, Apple is not developing the screen itself, but jointly with another company. The company is working on it in cooperation with LG, which understands something about it: sources claim that the South Korean company is creating a new type of OLED display using ultra-thin protective glass. In this case, it’s likely the company is designing a 17-inch panel that folds into an 11-inch screen.

Say, that’s it – proof that there are plans for Foldable iPad or let’s say a Macbook! But Apple is more interested in the technology itself, as well as the integration of such a slab and a protective glass. So far, rumors have linked the development of a flexible display for laptops from HP and other manufacturers.

The foldable iPhone will have to wait a very long time

According to Kuo, Foldable iPhone coming soon: Apple does not rush to release new technologies, having tested them for years beforehand. Take the iPhone X for example: Apple’s frameless smartphone was released only in 2017, although similar Android smartphones had already appeared at that time.

In the case of a foldable iPhone, the wait will be much longer: flexible smartphone from samsung was shown in 2019, which means that according to the most optimistic predictions, Apple will be 6 years behind its competitors. In addition, the compact devices of the Cupertino company are always in last place, so they will have to wait a very long time.

Twitter confirms it works on a button to edit posted tweets