Along with iOS, iPadOS and macOS, Apple as usual introduced the Apple Watch operating system – watch OS 9. Judging by the number of changes the watch receives every year, it’s safe to say that everything has been eliminated in the current Cupertino form factor and sensor. Most likely, something really new awaits us in the next version of the watch. The good news is that, year after year, Apple tries to give its users new watch faces and improves the ability to customize old ones. 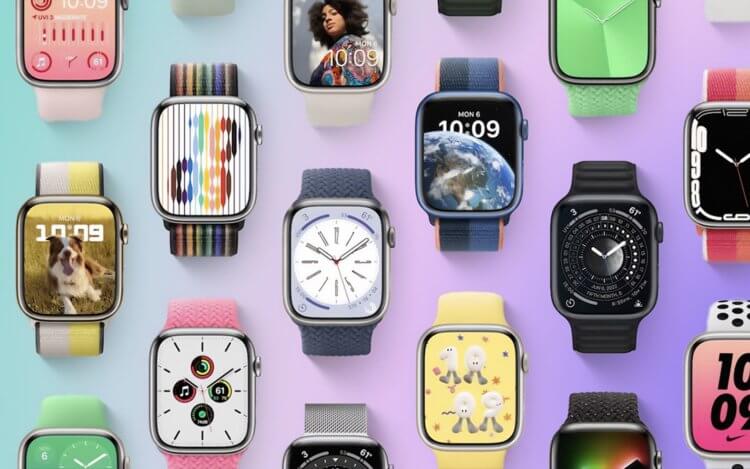 New dials combined with different straps will give you a new watch experience.

watchOS 9 finally has the option track sleep stages. More in-depth tracking of health indicators has emerged, which will be especially useful for people involved in sports. Let’s see what’s new on Apple Watch with watchOS 9. 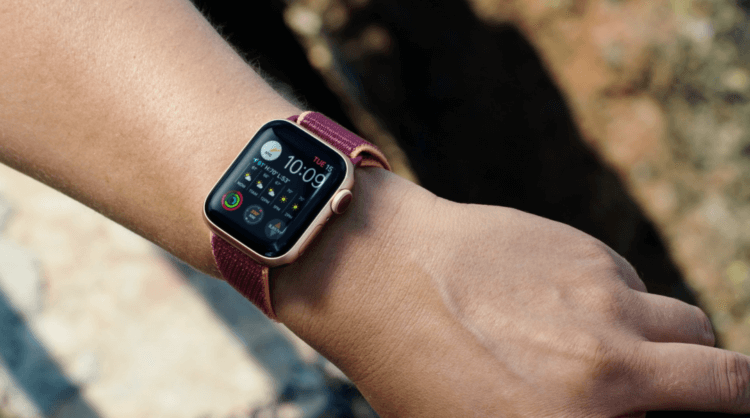 Every year with the release of a new firmware, the question arises: which devices will receive it? Listing Apple Watch which will be updated to watchOS 9, we published in a separate article. Let us recall these models:

The update will not be popular due to its Apple watch prices Series 3. This is the cheapest watch in the Apple Watch line, and many people have bought it to try it out. Last year, with the update to watchOS 8, this model had problems – it lacked internal memory. They were introduced in 2017 with the iPhone X. Most likely, they will be discontinued this fall. All Apple Watches with large screens will remain relevant. 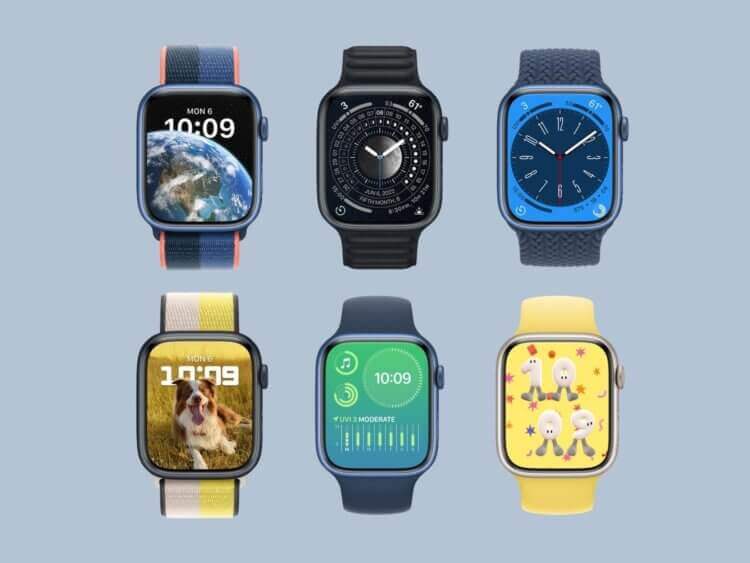 With the new watch faces, you can go from being a serious person to just being happy and mischievous.

The main innovation of each watchOS versions many call it the new dials. It’s hard to disagree with this opinion, because Apple doesn’t allow third-party developers to create watch faces for their watches. From then on, each novelty finds its audience.

Pro watchOS 9 watch faces We have a separate article. Let us recall the main innovations. There are three new watch faces: “Lunar”, “Playtime” and “Metropolitan”. Lunar represents the moon against a starry sky background, surmounted by a clock, and is surrounded by a calendar. Playtime is just a fun dial, where the numbers have legs and emotions that they periodically show. Metropolitan is as close as possible to the classic clock, where the analog clock face is located in the center with widgets in the corners.

But this is not the most important. Apple has also updated its old watch faces. For example, the Modular, Modular Compact, and X-Large watch faces received new color schemes for the background and font. And the Portrait watch face now supports pet portraits.

It’s good that Cupertino continues to add new features to create a truly individual watch for every user’s taste. 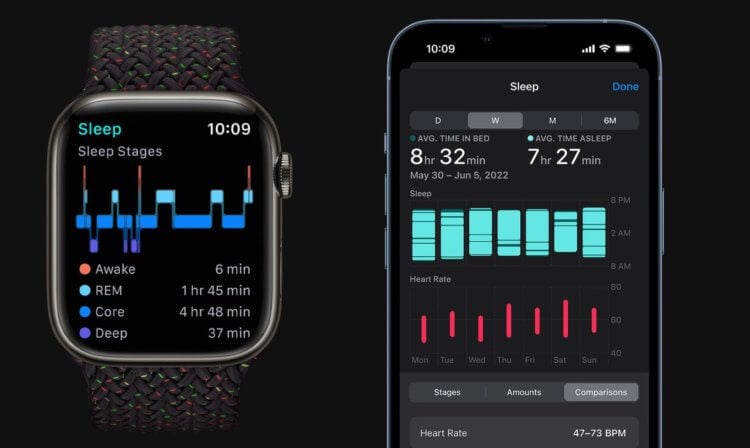 Apple Watch has caught up with Mi Band in terms of features.

One of the most remarkable new features of watchOS 9 it becomes possible to follow the phases of sleep. What cheap Apple Watch bands have been able to do for a long time, they only learned to do in 2022. Now, if you sleep in the watch, you can see in your iPhone’s Health app what period was in which phase – deep or light sleep, REM or awakening.

there you can see heart rate and breathe in each of the phases. The main thing to remember is that if you decide to sleep on your Apple Watch, you should charge it before you go to bed because you may not have enough battery power until the end of the next day. Keep an eye on the charge level. 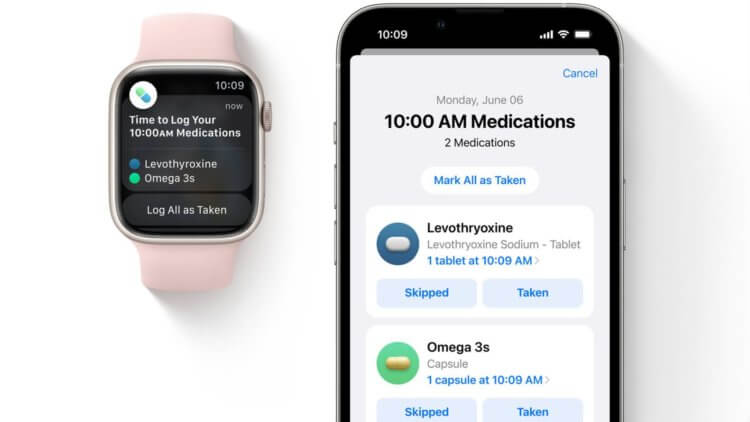 You can mark the intake of medication both on the watch and on the smartphone.

watchOS 9 has a new Medicines app. It is linked to the section of the same name in the Health application on the iPhone. The names of the drugs you take are entered on the smartphone, the intake schedule is set, and the watch notifies you at the right time. On the Apple Watch, you can mark everything as accepted, and it will reflect in the app.

All the most important indicators will be displayed on the watch screen during training.

During training, it became possible to track heart rate zones. This is a new indicator that was previously absent in watchOS. It allows to evaluate the intensity of the training. During its passage, the zones of the heartbeat also change. Apple Watch learns from your personal data and automatically detects areas. But they can also be created manually if you don’t trust automation.

For more efficient operation training hours learned to determine stride length, ground contact time and vertical oscillation. They can also offer you a competition with their own time on a given course. 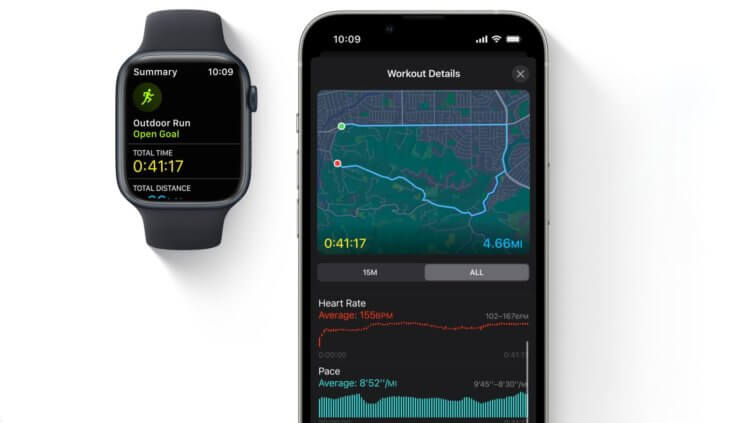 Graphs based on training results will help athletes assess their physical condition.

Triathlon training has emerged that combines swimming, cycling and running. In addition, the watch itself can determine what you are doing at a given time and switch for more accurate calculation of indicators. 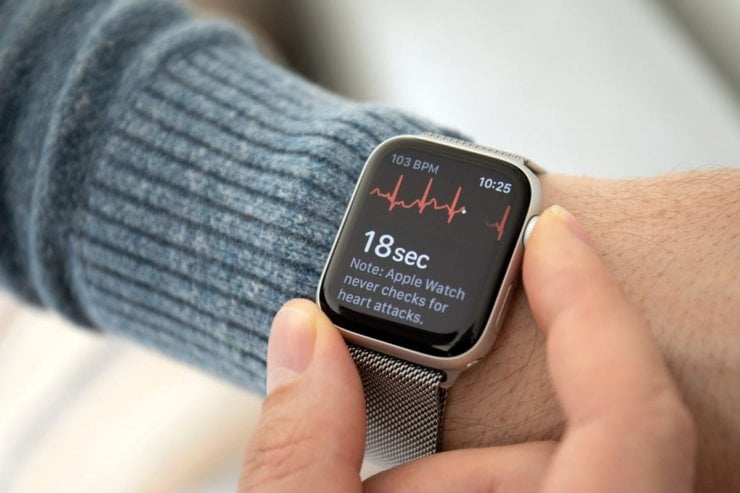 With the release of Series 4, the Apple Watch introduced the ability to detect atrial fibrillation, an irregular heartbeat that can indicate health issues.

In watchOS 9, if the watch detects atrial fibrillation, it then becomes possible to follow the history of atrial fibrillation. With this feature you can see when an arrhythmia is active and how it is affected by sleep, exercise or your weight.

Also in the system there were small innovations, of which the following can be distinguished:

Apple has done a good job update. There is something for every user group. For some, dials, for others, training, and for others, new health assessment indicators. However, we have the feeling that the ideas in Cupertino are starting to dry up. If some new sensors do not appear in the next generation of watches, then new features for watchOS 10except for the next dials, it becomes increasingly difficult to imagine.

Apple hires a Ford executive for its Apple Car

6 Cool Apple Accessories Everyone Should Buy