After disable Apple Pay in Russia many users, including me, started thinking about how to quickly sell your Apple Watch. No, really, paying by the clock for many was almost the only feature they were bought for. I highly doubt that every smart gadget owner logs into the Health app every day and checks their cardio endurance metrics. Let’s be honest, most people just don’t need it. The question of whether to buy a smartwatch from Apple was brewing even with the operation of Apple Pay, and now it has literally run out. Today, I invite you to reflect what should be the apple watch 8so that the Russian user thinks about buying them and stops looking at the reduced Apple Watch SE, which is gaining more and more popularity among our compatriots. 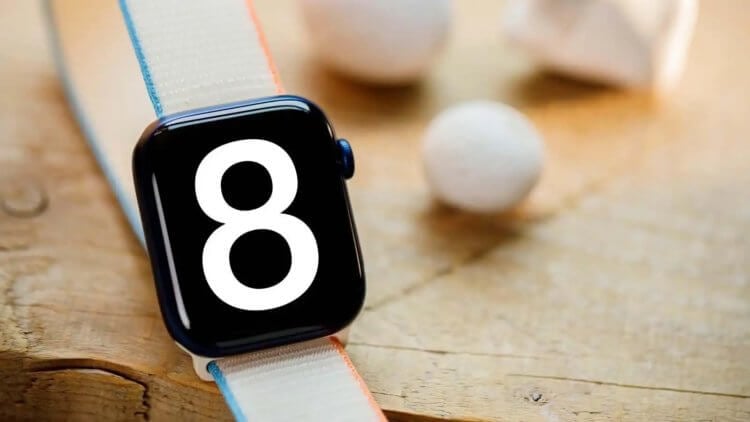 We are talking about the chips in the new Apple Watch, for which it would be worth buying them.

How long does an Apple Watch hold a charge?

Now most models Apple Watch keeps charging about a day. No, you can, of course, turn off all sensors, turn off Always On, turn off sleep tracking and squeeze two or three days out of it, but it just doesn’t make sense to buy smartwatches. 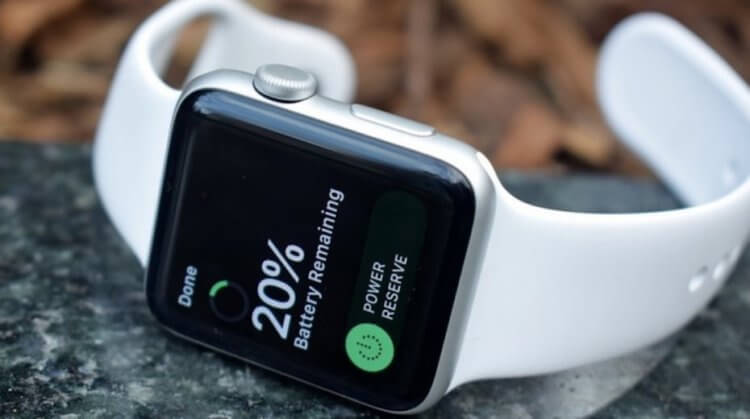 The Apple Watch’s battery life is average, but there are reasons for that.

Over the years of existence of the Apple Watch, it has already been understood that Apple cannot do anything Apple Watch battery life it is better to. Well, think for yourself, firstly, the watch case is very small, and secondly, the sensors are crowded here, and I don’t want different functions. Fancy a week of charging? In this case, it is better to buy Mi Band and not experience heartbreak. Now it’s practically no different from the Apple Watch.

I think Apple needs a complete overhaul. power saving mode on apple watch – it will be a real topic! Just imagine: in the Watch app on the iPhone there is a separate section Power saving mode, where each user can flexibly configure the deactivation of certain functions on the watch. Whoever needs it will turn off heart rate control, who cares about the pulse, it will do without notifications, etc. 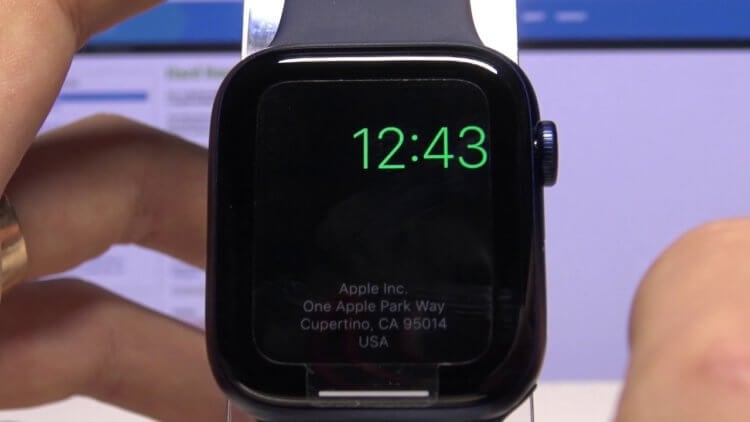 Eco mode in the Apple Watch is a good idea, but it needs to be expanded.

Moreover, you can create separate templates like “Athlete”, “I take care of my health” and “Office worker”. Well, for each mode, parameters will initially be set, which will turn off when the power saving mode is activated. Conveniently? In my opinion, a lot!

By the way, Mark Gurman from Bloomberg just a few weeks ago already predicted the appearance of this feature. According to him, in watch OS 9 A power saving mode will appear, with which the device can run certain applications and functions without consuming a large amount of battery. His words yes to Tim Cook in the ears!

Apple Watch sensors – The subject is very complex. In my articles I have already said more than once that the Apple Watch glucometer will not appear for a long time. Well, simply because the technology is far from a non-invasive measurement of sugar. They’re still not really used in medical practice, it’s unclear what people expect from the Apple Watch. On the other hand, it is possible to ensure full integration of a smartwatch with an insulin pump and regulate the flow of medication on the watch – yes, easily. 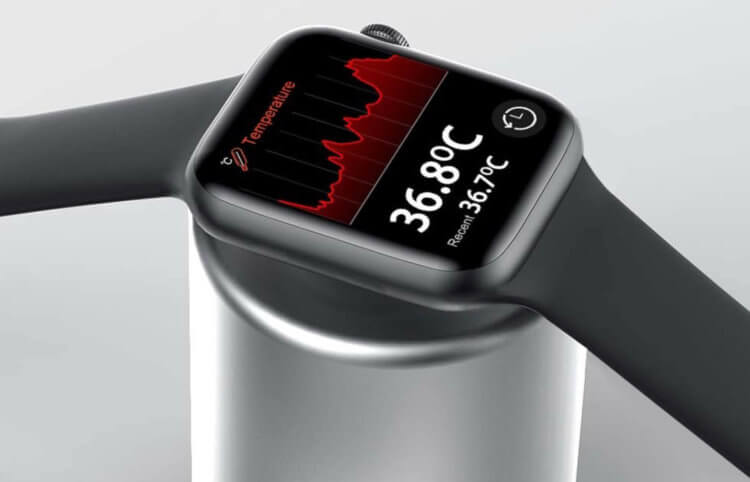 Apple, add a temperature sensor to your Apple Watch! We don’t ask for more.

Regarding tonometer, so it’s the same story. Technology hasn’t gotten to the point where Apple adds a blood pressure monitor to its watch. Yes, we can say that Galaxy Watch4 has such a feature, but few people know that it is not implemented with the utmost precision. I’m sure Apple won’t.

Temperature sensor in Apple Watch – that’s exactly what I would really like. At the same time, I’m pretty sure the smartwatch won’t give a specific temperature. At most they will write something like “I think you have a fever” – nothing more. Judging by the fact that the Apple Watch predicts a new sensor, I’m betting on a thermometer. It’s not that hard to implement, but everyone should like it. If such a chip appears, I will update without speaking.

Another wish for the new Apple Watch is better sleep monitoring. There are many watch apps in the App Store, the functionality of which is an order of magnitude ahead of the built-in capabilities of the Apple Watch in this regard.

Sleep stages, snoring, talking in sleep, breathing problems (sleep apnea) and a bunch of other options that can be implemented in the Apple Watch 8. It is unclear why Apple allows third-party apps to perform such features, while itself Tipss and only adds control respiratory rate. 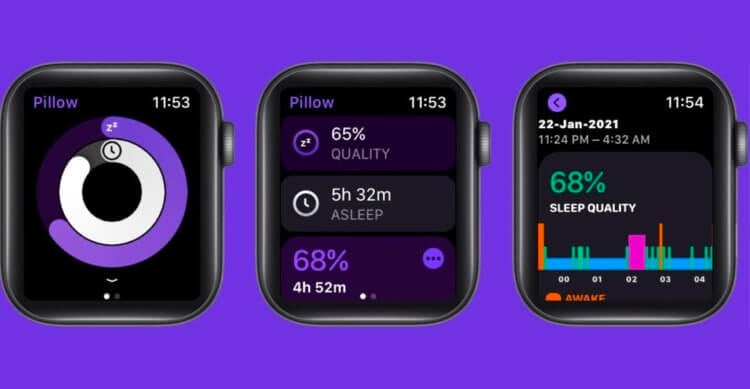 Why are third-party sleep monitoring apps on Apple Watch more than native?

The only hypothesis that comes to mind is autonomy. It will be very unpleasant to fall asleep with a half-charged watch and wake up with a dead watch, okay? Well, again, all this can be implemented without problems thanks to the power saving mode. Charge less than 50% – sleep monitoring functions are turned off. Now if they do, yes I will buy a new Apple Watch without Apple Pay. And if they add a feature that nobody needs, like the Sleep app with all the stats, let the people of Cupertino leave those hours to themselves.

Why You Need Focus on iPhone

Improved focus is another requirement for Apple Watch 8. Yes, in WatchOS 8, if you swipe up from the bottom edge of the watch and tap the crescent moon icon, you will see some advanced Do Not Disturb modes, but it is very little.

Now, when you go to Focus settings on your iPhone, you come across the Accounting toggle switch on all devices. If you turn it on, all your gadgets automatically take over your iPhone settings. But we need to make sure that Focus can be configured on each individual device. 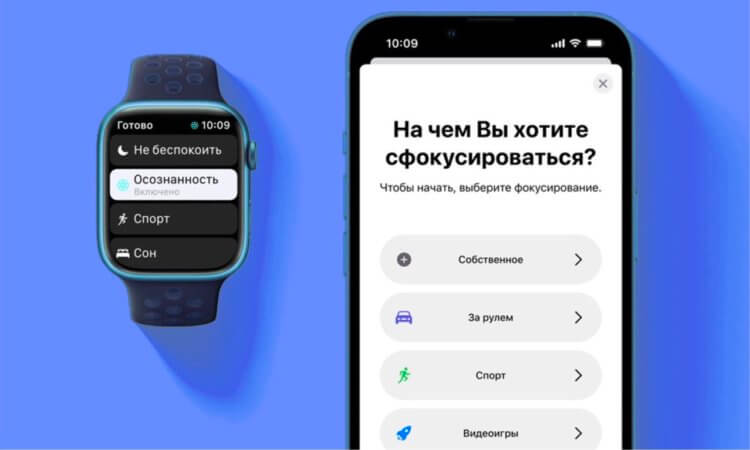 There is no need for new focus modes in Apple Watch, you can give better flexible settings for each of them.

Well, that is to say, while the iPhone receives notifications indiscriminately, only a select few arrive on the Apple Watch. This is especially true during sleep. Every time I go to bed, I activate sleep mode on my watch. iPhone, iPad, Mac pick up this setting automatically, which I really wouldn’t like. I want when I enable sleep on the watch some settings to be set, and when I enable it on the iPhone others.

Ideally, of course, this would be to see separate focus columns in each device’s settings:

So that on any device I can easily set all the necessary parameters Tuning for Apple Watch. As if I was working on a Mac, no notifications should arrive there, and everything should arrive on the Apple Watch, except instant messengers, for example.

What are your expectations for the new Apple Watch? Do you think smartwatches in Russia are everything? List the features that would justify buying Apple Watch 8. Share your opinion in our Telegram chat or in the comments below.

How to turn off apple watch?

Just like the iPhone, the Apple Watch can be turned off with the side button.
First, raise your wrist to wake Apple Watch.

Then press and hold the Side button (the one below the Digital Crown).
Here you will see “Power Off” and “Emergency SOS” sliders.
Swipe from left to right on the power icon to turn off Apple Watch.

How to turn on apple watch?

The process of turning the Apple Watch back on is quite simple.
First, make sure your Apple Watch has enough battery power to turn on.
Put it on the charger for at least ten minutes to quickly add juice to the battery.
Then press and hold the side button until you see the Apple logo appear on the screen.

Should I buy an apple watch?

Yes of course, If you are getting this watch at this cost then go for it.

How to take apple watch off power save?

Hold down the side button until the Apple logo appears. Wait for the Apple Watch to restart

Which protective iPhone case to buy. Collected only the best

OLED screens could arrive on iPad and MacBook in 2024