Users have been asking for a new big-screen MacBook since the very beginning. The reason is absolutely clear. Almost all Windows laptops have a 15-16 inch device in their lineup, while Apple is in no rush to make such decisions. In fact, if you want a big-screen MacBook, be prepared to shell out a pretty penny for it. I generally keep silent about Russian users, with the current dollar exchange rate you need to focus on the amount of half a million rubles. More recently, there were reports that Apple was gearing up to release a new MacBook Air in two sizes at once: 13-inch and 15-inch. 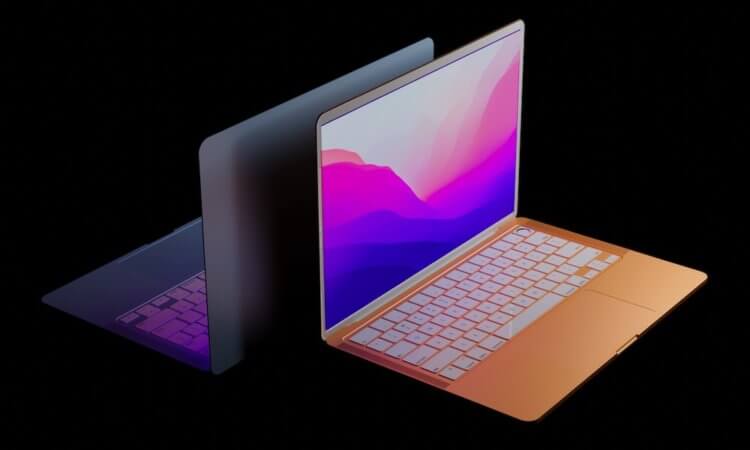 It looks like the MacBook Air lineup is going to expand.

It’s important to understand that a big screen on a MacBook isn’t a whim in the form of an SD reader, but a real necessity. If only you knew how many users I’ve seen who really want to get a bigger MacBook Air but can’t afford the Pro model. People with vision problems simply refuse Apple technology in favor of Windows. In a way, that’s not very forgiving, don’t you think? Although I am what. Add photographers, students who work with presentations, and other victims. It looks like things will soon change.

Just a few days ago, famed analyst Ross Young declaredthat in 2023 the diagonal of the MacBook will increase to 15.2 inches. Interestingly, it indicated the laptop model with a slash: MacBook / Air. We’ve seen such MacBook Air concepts more than once before. But there was not a word on the diagonal.

Also in the following post, he indicated that the classic Air will be reduced from 13.3″ to 13.6″, but will be released in 2022. Read between the lines. If the diagonal really gets bigger, then there will be a redesign of the MacBook Air! We will finally see New MacBook Air colorswhite keyboard and other delights.

I have to say, this isn’t the first mention of the 15-inch MacBook Air. Previously, Bloomberg’s Mark Gurman and Ming-Chi Kuo spoke about this topic. Last did not dare call the new Air laptop. According to his statement, the device may simply be called “MacBook”.

Ross Young distinguished himself by naming the exact diagonal of the model – 15.2″. If he is indeed right, the device will sit right between the MacBook Pro 15, which Apple discontinued in 2019, and the current MacBook Pro 16 (actually 16.2″). At the same time, I would not compare these two laptops with the new MacBook 15. The frames will be thinner, the design will undergo dramatic changes and the dimensions will decrease. 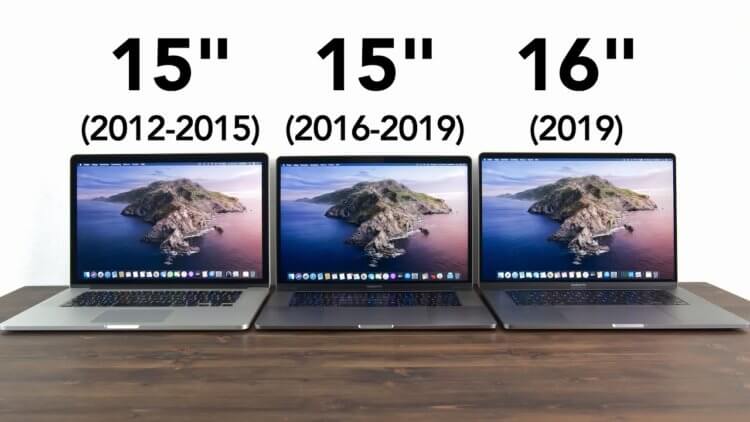 The differences between these models are barely noticeable. With a new laptop it should be different.

If that’s true, then the new MacBook will just be a cannon. Such a machine is more than enough for everyone. And for those who need a large diagonal for health reasons, and for those who just want a big laptop. I wonder if the sales of the classic MacBook Air 13 will drop with the release of the new model? I often hear that having a 13-inch laptop in 2022 is nonsense. Let’s say the tablets are already sold out and you’re slowly getting used to the big screens. What do you think? Write in our Telegram chat.

As for the design of the MacBook Air, everything is very debatable. Look at the new pros, they’re thick. The difference between the old MacBook Pro 16 and the new one is only 0.6mm, but in reality it looks completely different. Everyone quickly justified the proshka with high power and the return of ports. Does Air Notebook expect the same consideration? It will be more difficult to find excuses here, because in Air design is an integral part. Do you need ports instead of lightness and thinness? I do not. And keep in mind, they are far from the fact that they will appear. Features of the new MacBook

The big question remains the characteristics of such a MacBook. Obviously, such a Mac will certainly not miss the stars in the sky, but you can count on the new M2 chip. Also, the Mac screen is quite greedy, so you have to work here for sure. Will this be a problem? Of course not. If you’ve ever seen a disassembled MacBook, you know that half of the MacBook is occupied by a battery. Add a few dice and it will be the maximum! How long have we been waiting for the M2 chip, but it is still missing and missing.

In his post, Young said he would count on mini LEDs Not worth it at all. Both models will come with Retina LCD displays, which have become standard for MacBooks. ProMotion 120Hz technologies on MacBook Air no more.

In principle, it seems quite real. Among the remaining problems, we are left with a battery that needs to grow and HDMI ports, an SD reader, MagSafe for charging. Nothing can be said here with a dot, because no one can give you exact information. I think that, firstly, both models will have the same interfaces, and secondly, from the innovations, only the new MagSafe charging port should be counted on.

To me, that means I definitely won’t be waiting for the new MacBook Air in 2022. Let them run through all the innovations, test them for strength, so to speak, and only then, by March 2023, will it will be possible to watch the 15-inch model. What do you think? Write to our Telegram chat or in the comment under the post.

AirPods not charging or turning off by themselves? Reason for new update