After disable Apple Pay in Russia Apple Watch fans in our country have noticeably decreased. Some quickly dumped them on Avito and switched to Mi Band, others not at all discontinued smartwatches in favor of mechanics. At the same time, many people forget that in addition to contactless payment, this gadget has many other functions, including listening to music. Agree, it’s very convenient when you can put on headphones and walk around without a phone. Yes, earlier you could also go to the store and pay for some purchases, but even without Apple Pay it’s good enough, so you can even save some money. This simple feature of the Apple Watch will be discussed in today’s article, since many do not even realize that listening to music on the watch has a lot of nuances. 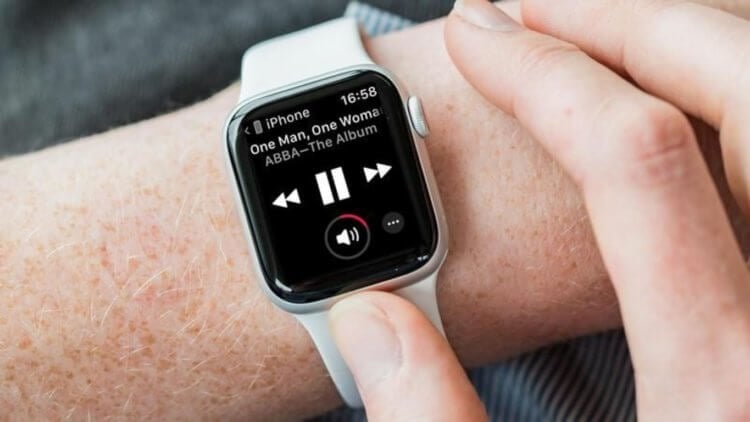 We’re talking about all the nuances of listening to music on the Apple Watch.

How to Manage Music with Apple Watch

Apart from the fact that you can listen to music offline on your Apple Watch, you also have the ability to control the music streaming on your iPhone. For example, I often use this feature when the phone is somewhere far away in my pocket.

To control music, Apple Watch has a separate menu where you can: 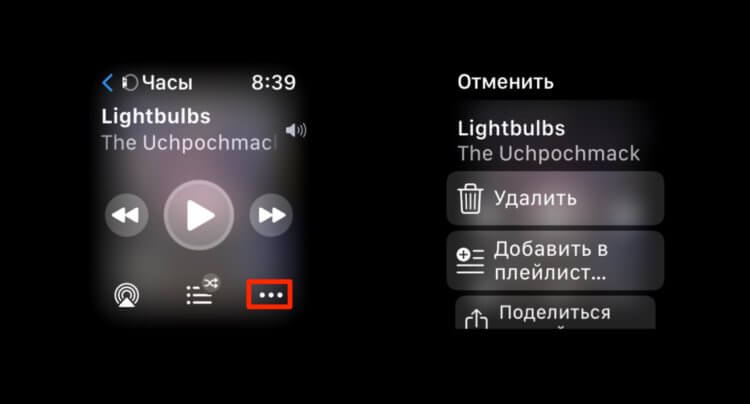 This is what the music control menu looks like on Apple Watch.

There are four different ways to open the Apple Watch music control menu:

Just open the app and control your Apple Watch music from here.

Click the top icon and control the music on your watch.

Open the Now Playing app by pressing the power button.

You can control the music on your Apple Watch by pressing the button on the watch face.

How to Listen to Music on Apple Watch Without a Phone

In exactly the same mode, you can listen to music on Apple Watch without iPhone. Previously, Apple smartwatches only worked with Apple Music. But long how can you download any other streaming service app and sync all the music with it. To begin with, I suggest dealing with Apple Music and then considering alternatives. 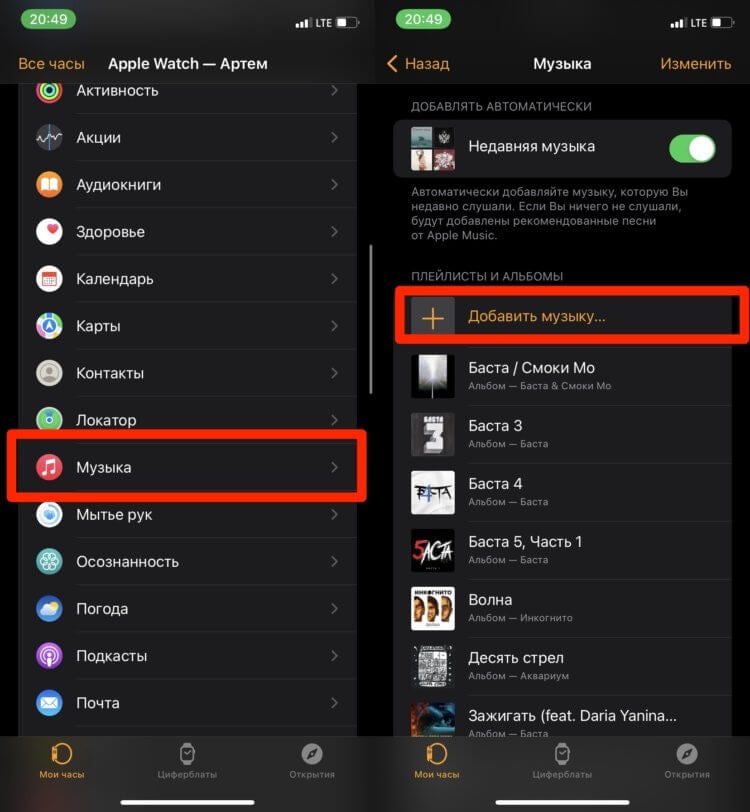 You can download music to your Apple Watch from the iPhone app.

There are many nuances in this procedure. First, the watch must be charging. Otherwise, the music on the Apple Watch simply won’t download. Second, sometimes the clock is off and some albums are not added. In this case, it is better to download the albums to the iPhone first and only then to the watch.

You can make your life easier and turn on the toggle switch in front of the Recent Music item. So the iPhone itself will understand what you’ve been listening to lately and automatically add music to your watch. Very comfortably.

Well, the last nuance I would like to talk about is the inability to add multiple songs at once. For some reason, Apple only lets you add entire albums and doesn’t allow individual songs. In this case, I recommend creating separate playlists and then uploading them to Apple Watch.

After paying for a subscription to Apple Music became a real test, many moved to domestic Yandex.Music. I must say that the service is quite worthy and at the moment it is the main contender for the title the best alternative to Apple Music.

In addition to the application for iPhone and iPad, Yandex.Music offers a separate version for smartwatches. To download Yandex.Music on Apple Watch, follow the simple instructions: Downloading Yandex.Music on Apple Watch is not difficult, but there are few features.

And here comes the most interesting part. Unlike Apple Music, where the watch basically has a full-fledged app, in the Yandex.Music app you can only change tracks and the like button. Neither downloading music, nor viewing playlists, nor deleting a song on the watch will work.

Spotify also has its own music app, but since that service left Russia, I don’t see much point in talking about it. These guys, unlike Yandex.Music, made it possible to listen to songs without an iPhone. If you are interested, we wrote about this in a separate article.

How to Listen to Music on Apple Watch Without Headphones

Alas, but listen to music on Apple Watch through built-in speakers it’s forbidden. Apple itself warns of this on its official website. Only a few features can be used with the built-in speakers:

But Apple Watch lets you stream music through some Bluetooth speakers. Here’s how: 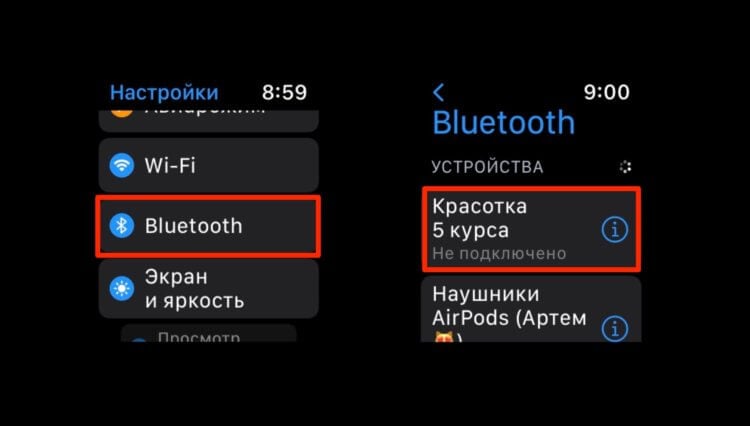 You can find the speaker you want to connect to in the Bluetooth section.

If you are having trouble listening to music on Apple Watch, please feel free to contact our Telegram chat. With the readers, we will certainly understand your problem. Also, don’t forget that we have our own Telegram channel, where we post all the latest news from the Apple world. Subscribe!

An iPhone without a camera? seems to exist

How to unsend and edit a message in iMessage