Most users around the world use the product of Microsoft. Someone buys it, someone pirates it, but the fact remains. Exactly Microsoft Word is one of the most popular text editors in the world. They are taught to use in schools and institutes. Most employers choose it for work computers. Therefore, users do not even have a question about what it can be replaced with and whether it should be done. 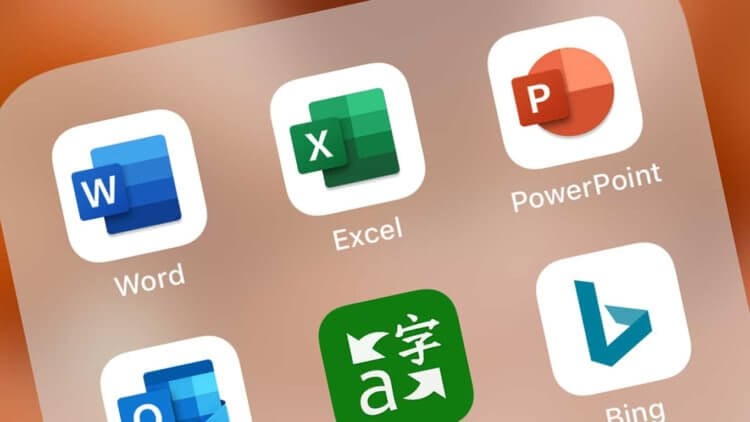 For the iPad, there is a wide selection of office applications, but many use solutions from Microsoft out of habit.

But, starting to work actively with texts, I thought: do I need everything Microsoft Word functionality? Most surprisingly, no. If you think about it, Microsoft’s core package users only need creating text, basic formatting, adding tables and images. Let’s see what alternatives there are Microsoft Word on iPadwhich can replace it absolutely painlessly. 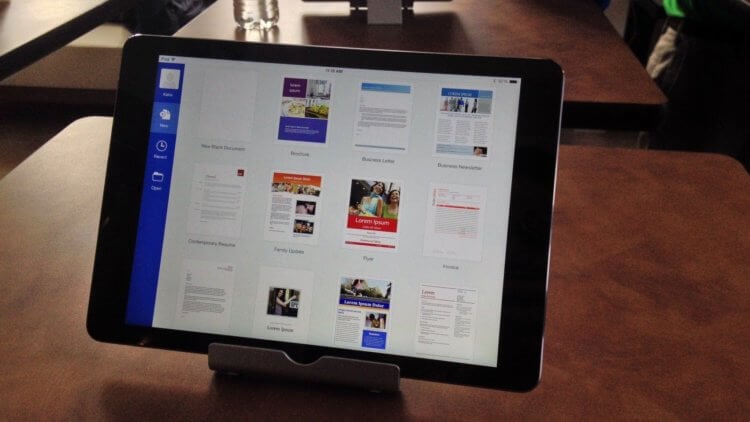 Try switching to a third-party solution and you’ll quickly realize Word’s functionality is overkill for you.

Since my first encounter with the computer, I have not imagined how one could refuse Windows and Microsoft Office. And if over time I moved to macOS and dismissing “windows” was absolutely painless, so Office is with me on all devices. And then I realized that its functionality was not even 30% used. I don’t create cross-references in documents and heavy tables of contents, I don’t make huge multi-level lists, and I don’t write macros. Even adding tables is like creating a table from standard layouts.

If you think about it, most users use Microsoft Office programs only as part of a basic creation and assembly. Of course, there are users who use all the features of the same Microsoft Word at most. But there are not so many such people and it is more professionals who need such things. Thus, I made the decision to remove Word from the tablet and try some of its alternatives. 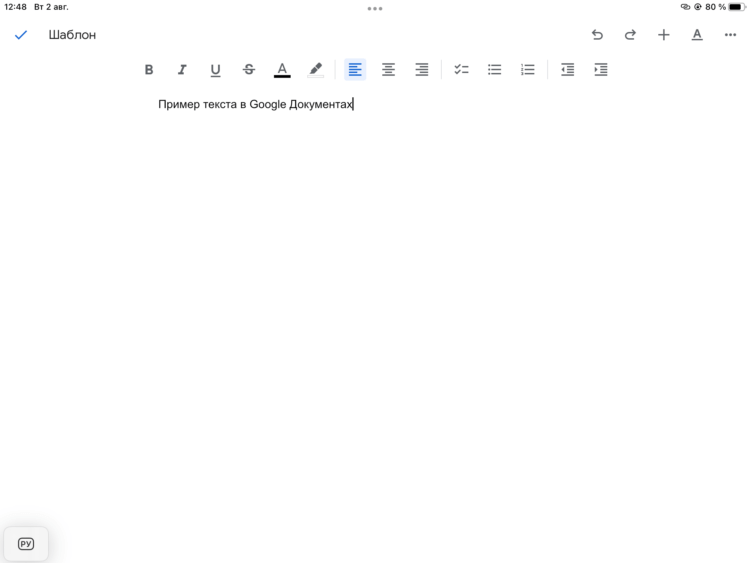 The most ascetic and simple editor. At the same time, its functionality will be enough for most users.

I immediately decided to stop choosing Google Docs. The main reason for choosing this particular editor was the ability to work with text and the complete absence of any in-app purchases. And most importantly, you can work on it without installing any program on your computer or tablet. Because iPad I only have 32 GB, so the free memory is worth its weight in gold. This is why such an opportunity becomes, in fact, decisive.

All documents are synced across all devices via Google Drive, so there were never any problems with backing up the data. Google Docs offers basic text editing features:

These are all features that every average user needs. And they work quite accurately and correctly. But the main thing is that without any problems you can provide access to the text to absolutely everyone who has the Internet. No specialized software is required. Just open the access, select a role: reader, commentator or editor and send a link. After that, depending on the role, the recipient can either just read your text, comment on its individual parts, or make changes directly to the text.

For many, it will be important that the document created in Google Docsbox save in Microsoft Word and send to other users by e-mail. At the same time, they will open it in Word without any compatibility issues. In all, Google Docs is an excellent text editor that I sincerely recommend everyone to try. You obviously won’t regret it. And above all, you can refuse paid Microsoft Word.

My Office for iPad 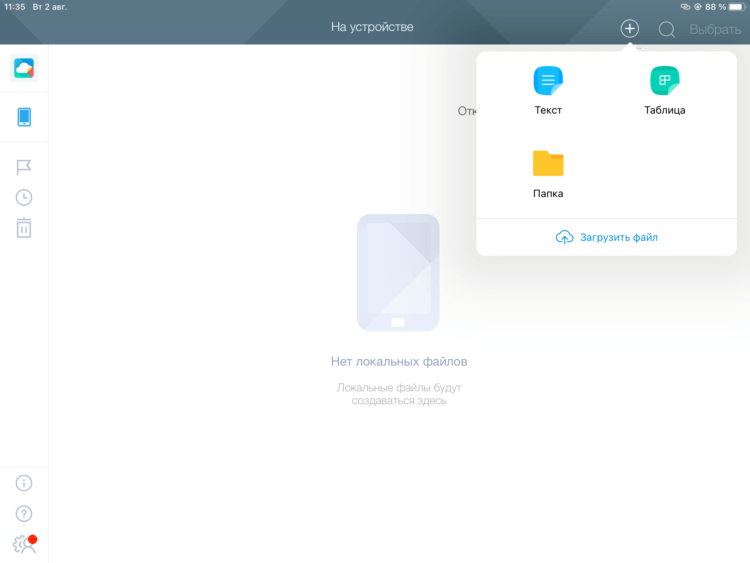 I am happy that such high-quality software appears in Russia.

For those who for some reason do not want to use Google Docs, but still need to replace Microsoft Word, I advise you to take a closer look at the application “MyOffice Docs”. In terms of functionality, it is very close to Googledock or Word. The most important thing is that the application was developed by a Russian company, and no sanctions or withdrawals from our country in this situation apply to it. You can safely get used to its capabilities and appearance, without fear that after a while the program will simply become unavailable. 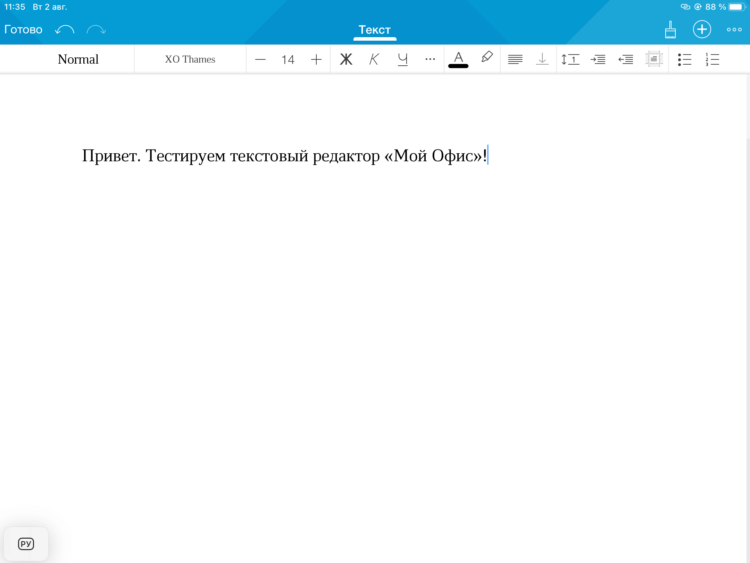 The interface looks like a combination of Google Docs and Microsoft Word.

All basic text formatting features are available in the program. Appearance is very close to Microsoft Word. The document is created immediately .docx format and lets you share it easily. What some users might like is the ability to add audio commentary to parts of your file. Most importantly, the app is completely free and contains no in-app purchases. And besides, it does not require internet access to work. 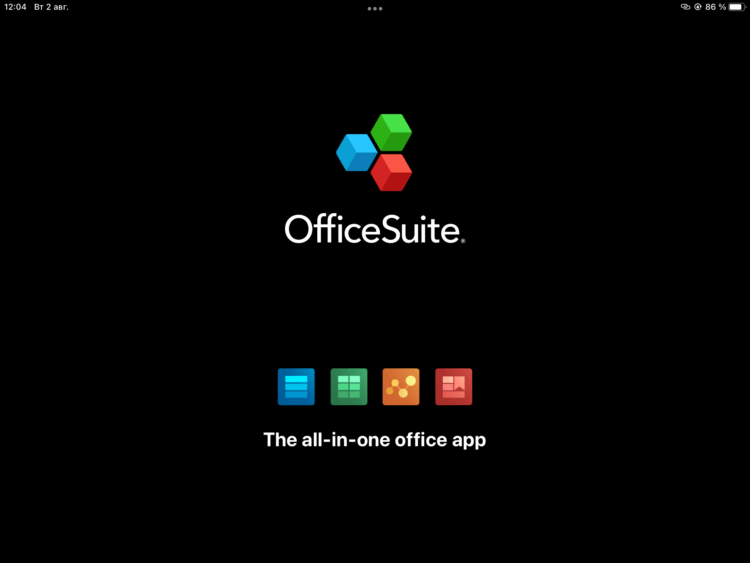 OfficeSuite is the most advanced alternative to Microsoft Office.

For those who need Word-like functionality, but don’t want to use Microsoft software for some reason, you can try office suite. The application allows you to view all office documents for free, but you can only edit them with a subscription. The subscription costs 3790 rubles per year and unlocks all the features of the application. For this amount, you will receive: 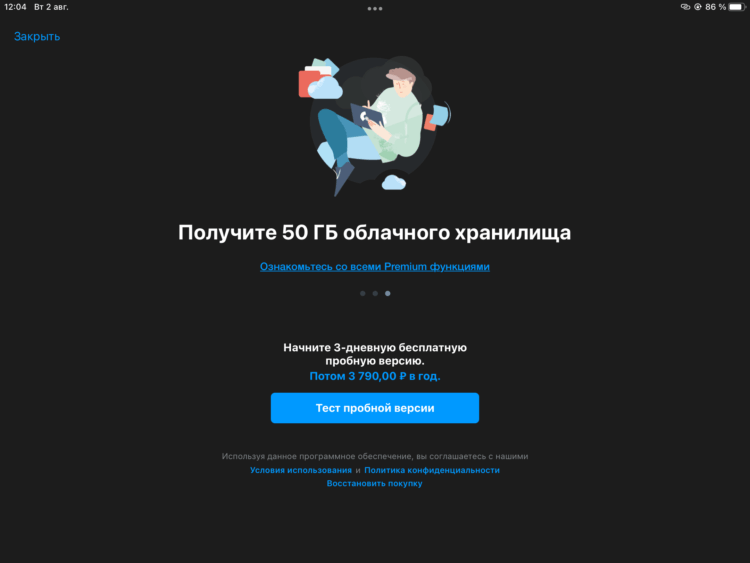 Unfortunately, without a subscription, you can only admire the documents. 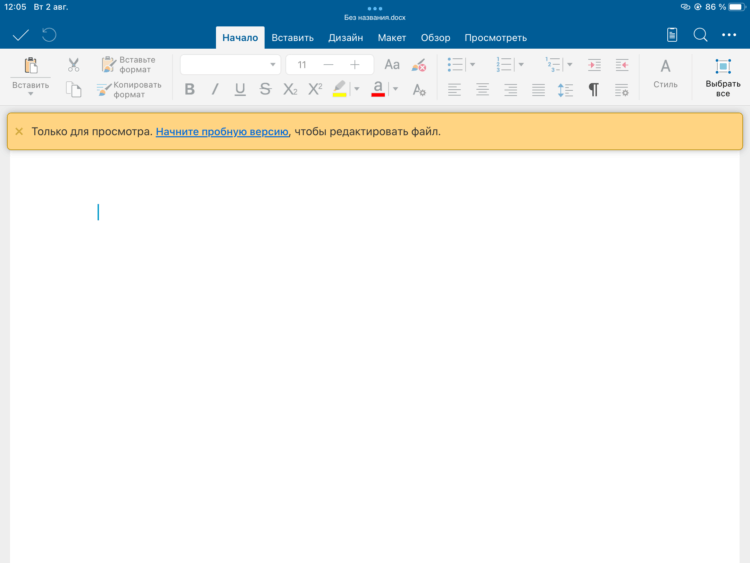 Appearance almost one to one Word repeats.

In general, almost everything is the same that provides Microsoft when purchasing or subscribing to your office suite. It’s a pretty good offer, but I advise you to understand exactly if you need all these features or if you can always limit yourself to free applications. It’s unlikely anyone will want to pay for something they don’t use. If in doubt, the program offers a three-day free promotion period during which you will definitely decide whether to renew your subscription.

Apple deletes nearly half a million apps in just 3 months