Good day to all!

At first glance, today’s question is quite simple, but at second glance, the task can become very complicated if you need a screenshot with certain conditions: for example, whether with arrows , registrations (automatically created, etc., etc.). Of course, I do not promise to take into account all the “subtleties” 100%, but I will try to consider the main thing… 😉

So … In general, if you have chosen and use one of the Linux distributions for beginners, creating a screenshot (screenshot) should not cause any difficulties. As a rule, it is sufficient to press the Print Screen key. However, in this way it is possible to capture far from everything (and not always)…

That is why in some cases you have to resort to additional installation. apps. What? Consider below… 👇

To note: Of course, the applications below are not a panacea. Screenshots can be used to create hundreds of other programs, and it is hardly possible to collect them all in one note…

As mentioned above, in the vast majority of Linux distributions, to create a simple (without inscriptions, arrows, etc.) Screenshot not additional. no app needed! (this can be done through the desktop environment by pressing 1-2 buttons on the keyboard).

Which keys and combinations are commonly used:

Depending on the software used, there may be other keyboard shortcuts (these are just the most common). 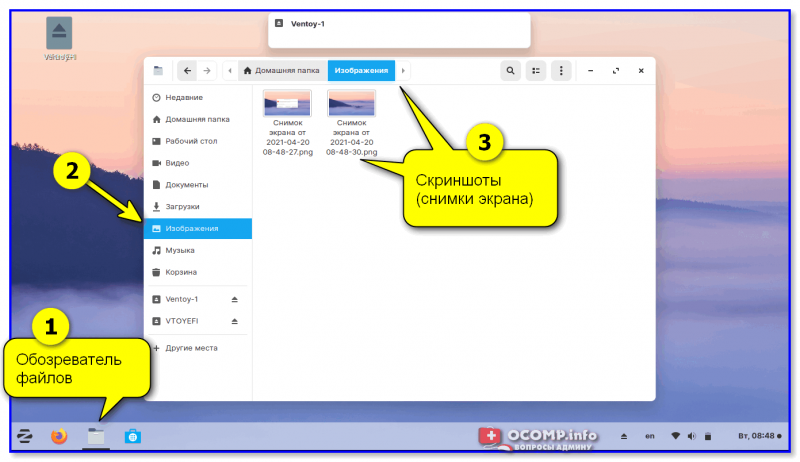 Where screenshots are saved by default in Linux (Zorin OS)

Also note that many distros have pre-installed applications for creating screenshots (most often these can be found in the menu START / Charts). For example, there are in Deepin, Linux Mint, Ubuntu, etc.

Yes, usually these applications are very simple, but still…

One of the simplest and most convenient programs for quickly creating screenshots! Allows to use its own editor to apply arrows, text to screenshots, blur areas, crop area to desired size, etc.

I would note its good compatibility with most distros and undemanding resources.

To install on Ubuntu (Mint, etc.), open a terminal and type: 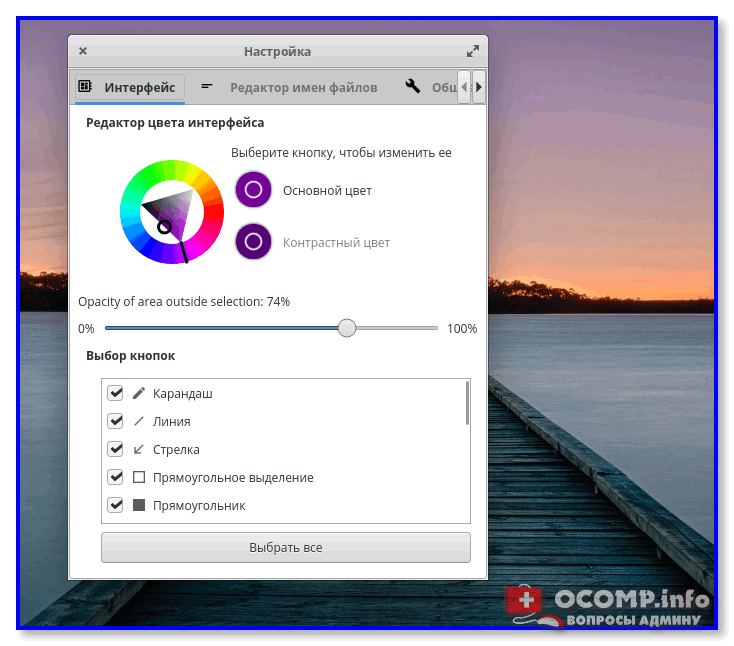 To note: Keyboard shortcuts for working with Flameshot are configured in the program settings (Print Screen is not enabled by default!).

Kazam – this application is universal: it allows you to take screenshots and record videos with everything that happens on the screen (the sound of the speakers and the microphone too!).

In addition, in the settings you can select the desired area (or a specific window), set hotkeys and timer duration (before recording). This may be needed to save various drop-down lists.

To install the application on Ubuntu (and similar distributions):

A fairly powerful program for creating and editing screenshots. You can add not only text (of different fonts) and arrows to the image, but also emoticons, highlights, blurs, numbers and much more…

Of course, the program supports hotkeys.

On facilities: available in the App Store on Linux Mint and Ubuntu. 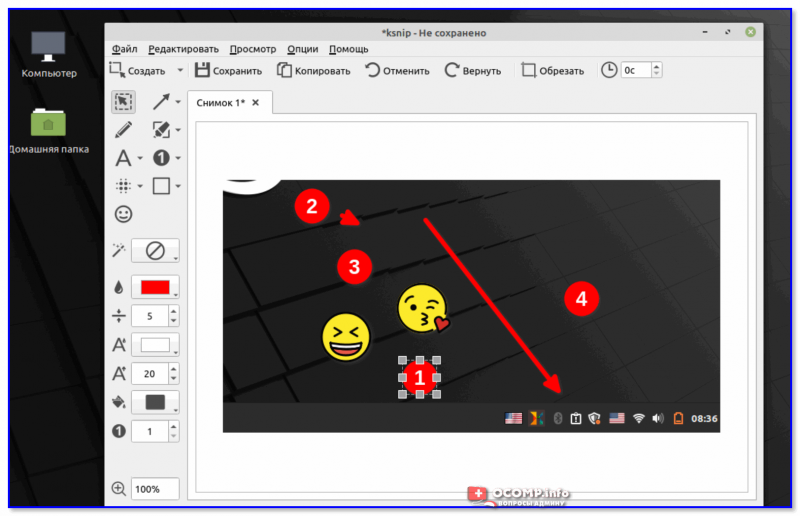 A working example with Ksnip

To install it is possible from the official website: https://shotnes.com/

Cross-platform application for full work with images (screenshots). Allows you to create and modify them. True, I immediately note that the editor here is simple: you can only crop the image, blur certain areas, add text or an arrow.

In general, for many works, this will be enough. In addition, the application can very easily and imperceptibly “live” in the tray until needed… 😉 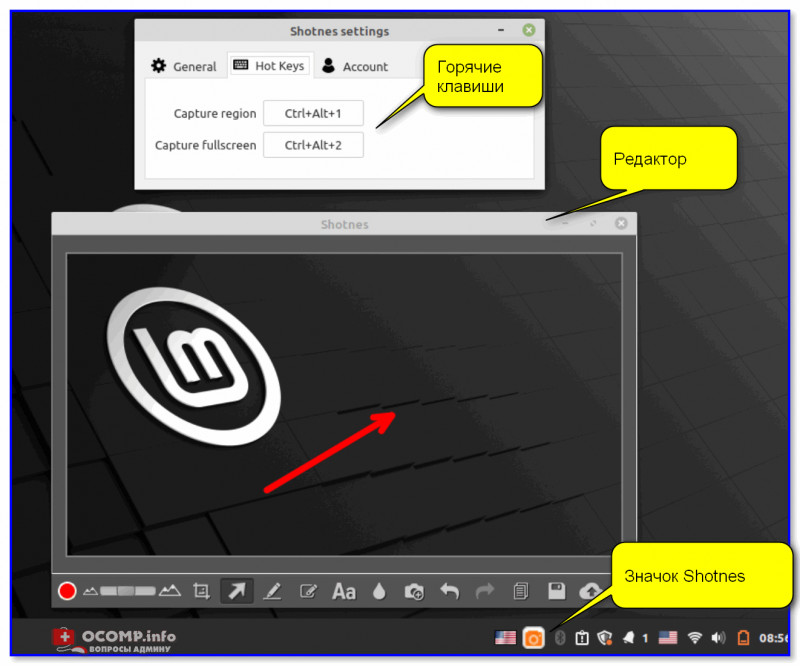 Is it possible to use screenshots for windows in linux

It depends on what… (some are unlikely to work normally).

However, nothing prevents you from trying! For example, the developers of LightShot even provide a small instruction on their website on how to “get” their app working on Linux.

1) The best screenshots for Windows – my selection

LightShot works under Ubuntu! (for example)

Yes, such “difficult” moments do happen. There are several solutions here:

The image is just a black area, instead of a screenshot of the window

On Windows this is more common (in my opinion).

Anyway, I would recommend the following:

Additions on the subject are welcome!

What is Kaios? [5 Cell Phones With System]

How to Recover Deleted Files on Linux – Step by Step

How to know the version of Linux (+ hardware information, PC specs)