Traditionally, in the spring of each year, all Apple technology users start talking about Apple operating system updates. Why now? Well, simply because WWDC takes place in early summer, where Apple shows updates and talks about new features to developers so they can implement them in their apps. Of course, most often they discuss the new version of iOS. Other operating systems don’t remember it at all or casually mention the need for certain functions and better software optimization. Today I would like to correct that omission and talk about new version of iPadOSwhich I have no complaints, but there are several requirements. 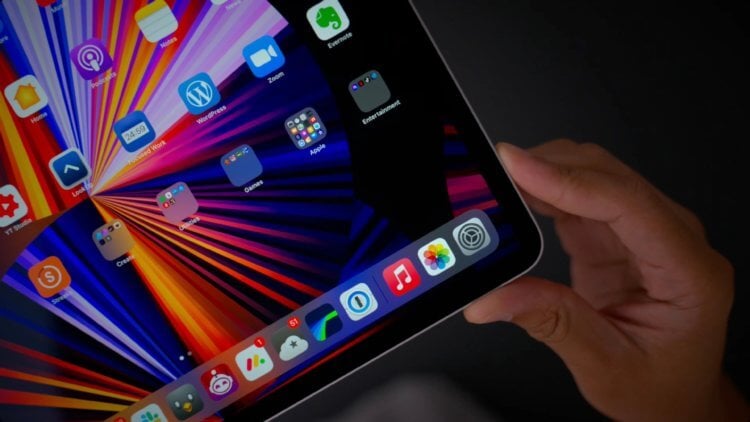 We tell you what we expect from the new iPadOS 16, which should be presented at the beginning of this summer.

For the moment, all the leaks concerning iPadOS 16 indicate the appearance of two chips: improved multitasking mode and updated notification interface.

Not too long ago, Bloomberg’s Mark Gurman announced that exclusive Focus settings chips would be added to all new versions of operating systems. For those not in the know, Focus is a new feature in Apple devices, through which you can flexibly configure notifications and ensure that notifications come at a certain time without disturbing you during the day. This feature is expected to be improved in new updates. 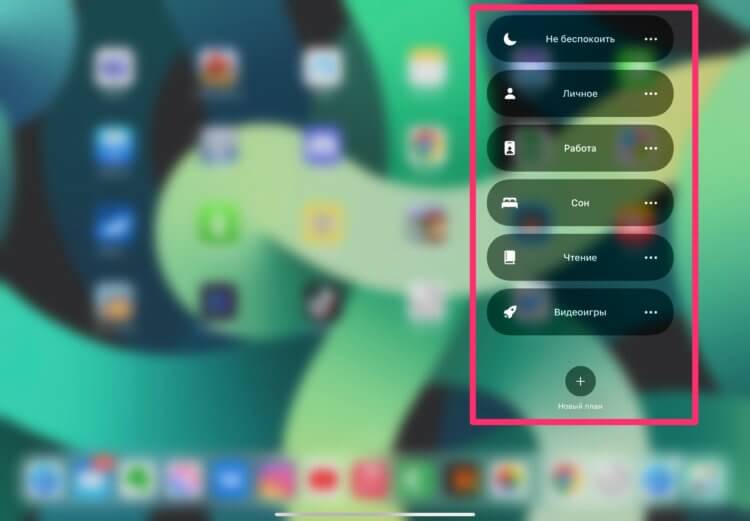 second important iPadOS 16 chip there will be an improved multitasking mode. For several years, iPad Pro owners have been asking Apple to adapt it to a professional range. It is not surprising, many use the firmware as their main working tool, and using an iPhone enlarged to a diagonal of 12.9 is such a thing.

No, of course, we can say that the Split View mode has recently appeared here, but for many it is not enough. Personally, I’m looking forward to the iPad version of Mission Control on Mac. You probably know that on Macs you can swipe the trackpad and see all open windows. So on the iPad you have to do something similar. 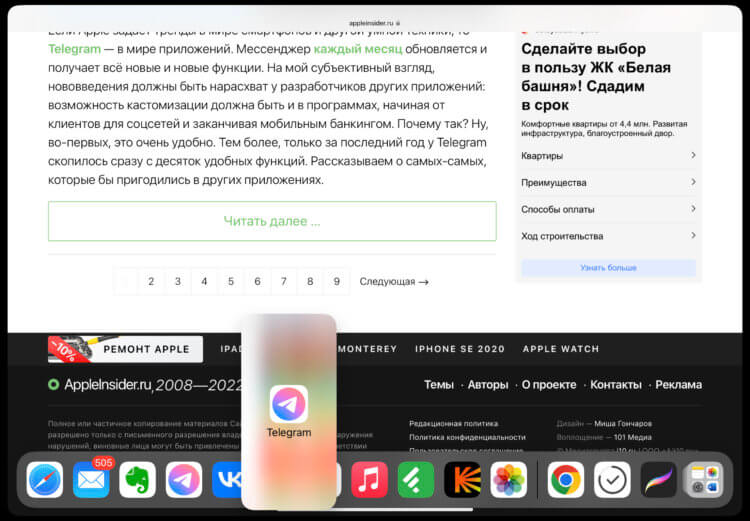 Now, in iPadOS 15, this is implemented via a retractable curtain. You’re sitting in an app and when it becomes necessary to open a second program, just swipe up from the bottom and an app bar opens. So it would be nice to pump this feature up a bit in the new version.

Well, think for yourself, what if I want to open an app that’s not in this menu? You have to minimize the program each time, open a second one, then go back – it shouldn’t be like that! 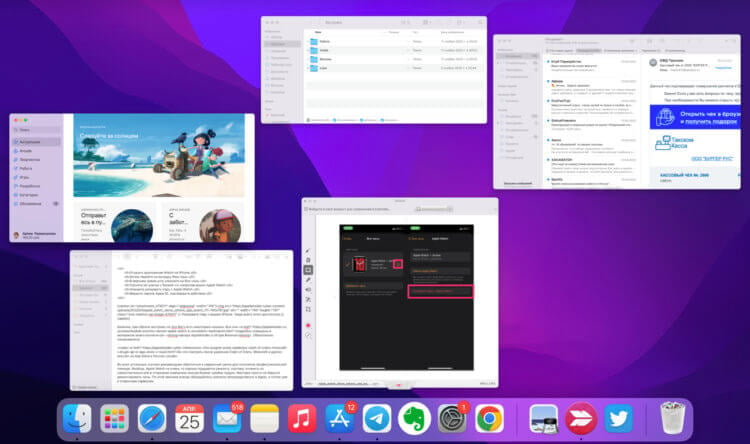 It’s the kind of multitasking I look forward to.

Also, I would like to see the ability to run up to 4 apps on the iPad at the same time. For the iPad mini, this is probably not very relevant, but for owners of the 12.9-inch version – absolutely.

By the way, I would like to talk about the iPad mini. Again, a very specialized device for those who like portability. Well, imagine you’re an artist or a designer and sometimes you need to add sketches or make changes to the finished project – a mini is the perfect solution for this case. 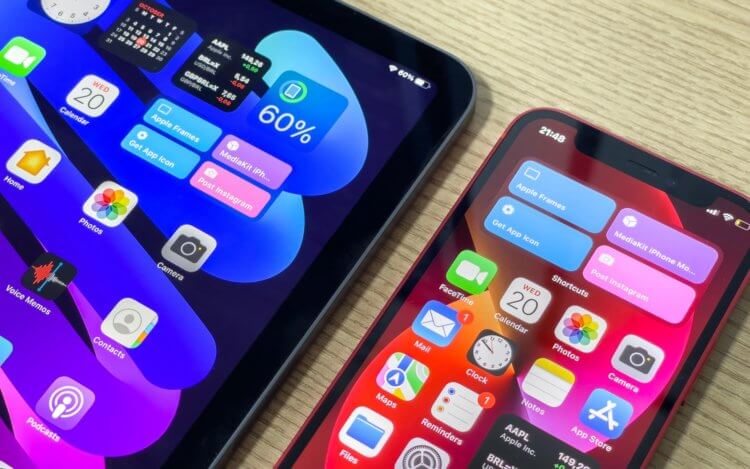 Now using the iPad mini is just as inconvenient as the iPhone 13 mini.

Every year, more and more different chips appear in the iPad, which are not suitable for small devices at all. I used iPad mini 6 for a few days and it was just unbearable. Fonts are small, you can’t see anything, programs look overwritten, and stuff like that. Widgets are usually a problem, they’re downright tiny – you can’t see anything. With the iPhone mini, apparently they solved the problem by excluding it from the line, but you won’t be able to remove the mini, so you need to optimize it. We are waiting!

And, of course, we cannot say interactive widgets. Many iPhone owners say that Apple smartphones need this feature like air, but I don’t understand them. On the iPad, it’s a different matter. Think for yourself, the screen is big, push inside each widget as much as you want and there is no problem. This is especially needed in journal apps like Things 3, Notes, and Calendar. In general, we are waiting! 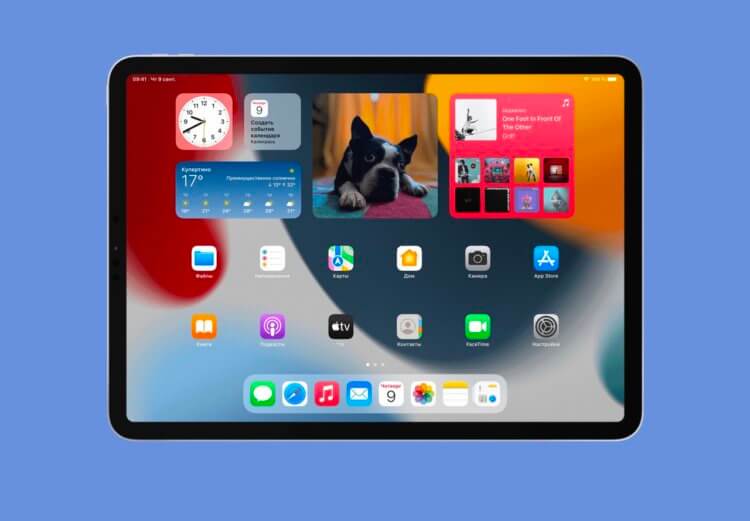 No, well, everything is beautiful, of course. But can you add a little functionality?

Currently accurate list of devices supporting iPadOS 16 No, but there are assumptions about it. Apple didn’t drop iPadOS 15 support for older models last year, which is likely to happen now. Also, not so long ago there were rumors that some iPhone models would not support iOS 16. iPad, maybe the same story awaits you.

Actually these devices will not support iPadOS 16:

When will iPadOS 16 be released?

With a high degree of probability iPadOS 16 will be presented during the WWDC 2022 annual developer conference, which will be held from June 6 to 10 this year.

After that, the beta testing program for developers and public beta testers will begin, and it won’t be until fall 2022 that we’ll be able to test iPadOS 16 in action. It is possible that this will happen exactly in time for the presentation of the new iPhone 14.

Maybe you have some of your own complaints about iPadOS that we forgot to mention? Give your opinion in our Telegram chat or in the comments below, it is very interesting to read.

the most recommended Kindle throws its price