iPhone 13 Camera Breaking: When you hear the phrase “iPhone crashed”, what do you imagine?

Probably something like a split screen, or at least a glass back wall. In fact, it is very annoying. On the other hand, I dropped my iPhone on the pavement and the side edges were damaged, which now have some “burrs”. It’s unpleasant when fingers get on it, but you can use it.

Much worse when the camera breaks. But if a cover can save me from damaging the edges, then it’s far from a fact that it will protect against a broken camera. Why is this happening and what to do about it? Let’s try to understand.

Anything can be broken, but the new iPhone’s camera is particularly sensitive to it.

Let’s start with the fact that the iPhone camera usually has very pleasant breaks (sorry we can’t see it). The outer glass is toughened and on impact, it simply shatters into small pieces. Therefore, he cannot break a little, but at the slightest blow, he is completely knocked out. Below I will talk about how to replace it, but for now, it is worth understanding why this is happening.

The last two generations of iPhones have quite bulky modules that have drawn a lot of criticism. The phones themselves have become quite heavy, especially the models with the Pro prefix, including the Max versions.

The glass of the enlarged module is no longer manufactured as before, and because of this, it breaks much more often. Our friends at Apple Pro said that since the release of the iPhone 12, the number of repair calls with a broken camera has increased dramatically. 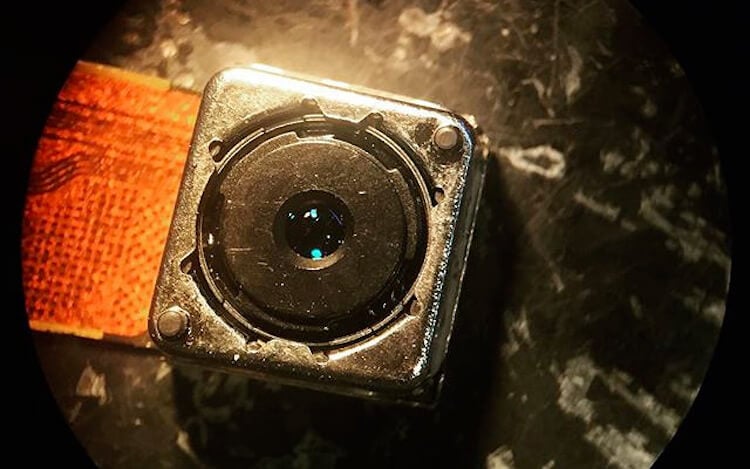 The camera is the centrepiece of a phone for many users. It’s very annoying when it breaks.

What is Tempered Glass?

Let’s first recall what tempered glass is. If without clever formulations, this is a glass that has increased tension inside. It turns out to be very strong, but if you bend it or make another impact, it simply collapses. So, for example, the side windows of cars are made.

They are very strong, but upon impact, they crumble into small fragments. This is done to avoid injury, but you get the point. Much the same happens with the bezels of the phone’s cameras. By the way, the screen also deforms when a smartphone or tablet is dropped. Therefore, the iPad suffers more from drops, which we have talked about fixing in this article.

Previously, the iPhone camera glass was flush with the metal frame of the camera module, and even the body. In the iPhone 12, the glass protruded from the camera. In the 13th generation, this problem was partially solved, but not so much that the camera stopped breaking. Now she also suffers because of the large size of the glass itself. It is logical that the larger the glass, the more fragile it is.

But if the camera glass is broken, don’t worry. Such damage is not condemnation and is quite easily repaired. Masters of good service centres have long learned to change the glass separately from the module itself. So, for example, in Apple Pro, you can do it quickly and inexpensively. The camera must be repaired as soon as the glass breaks. Otherwise, a lot of dust will get inside, and the repair may be more difficult.

Can you use a phone with a broken camera?

You can use a phone with a broken camera, but at the same time, you can’t. It sounds absurd, but that’s exactly how it is. That is, the camera itself will work and take pictures. The outer glass is also part of the optical design and makes its own changes, which are taken into account by the sensor. Without it, the image may be different. Additionally, the sun may appear flared. But in the shade or indoors, as a rule, the camera takes about the same as before.

But do not forget that the outer glass not only protects the camera but the entire smartphone. For example, water protection is already a rather conditional option, but if there is no camera glass, even high humidity, and not just water, can kill the phone. And dust and lint will also get into the camera module.

This can not only contaminate the lenses, which can no longer be wiped, but also disrupt the operation of the camera module itself (problems with autofocus, stabilization, and others).

What happens if you don’t fix your iPhone camera?

If the repair is delayed, the module may suffer so much that it will no longer be possible to restore it, and you will have to change the entire camera, and this is completely different in terms of money and time.

If the case is broken, the damage to the camera is no longer so scary.

If you request repairs in time, the craftsmen will carefully clean the glass fragments and dirt that have already managed to get inside the module. After that, they will check the functionality of the module, and if everything is fine, they will replace the glass with a new one. Thus, you get a phone that will delight you more.

Moreover, as practice shows, it is usually the glass that breaks, and if everything is done in time, the camera mechanism does not suffer.

You can perform any iPhone repair at the Apple Pro Service Center, whose services we have used ourselves for many years. Repairs, upgrades, customizations, etc. can all be done in Apple Pro, and you don’t even have to go to the service to find out how much a repair costs.

iPhone vs Android: Android Features That iOS Doesn’t Have

Why Apple Watch? Apple explains why the Apple Watch is the best thing that can happen to your health

Why do You Need an Accelerometer in New Apple Laptops

How to Install Windows on Mac with M1 Chip?

What is Apple Homekit?