At the conference WWDC 2022 Apple has announced a new camera feature as part of Continuity Mode. Now, if the user does not have enough built-in webcam in Mac, you can use your iPhone for this by attaching it to the top edge of your computer screen using a special bracket. Cupertino has not limited itself to ordinary shooting and has added additional parameters to improve the quality of the final image. The only question is whether users need it, as the front camera is mainly used for business calls, but not for creating serious photos and videos. 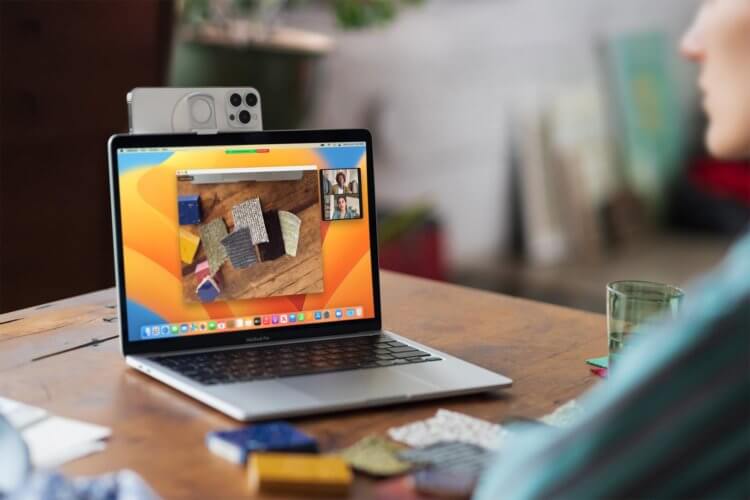 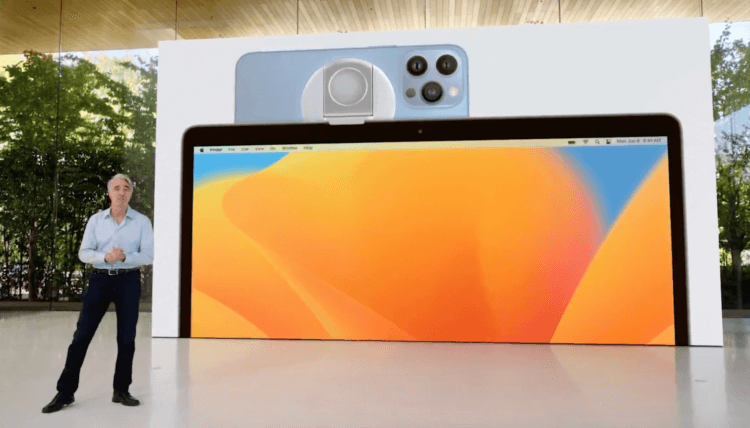 This use of the iPhone seems very strange.

The first thing to do to use Continuity cameras make sure your Mac has macOS Ventura, and on the iPhone – iOS 16. Currently, both operating systems exist in beta, so you perform all installation steps at your own risk. Before installation, do not forget to create backup copies so as not to lose data.

After installing new operating systems, you need to connect your computer and your phone to the same Wi-Fi network and unlock your smartphone. Because the Continuity Camera is seen as a system camera, the iPhone can be selected as the camera in any app where there is a select option. The iPhone 13 Pro Max and Skype were used experimentally. Despite the fact that the program was not updated for the new operating system, instead of the built-in camera, the iPhone came out without problems.

The options are displayed in the Control Center. Camera and microphone can be configured separately from each other. This allows users to use any other microphone they want. You can combine as you wish.

To improve the shooting quality, Apple has added some additional settings:

Spotlight lets you keep your face in the center of the picture using the ultra wide camera. Since this lens has a smaller aperture than a wide-angle lens, it takes a lot more light when using it. Otherwise, there will be a lot of noise during shooting. When this mode is disabled, the iPhone switches to the standard camera and the quality of the shot increases significantly.

office view designed to demonstrate the space on the table in front of the computer and keyboard. Let’s be honest, this mode with the holder presented during the presentation is just annoying. Desk View uses an ultra-wide camera. Corner iPhone Setup so that in the final image, the camera shows the image not in front of the Mac itself, but at a distance from it.

When using desktop computers, this will not be a problem – you can move back a little, but if you are using a laptop, moving, for example, the keyboard will not work. The camera simply lacks an angle of view. Desk View is well suited for large offices and users of iMac, Mac mini, Mac Pro, Mac Studio. These may be beta issues, but the camera view angle will not be extended with a stable release. 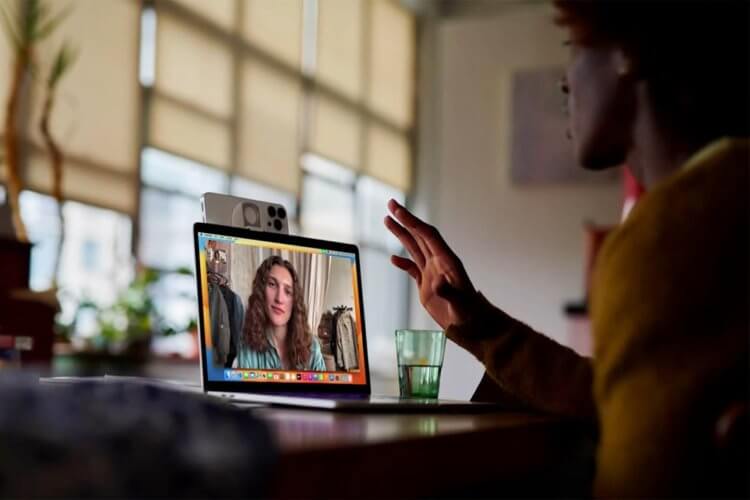 The stand, of course, will have to be purchased separately.

Many Apple computer users have a natural question: why? Why did the company find such a sophisticated way improve shooting quality instead of just installing a normal camera in the computers.

Yes, in new macbook air and Pro on the M2 chip, the camera was upgraded from 720p to 1080p, but the older cameras were sufficient for most users. Remote work, which has hit the masses with the Covid-19 pandemic, has brought employees home, but no one has yet been laid off because the front camera of work meetings was not the same as the camera main iPhone.

All this has nothing to do with the fact that smartphone holder will have to be purchased separately. We expect the cost of such a mount to be around $59. Due to the presence in it MagSafe it just can’t be cheap and again the question arises – why?

Honestly, I don’t see the point of all these tricks. I think the vast majority of users will agree with me. However, there will be those who believe that since such a case exists, then it should be used. It remains to be hoped that they will not have any problems and that the new functions will please.

How to Test Beta Apps and Games on iPhone and iPad

Now for sure: AirPods Pro 2 will be released in the fall and will be different from the original

After doing it with the iPhone, the first AirPods with USB-C are coming