iPhone SE 2022 vs Pixel 6a: Apple smartphones are bad or good. This applies to almost all models: the exception is the iPhone SE 2022, of which nothing bad can be said, but there is also little good either. It is just normal and does not cause any emotion.

Cupertinos overlook budget models, but that doesn’t mean everyone does: just look at Google’s Pixel 6a! The smartphone not only has the flagship Tensor chip, but also the appearance of the flagship. We explain why instead of cheap iphone better for the same price to buy a topchik on Android. 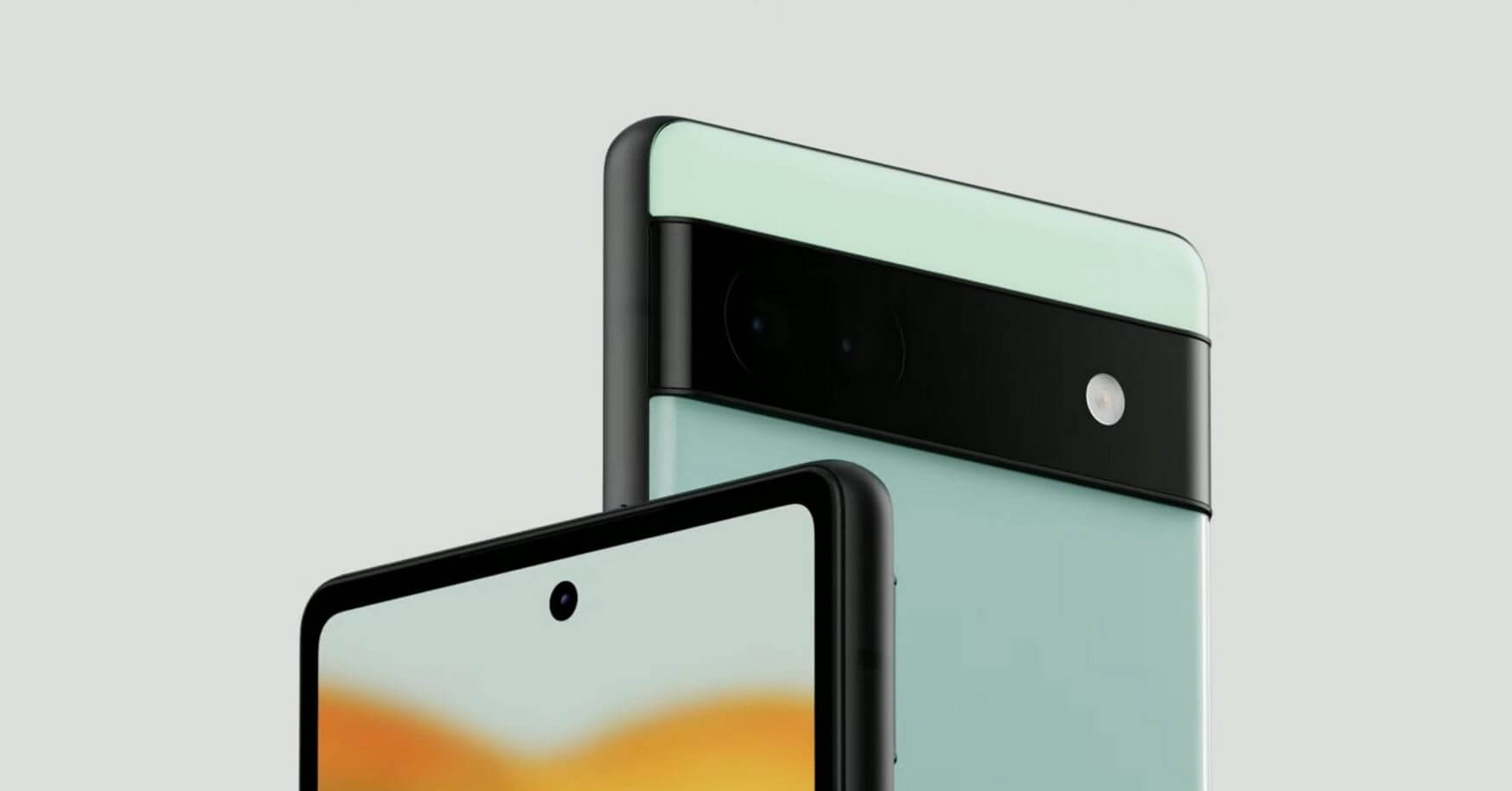 Google decided not to waste time on trifles and published Budget pixel exactly the same design as the top models. Everyone will not be able to distinguish the “firmware” from the 6a in appearance! And that’s good, because we’ve been waiting for the iPhone SE without Apple’s Home button for over a year.

Something tells me that the iPhone 13 mini, which Apple is about to shut down, will “appear” in a year or two, but under a different name and, therefore, at a more affordable price. Judge for yourself: the company can’t just go from a 4.7-inch iPhone to a 6.1-inch one, so 5.4 from a compact smartphone is what you need. Yes, and spare parts are probably in the warehouses from a penny to the dozen: iPhone 13 mini request was very modest, so I dare to assume that the next SE will be the twin brother of mini.

However, you have to live for today, so instead of the iPhone SE with a small screen, get a budget phone from Google if you can find it on sale!

Apple and Google went to some tricks to smart phone price didn’t go into space. Apple has been more greedy: the Pixel 6a has a 6.1-inch screen with a refresh rate of 60Hz, which is much better than the 4.7-inch. And it is quite possible to live without 60 Hz: most gadgets still have such an indicator, so 90 and 120 Hz always seem to be a curiosity.

In addition, Google has saved on what users do not particularly need – on wireless charging. Yes, it’s just not in the Pixel 6a, which makes the smartphone cheaper. The iPhone SE has it, but why? Unless you overheat the smartphone and kill its battery. 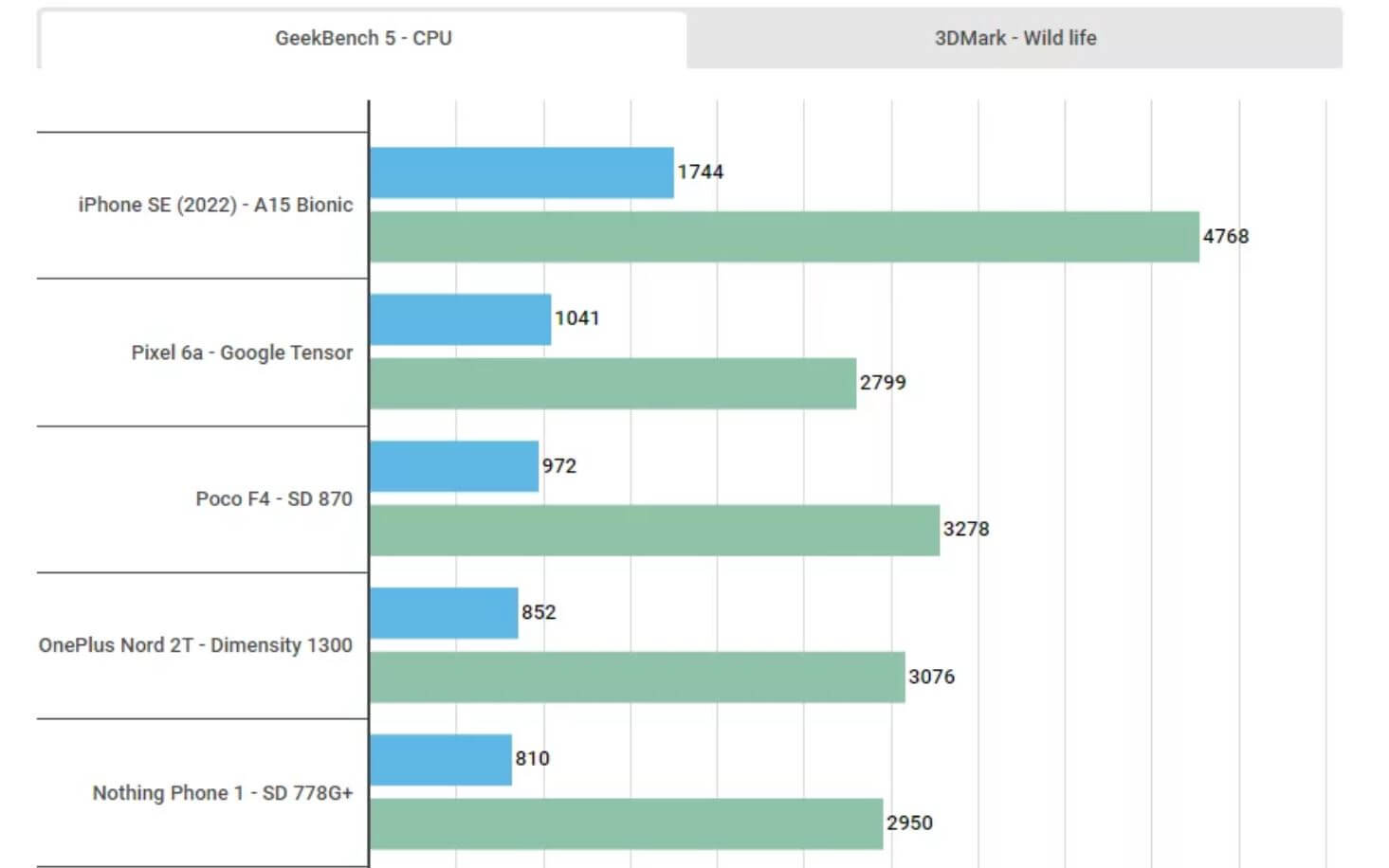 The Pixel 6a’s benchmarks are good. Should I take it?

Moreover, generally performance of cheap android smartphones – it’s a pain. But Google Pixel 6a has no problem with this: in the benchmarks, the smartphone is just behind the iPhone SE 2022 in this price category. Another plus in the piggy bank of a smartphone from Google.

Inexpensive smartphone with a good camera

Both smartphones have very good cameras, but in the Pixel 6a it’s even better: agree that two 12-megapixel modules are always better than one. And Apple doesn’t want to add a point blank night mode on iPhone SE.

There is no explanation for this except that the company wants so badly to protect a cheap model from expensive iPhones. And it’s very bad: even now cheap android smartphone have this feature, thanks to which images in poor lighting look more or less normal.

The camera isn’t great, but there is a night mode. And in general, the module is double!

At the same time, they don’t even have a high-end Snapdragon and are working on some MediaTek. Whether for business – Pixel 6a. He has night mode, although the smartphone camera is far from the first freshness. Therefore, the chickens scoff at the claim that the iPhone SE 2022 is affordable camera phone. In any case, it certainly has everything you need.

How much Storage does an iPhone need?

Another one lack of iPhone SE – memory size. Apple gave a cool giveaway by launching the iPhone 13 with a minimum amount of memory of 128GB at the same price, but that didn’t affect budget smartphones. 64 GB is critically small for a basic version of a smartphone in 2022. Even if you don’t store videos and play games on your smartphone, you will still have the lion’s share of storage taken up by the cache of app and music.

64 GB of memory flies away unnoticed

In my iPhone SE, 64GB ran out after a year, although I don’t often take photos or download new programs, and immediately upload all videos to the cloud. For the same price, the Pixel 6a offers 128GB by default, which is the sweet spot these days. On the one hand, it’s not that much, on the other hand, for the minimum wage, it’s even nothing.

Apple clearly has a lot to learn from Google when it comes to making low-cost phones, from cheap smartphones having to cut out unnecessary features and ending with the fact that government employees deserve more advanced cameras.

If Apple doesn’t fix it, the iPad has no future