Like it or not, Apple smartphones, in most cases, are not in vain considered reliable: they break down extremely rarely, and repairs are often limited to simple battery replacement. Despite this, the iPhone is prone to a common problem: screen burn-in.

This applies to owners of older models without Face ID and to new ones, which rolled out of the box just a few months ago. In most cases, the fault lies solely with the users, but this can be avoided by using the smartphone correctly. Today we will talk about why my iPhone screen fried And is it possible to protect the smartphone from this.

Do iphones Get Screen Burn?

Screen burn occurs on any technique, for example, on televisions. When a burn-in occurs, an interface element or an image is “printed” onto the screen. This is due to the constant display of an object – for example, iOS home screen icons. That is why they need to be rearranged from time to time (well, to change the situation). Otherwise, there is a big risk burn the screen when a static image is displayed.

At one point, it turned out that the iPhone X’s OLED didn’t burn as noticeably as it did on Samsung.

Some Apple fans weren’t particularly happy when the iPhone X used an OLED screen – they say they flicker, which causes fatigue, and these screens are also prone to burn-in. True, the cases are isolated, and the problem is not so serious because the matrices are checked and seriously tested before release.

the iPhone screen burns out not as loud as other smartphones – thanks to special iOS algorithms. To achieve this, we must persevere display at maximum brightness. The effect is cumulative, and there is no way to eliminate the “hanging” image on the screen: this defect is not even considered a guarantee.

Screen burn-in should also be distinguished from after-image: the former stays on the screen forever, while the latter begins to fade after a restart and fade-in.

Yellow iPhone screen around the edges

Some iPhone owners are also familiar with the case where yellow dots start appearing on the screen: in most cases, they appear around the screen’s perimeter while in use or right out of the box. It is not uncommon for yellow spots to appear at the pressure site, but everything is understandable. Experts believe this happens for several reasons.

A yellowed screen was common among iPhone SE and 5s owners.

There is nothing to do: the best is to enable a dark theme, but in bright areas when viewing videos or photos, as well as on Safari pages, the yellowing will be noticeable. Contact the service center for a warranty replacement, but pretend that the stains appeared on their own and you did nothing. But I didn’t tell you.

How to fix screen burn on iPhone?

Apple helps prevent screen burn-in by pixel shift in OLED displays: You may not notice it, but when the iPhone detects that an element has been on the screen for a long time, it slightly shifts the image by a few pixels. The scaling tactic has its downsides, but overall it’s not perfect, but it does help a bit. You should trust the manufacturer, but you should not deceive yourself. Here’s how you can extend the life of your iPhone screen. 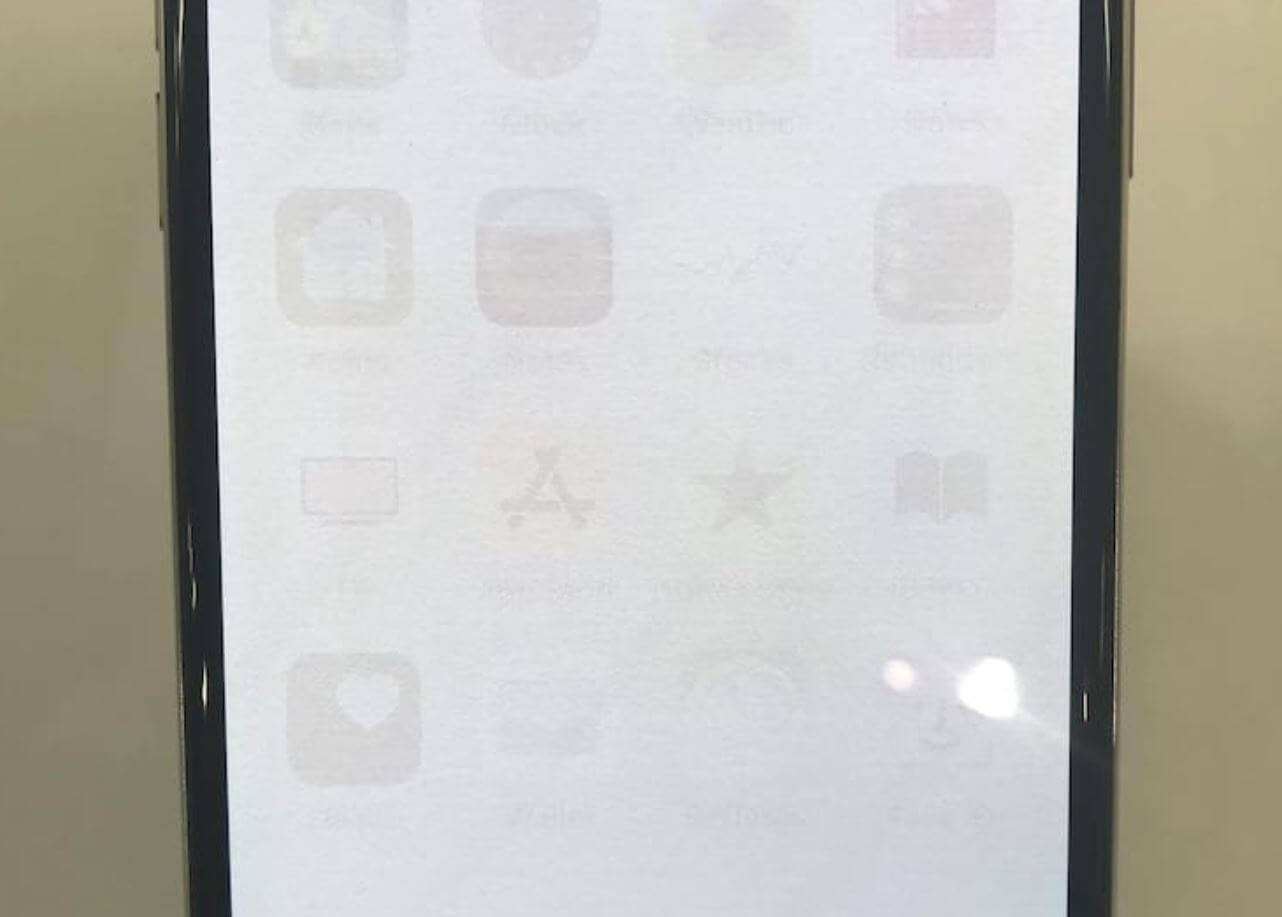 In any case, you should not worry too much about burnout. It only appears after several years of intensive display work, but here again one must try to abuse the iPhone. In the end, if you use your smartphone carefully, you will not encounter problems in the next 2-3 years, but it will probably find another owner.

How to Install macOS Mojave Beta?

How to Enable Universal Control Mac: MacOS and iPadOS

What to do if Safari not Working on iPhone and iPad

About AirPods Myths That We Still Believe