A few days ago, Apple released another iOS 15.4.1 update, announcing that it contains bug fixes and security improvements for the iPhone. One of the significant improvements was the increase in the operating time of the iPhone and iPad: many readers of our Telegram chat complained that the device began to discharge faster after the update. updated to iOS 15.4. Some have a problem increased battery consumption and even started earlier – on iOS 15.3.1. If you feel that nothing has changed after the update, that’s normal. It looks like Apple tricked us. 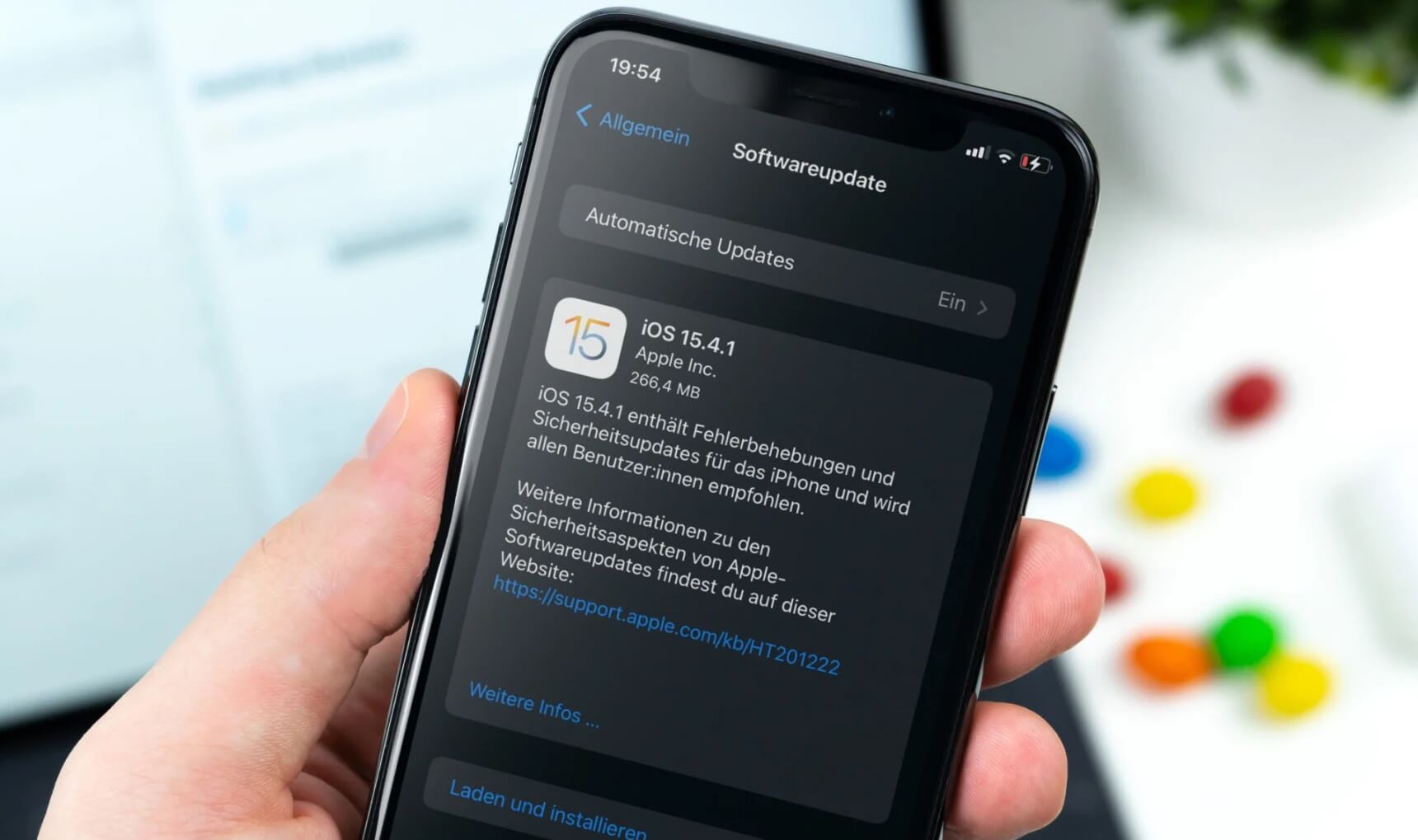 Apple promised to fix battery issues in iOS 15.4.1, but ruined it

The update that came out suddenly did not contain any changes. In principle, it was rather strange to receive iOS 15.4.1: it seemed that the system worked smoothly and without failures. Plus, we’re talking about iOS 15: probably Apple’s most stable iOS in recent times.

Despite this, there were still errors: our readers have complained about the fast discharge before. The ironic update affected a wide variety of iPhones – from the iPhone XR to the iPhone 13 Pro Max, although the current flagship is extremely difficult to discharge – at least remember the many tests that have tested it. have compared to the latest Samsung Galaxy S22.

To be honest, I stopped paying attention to the battery life of my iPhone SE 2020 a long time ago: the smartphone already drains quickly, and in a year it also lost 14% of its capacity, so I stopped hoping for the best a long time ago. If you haven’t noticed any change in battery life since updating to iOS 15.4.1, that’s fine. Enthusiasts have taken their own measurements and answered questions about battery life.

iAppleBytes experts used all iPhones that supported iOS 15 except the Max and mini versions of iPhone 12 and iPhone 13. All smartphones were pre-installed with iOS 15.4 update .1 and simultaneously launched the Geekbench battery test. First iPhone SE running out of battery 1st generation: after 2 hours 10 minutes, it already had a message about the remaining 20% ​​charge. After that he held on a bit longer and gave up at around 2 hours and 48 minutes. The 1st-gen iPhone SE was the first to drop

Then, in turn, they began to issue messages about the remaining 20% ​​of the iPhone 6S, iPhone 8 and iPhone SE 2020 charge. The most surprising thing is that the longest kept iPhone 7 Battery – he only received a notification after 2 hours and 54 minutes. In the same order, iPhones began to discharge one after another, respectively, iPhone 7 turned out to be the most persistent. I remind you that it is he who has the highest battery capacity – 1960 mAh against 1821 for the iPhone SE 2020. and iPhone 8. The weakest of this trinity is the iPhone 6S with a 1715 mAh battery. Of the other iPhones with Touch ID, the iPhone 7 lasted the longest.

iPhone 12 and iPhone 13 worked the longest – smartphones didn’t want to run out of battery for very long, but iPhone 12 was the first to do so – its time was exactly 6 hours 30 minutes. The iPhone 13 turned out to be the main long-liver, having worked for exactly 8 hours. At the end, bloggers publish statistics: they compare iPhone Battery Life on different versions of iOS. Among them was even iOS 14.4.2: it became clear that the battery started to work longer on iOS 15.4.1 only for iPhone 6S, iPhone 7, 8 and 12, but for other models with Face ID and iPhone SE 1 and 2-nd generation, battery life dropped. So, if Apple has improved battery performance, then on older models, and for that matter not all. The test, of course, allows for error for better and for worse. At the same time, it will not be difficult to notice deterioration on the same 1st generation iPhone SE, but on more modern models with a powerful battery, they will not actually play a role. Now, it is safe to say that iOS 15.4.1 basically did not fix the increased battery consumption and even made the situation worse. However, it’s up to you to judge iPhone battery life – synthetic tests aren’t objective and you should rely on personal observations only.

Write in the comments how it goes with your battery consumption after updating to iOS 15.4.

How to translate photo text on iPhone

How to call from a hidden number on iPhone