MacBook for Study: At one time, the MacBook Air became the ideal choice for students and students everywhere: light and compact, but agile and with a good battery, Apple’s laptop can handle any task at a relatively low price.

The convenience also lies in the fact that it will last a long time and not lose the performance that Windows laptops wear out over the years, regardless of their processor. So which macbook to buy for studyingbut not overpaid? Let’s try to understand.

We figure out that which MacBook for Study is the best for you?

There are currently two current models and one less popular. This, of course, concerns the MacBook Air M1 and M2, as well as Intel. Yes, yes, do not be surprised, a model not on an Apple Silicon chip is still on sale. So what do we have.

The MacBook Air M1 is the most popular variant currently on the market. It has excellent performance, serious battery life and very good reviews. The laptop is lightweight and its price creaks, but is slowly coming down.

I managed to find a MacBook Air M1 for $1200 around, which is quite acceptable in 2022 for a laptop in general, especially if it comes from Apple. This is of course the basic version with 8 GB of RAM and 256 GB of storage. But there are also disadvantages.

MacBook Air on M1 is the best option. Almost like the iPhone 12

Besides, one more Advantage of MacBook Air M1 is macOS Big Sur: advanced users like the previous operating system more. So if you try, you may find an option with that particular operating system on board.

The M2 chip is one of the most anticipated. And it did not disappoint users. Admittedly, the difference in power may remain imperceptible – it all depends on what you intend to do with it. The performance difference is 18%. This means that Photoshop or Final Cut Pro will run between 1.2x and 1.4x faster. 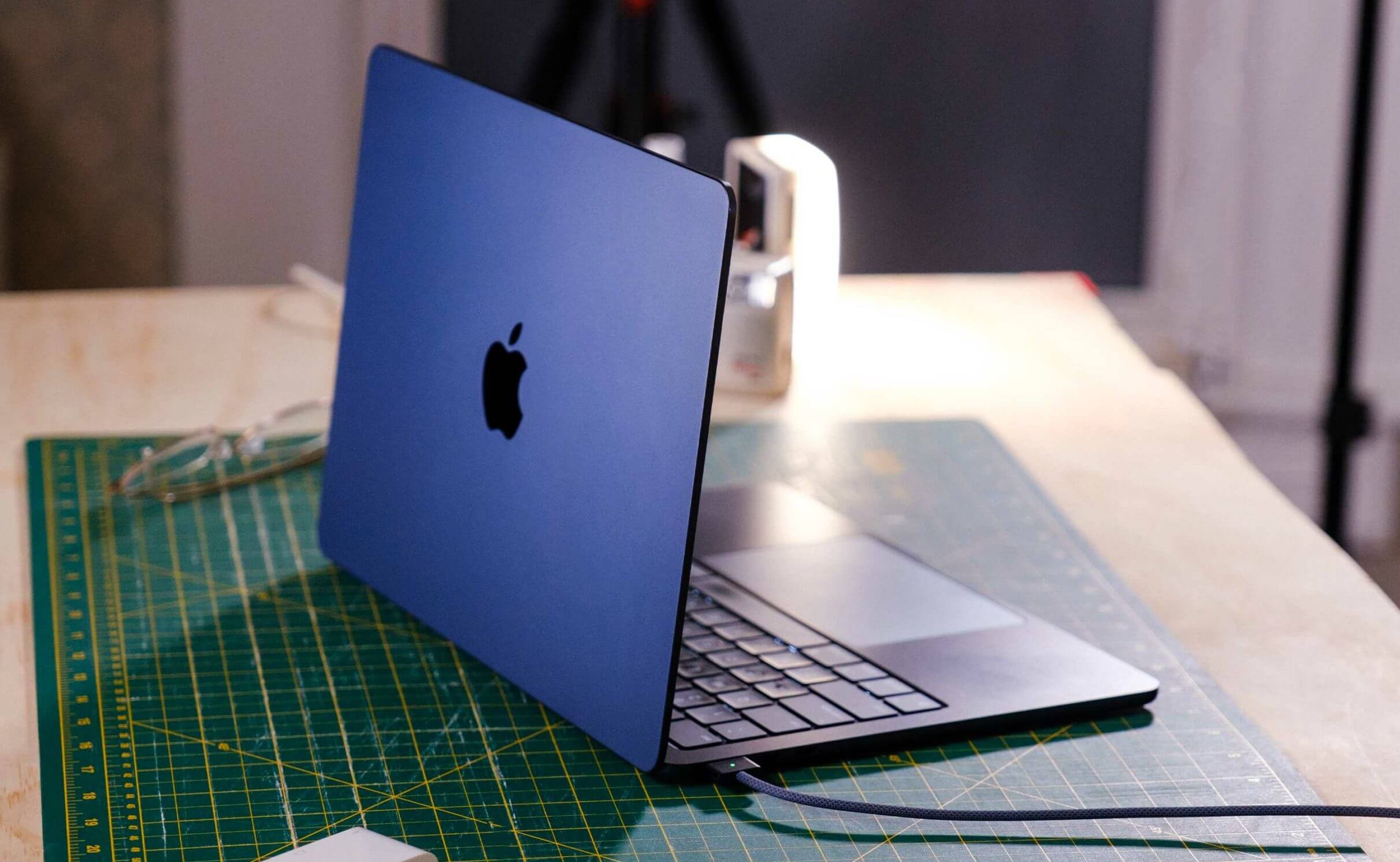 The Air M2’s slow SSD is no coincidence. It’s all about the shortage of crisps

Additionally, the new MacBook Air M2 return to MagSafe chargingwhich in itself is good and practical. The laptop also lost 50g in weight – so, on a note. But it was not without drawbacks: it turned out that due to the lack of additional NAND modules in the MacBook Air M2’s SSD, that’s why the write/read speed is lower than that of the M1. But the new MacBook is faster than others with browsers! Another one lack of MacBook Air M2 – his availability. There aren’t enough for everyone due to worldwide supply issues, so the model may not always be in stock.

Is it worth buying a MacBook on Intel?

Mac computers on Intel are inferior to solutions on Apple Silicon

In principle, it is very strange to broach such a topic in 2022: Apple is actively ending support for these laptops, forgetting about them like a bad dream. However, they are rarely available for sale. The problem is that Intel-powered Macs perform less well on a day-to-day basis than their M1 counterparts.

For all I know, MacBook on Intel if they buy, only those who need highly specialized software for this architecture. And speaking of updates: it is important to know that these laptops will lose support before others, and without updates, any gadget becomes a tasty morsel for cybercriminals.

In my opinion, if you want to be on time for back to school, buy the MacBook Air M1 – the best option for today. It has excellent filling, an attractive price (the difference is about 30 thousand) and it will not be a problem to buy it, unlike the Air on the M2. MacBook on Intel – not yet, it’s the last century for the average user and this computer does not bode well.

Don’t forget the colors: if you choose between Air on M1 and M2, they have serious differences. Additionally, the M2 is a more up-to-date machine that will receive macOS updates for longer. Whether it’s worth it is up to you.

Why is My iPhone Screen Black?

Is It Possible to Charge Your Laptop With Your Phone