After Apple de facto disabled Apple Pay in Russia, many of us have started thinking about how to get out of the situation now. After all, losing the opportunity pay with iphone and no one wants to take cards with them anymore or, even worse, cash, like a few years ago. The situation is frankly deadlocked. For offline shopping, you can stick a cardholder with a bank card on the back cover of the iPhone, which will replace your wallet, and you can use SberPay to pay for goods over the Internet. And what about Mir Pay? 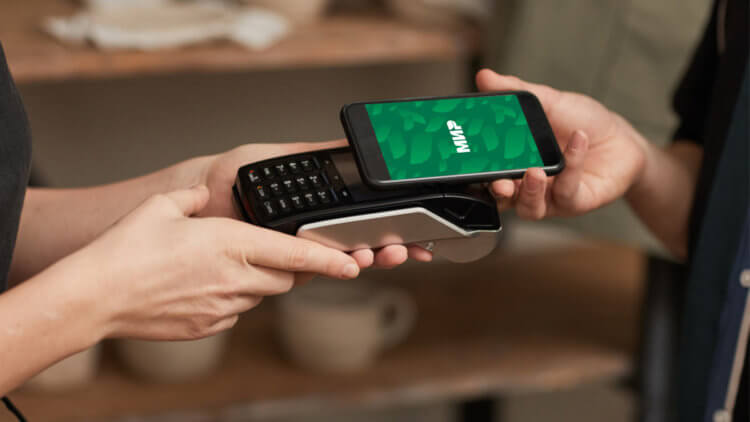 The iPhone does not support Mir Pay in any form, although it may

Despite the fact that Apple did not give anyone access to NFC on iPhone, a few years ago, she was closer than ever to that. Notably thanks to the efforts of the Russian authorities. If you remember, in 2019 the State Duma passed the so-called Russian Software Law.

This law required all manufacturers to install by default on their smartphones a set of ten applications from local developers. These included programs such as State Services, Yandex’s Alice and the payment service Mir Pay.

Is there Mir Pay on iPhone

At first, the FAS, which actively promoted the adoption Russian software law, was practically adamant about Apple. The service forced the Cupertino company not only to install applications from domestic developers, but also to violate a number of its own principles.

For example, allowing you to change the default voice assistant so you can replace Siri with Aliceand open the access of third-party programs to the NFC to ensure the operation of the payment service MirPay on iPhone. In Cupertino, they tried to make it clear that it was impossible, but the department did not attach any importance to it.

However, at some point the FAS unexpectedly dropped its claims and changed them in the most drastic way, making them as flexible as possible. First, the service allowed not to install applications under the Russian Software Law, but only to recommend them during the initial setup.

Second, they made an exception for Apple, which allows it to only recommend apps that are in the App Store, without having to force-add them. And third, change iOS as the permission to override the default voice assistant has become optional.

The world of payment on iPhone 2022 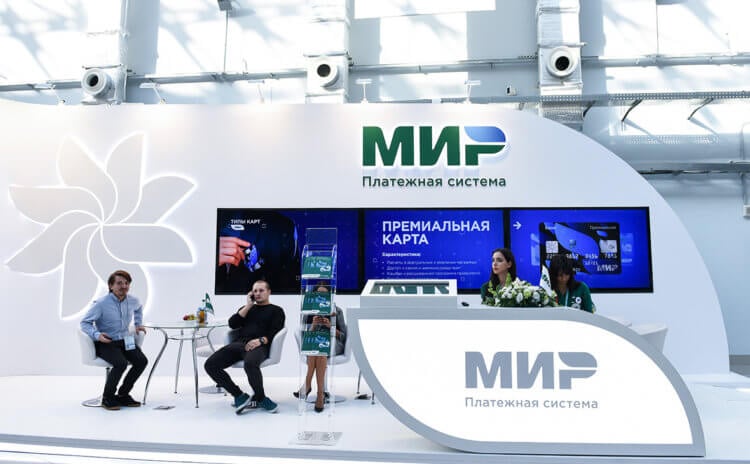 It is no longer possible to pay with a Mir card from an iPhone in any form. But that doesn’t mean you can’t pay with an iPhone at all.

How did this happen, you ask? It’s really hard to say. I well remember how fans defended Apple and said that MirPay on iPhone “kill” iOS and the company’s ecosystem, citing the fact that it will no longer be about security. Why? They just said it in Cupertino.

But that doesn’t really matter, because people are unlikely to have stood up for Apple. Rumor has it that Apple’s agents of influence were at work, who were able to pressure authorities to get the necessary wording in the law, providing exceptions specifically for the company. After all, manufacturers android smart phones they just weren’t needed.

Anyway, but today pay Mir Pay on iPhone not possible in any way. If you open the App Store, you will see that there is not even a corresponding application. And the only application associated with the Russian payment system is “Hello, World!”.

This is an application for participating in NSPK promotions, allowing you to receive increased cashback and discounts when paying for purchases with a Mir card. By the way, be sure to read, in this article we described in detail what discounts on the Mir card can be obtained in Russia.

How to pay from an iPhone without a card

However, this does not mean that pay with iPhone in Russia now you can’t. In fact it is possible. And even without a map. This is done by a service called Quick payment system. It is thanks to him that you transfer money to accounts in other banks simply by phone number.

But few people know that SBP allows you to pay for your purchases without contact. You don’t even need NFC for this, because payment is made via QR. All you have to do is scan it, confirm payment and payment is made instantly.

Although the SBP is not yet used in all stores, many distribution chains, catering establishments and companies that provide certain services allow pay via quick payment system by QR. Here’s how it works on the Wildberries example: 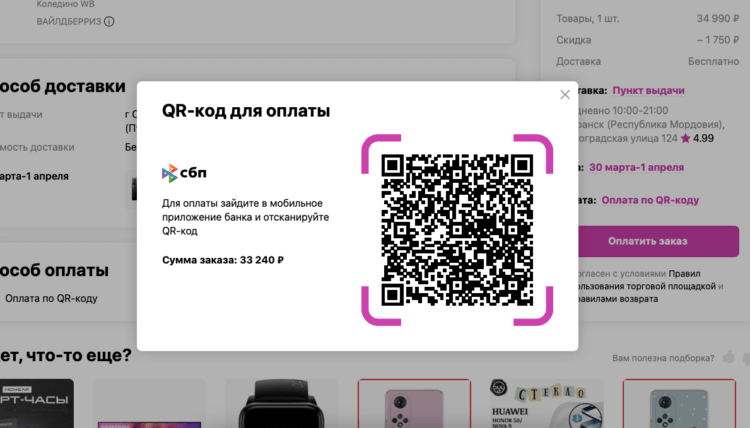 Each bank’s app has a QR code reading function

in many stores, where they accept QR paymentadditional discounts available. For example, at Wildberries, you can get a 1% discount on the total purchase amount. Yes, it is a bit. Basically, a trifle. However, any discount is better than none. Its provision is due to the fact that it is not Visa or MasterCard that is in charge of making the payment, which takes a large commission, but the NSPK, which has a lower commission. As a result, the store shares these savings with you. Only and all.

The 8 Best Apps for Taking Selfies on iPhone

iPhone not connecting to Wi-Fi. What to do