Introducing a new version of the operating system, Cupertino focused on its most popular devices: iPhone, iPad and Mac. Accessories were given minimal time and Apple TV was generally bypassed. But the company couldn’t get past the AirPods. A brand new feature has been developed for them called Custom spatial audio. If Apple just limited to this, it would be strange, because AirPods are the best-selling TWS headphones in the world, and users also want to see something new for them. 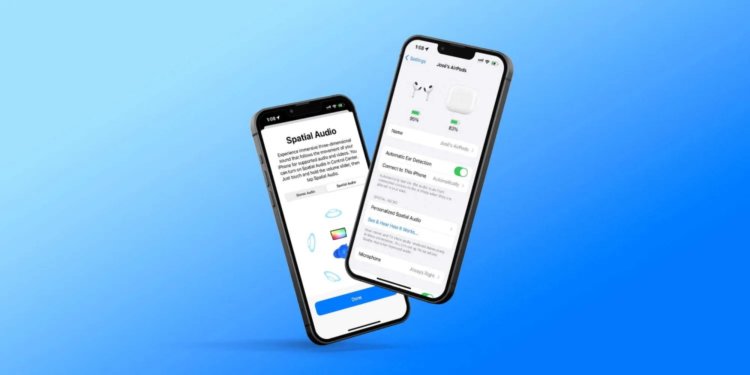 With each update of the operating system, the number of settings for headphones increases.

Some of the company’s innovations simply did not begin to be disclosed. In the first beta, it was discovered that AirPods Settings were moved to a more convenient place, and the operating system learned to determine the originality of the connection listeners. Is it really no longer possible to pass off a fake as an original? Let’s see how all these features work.

How to distinguish AirPods from a fake 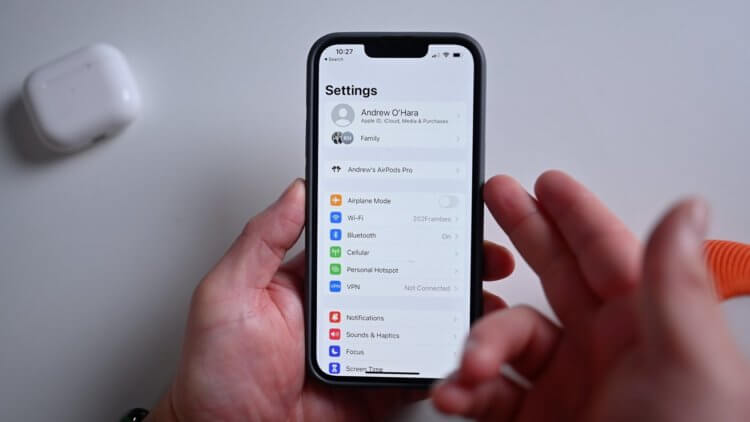 For use new features for AirPods you need to install iOS 16 on your iPhone. Since the operating system currently only exists in beta version for developers, we do not recommend doing so. But if you decide it’s time for iOS 16 Installs came, so be sure to create backup copies so as not to lose data.

The first thing that catches your eye after installing a new operating system is that AirPods Settings are now on the main Settings app screen just below your name. It’s definitely much more convenient than before. To enter them older versions of iOSyou had to go to Bluetooth, find your headphones there and press the “i” button to access the settings.

Not at all like Apple. Now, in Cupertino, everything has been done in a practical and logical way. More settings, a shorter path to them. When the AirPods are not connected to the iPhone, of course, the banner with headphones does not appear.

The next moment will appeal to users who buy headphones from their hands or from unverified stores. Now trying connect fake headphones to iphone the system will display a message: “Unable to authenticate Apple AirPods. Do you still want to join us?”. From now on, scammers will not be able to pass off counterfeits as original products. Most likely, after a while, replica manufacturers will be able to circumvent this moment. But let’s hope that doesn’t happen soon. 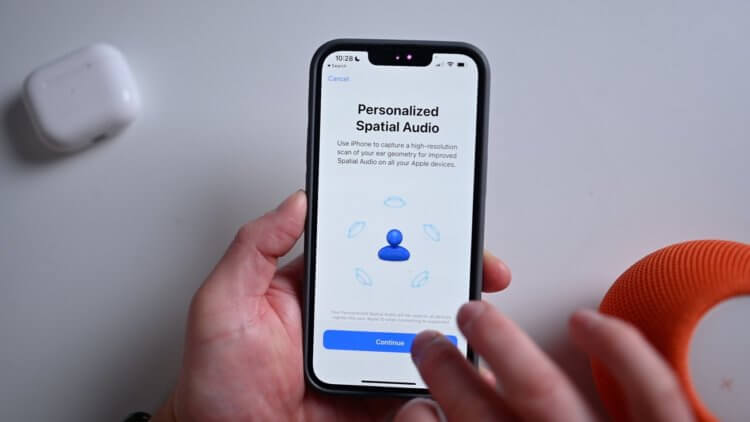 Personalized spatial audio can immerse you in your favorite music or movie.

Custom Spatial Audio is a brand new feature for AirPods. Camera True depth, used for Face ID, the iPhone creates a 3D model of your face and ear and customizes the stereo effect in your headphones based on your personal information. In theory, this should increase the effect of spatial audio when listening to music or watching videos.

Setting custom spatial audio performed when you first connect the headset to iPhone with iOS 16. The system asks to scan the face and separately the left and right ear. After creating a main map, the system will select the optimal sound for the headphones so that the effect of spatial audio is maximized.

Users who have already tested this feature report that the change in spatial audio is not felt on the AirPods Max. Many ask for a separate switch to draw conclusions about the effectiveness of innovation. Most likely, the greatest effect is achieved when using Custom Spatial Audio with AirPods Pro.

The new feature is available for the following devices:

Please note that setup requires an iPhone that supports face identification. If you’re planning on setting up an iPad Pro, you’re going to fail. The innovation has not been brought to iPads. A separate point should be emphasized that Apple only guarantees correct operation with its own services. Apple Music and Apple TV+. So the company is trying to imperceptibly cling to its subscriptions.

Hopefully Cupertino won’t stop and keep delighting AirPods users with cool features. Spatial audio really pumped up music, and if it can be tuned to specific ears, the effect should surprise even the most discerning listener.

How to unsend and edit a message in iMessage