It’s true. The telegram will become chargeable, and period. Not for everyone, only for those who agree to pay for the use of it on a voluntary basis. However, the fact remains that there will be an email subscription. This was confirmed by Pavel Durov, who painted everything advantages of Telegram Premium, giving paid subscribers additional benefits over those who don’t pay to access the app. Let’s see what awaits those who are willing to pay, how profitable it really is, and whether ordinary users will suffer from the introduction of a paid subscription. 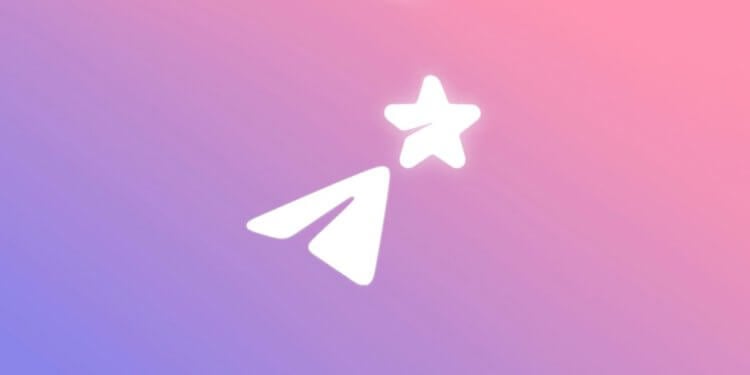 Telegram Premium really exists and will start working in July

Although rumors about Premium Telegram Subscription We have been going there for over a year and it is about to open. And, to be exact, in the month of July. Pavel Durov wrote about this in his telegram channel, limiting himself only to its English version – obviously, so as not to cause a wave of hatred. Anyway, launching a subscription can be considered a problem solved. So you just need to prepare for the new reality and understand whether it is worth subscribing to Telegram or not.

The first thing you need to know is the name of the subscription. It will indeed be called Premium Telegram similar to YouTube Premium. A paid subscription will open additional opportunities for users who agree to pay, but at the same time will not reduce the privileges of those who use the messenger for free. What those privileges would be was known from the start:

Frankly, the list of privileges turned out not to be very rich. The value of many innovations is really hard to overestimate. In fact, these are little things that many would not even notice. It is strange to believe that a large number of users will decide to subscribe to it. After all, for more convenient use in Telegram paid features it just won’t.

Download Telegram Premium separately will not be possible. The subscription is expected to be integrated into the original messaging app as part of one of the future updates. Therefore, if you are already eager to pay Pavel Durov and his team in exchange for exclusive features, which are not available for free users, just wait for the new version to be released and subscribe. I have no doubt that this opportunity will also be available for Russian users.

Telegram Premium – how much does it cost Apparently, a Telegram Premium subscription will cost around $5.

The question of price remains open. Authoritative publications claim that subscription to Telegram Premium will cost $5 per month. That’s not a lot, but not a little, considering you’ll have to pay something on an ongoing basis, and the privileges that are provided for a fee aren’t as high in value and don’t drastically change your idea of ​​it. messenger.

It is not clear if the subscription price will be the same for everyone or Telegram establish regional coefficients so that users in developing countries pay less. In principle, this would make sense and significantly increase signatory coverage. If Durov decides to do it, then cost of Telegram Premium in Russia should be even less than we pay for Apple Music – 80-90 rubles. After all, it is not clear to pay four hundred, which many Russians will certainly not agree to.

I’m not talking about imitating many privileges paid subscription in telegram can be done using third-party tools. For example, we recently told you about the Sber bot, which translates speech to text with virtually no errors. It recognizes slang expressions, abbreviations and noise words. It even tries to put punctuation marks where they should logically be.

Only one thing pleases in this story so far – announcements in telegram will not grow. Despite the fact that she began to bring even more money to the messenger than originally planned, Durov decided that the users themselves should bring the main stream of external income to her service. This will establish a special bond between them and Telegram, he believes. Or maybe the ad just didn’t reach anyone, and now it needs to be compensated somehow.

If you have a car, this is the only app you need

When will the iOS 16 public beta be released?