Qualcomm dominates the segment of smartphones over $300 and MediaTek does the same with devices under $300.

The world’s two largest manufacturers of mobile processors are the American firm Qualcomm and the Chinese MediaTekand after a few years where the former clearly dominated the marketin 2021, MediaTek turned the tide and overtook Qualcomm with record revenue of $17.6 trillion.

Well, a recent report from Counterpoint Research reveals how the two processor giants shared the mobile market in 2021. Keep reading and know all the details. 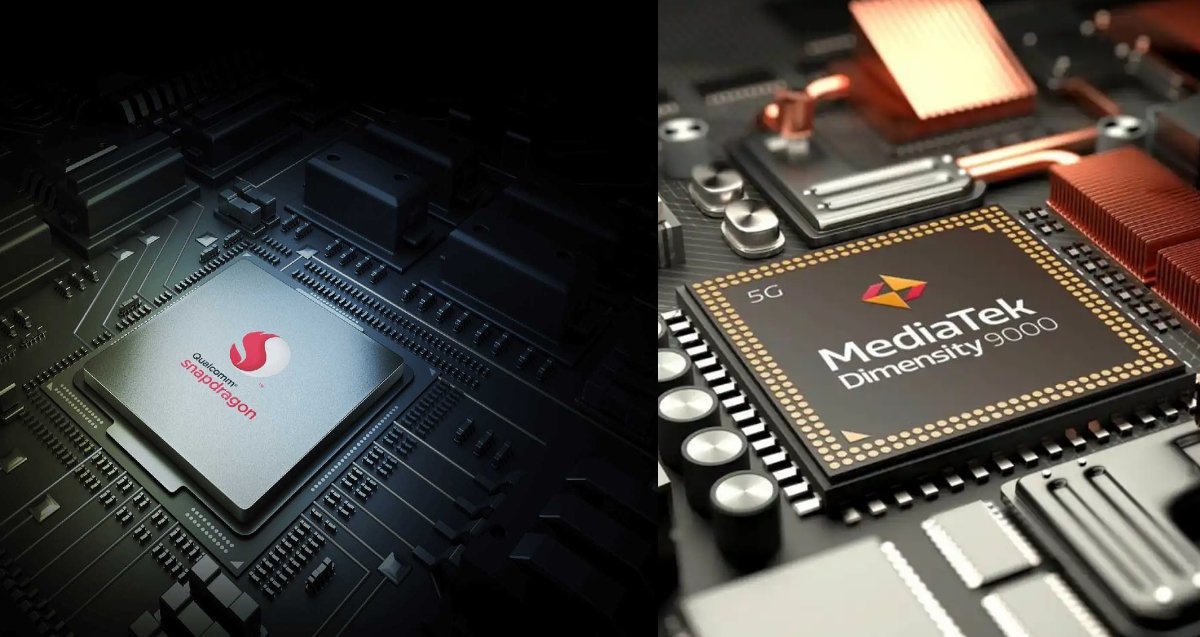 How do Qualcomm and MediaTek split the pie?

Qualcomm dominates the high range, MediaTek the medium and low range and Samsung the premium range

The first conclusion drawn from this report is that a large part of MediaTek’s market share in 2021 comes from the demand for chips for mid-range and low-end terminals with price less than $300. In this section, the high popularity of chips the Dimensity 700, 800 and Helio series.

On the other side of the coin is its great rival, Qualcomm, which dominated the market for mid-range and high-end terminals, with a market share of over 50% in almost all price ranges above $300except the one that goes from 700 to 799 dollars, since this one was dominated by Samsung and its Exynos chips with 46% market share.

According to researchers from Counterpoint Research, the cause behind this change in trend, in which MediaTek dominated the market for low-end terminals after the gradual exit of Qualcomm, is the global chip shortage. 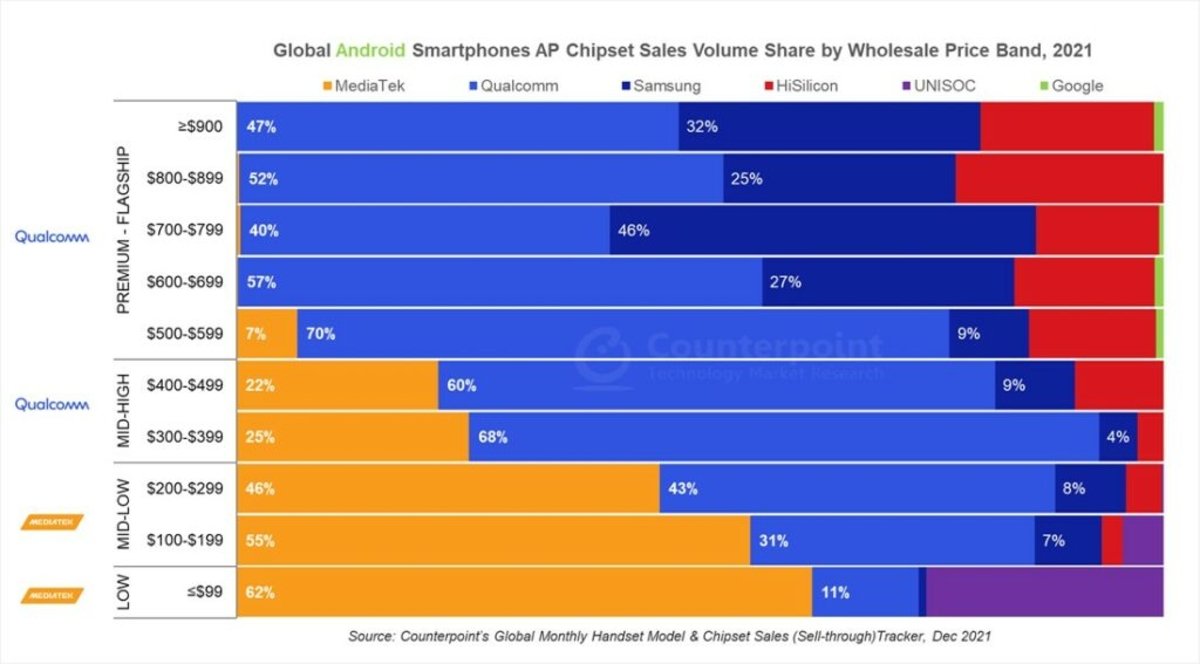 Market share of processor manufacturers by price range in 2021

Indeed, faced with this situation, Qualcomm has given priority to increasing the supply of its chipsets. Snapdragon 700 and 800 serieswhich allowed him to increase his income and his profitability, but, at the same time, stopped offering value for money in Snapdragon 400 and 600 series processorswhich has prompted many low-end smartphone manufacturers to bet on MediaTek to equip their devices.

MediaTek’s big achievement in 2021 is that it has achieved bring affordable 5G chips to marketwith its Dimensity 700, 800 and 1200 series, which offered similar or even better performance to the Snapdragon 400 and 600 for less money.

Now MediaTek’s challenge for this 2022 is also conquer the top of the range with the new Dimensity 8000 and Dimensity 9000, although knocking Qualcomm and Samsung out of their privileged position it won’t be easy.

From now on, if you use your mobile in the car, 6 points will be deducted from your card.