As far as health parameters are concerned, Samsung’s Galaxy Watches are surely the most complete “wearables”, even if they certainly lack that infrared thermometer that could accompany the Galaxy Watch 5.

The South Korean Giant Samsung already has its two new mobiles on the market flagship of 2022, the Galaxy S22 and Galaxy S22 Ultra, as well as the renewal of its recently presented mid-range, these Galaxy A33 and Galaxy A53 5G which now give way to the rumors of the second Unpacked that we will live in the summer.

In fact, it’s no wonder that Samsung is already preparing the Galaxy Watch 5 and to the new generation of its foldable Galaxy Z, but it is really curious that the leaks around these products occur almost immediately after a major presentation. 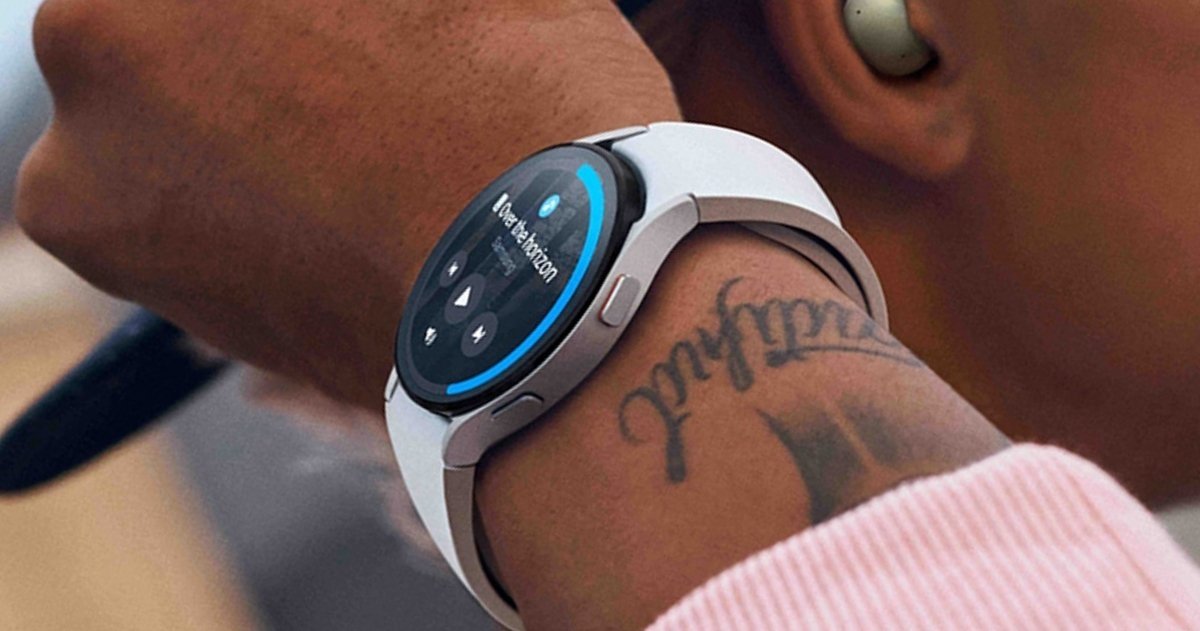 Samsung’s latest Galaxy Watch 4, the first with the new version of Wear OS.

About what will be the fifth generation of Samsung smartwatchesthe second with the new version of Wear OS in collaboration with Google, the colleagues from 9to5Google anticipated that the South Korean giant will finally adopt the health sensor that no one understood was missing in one portablewhich is obviously body thermometer to measure our temperature.

Samsung is already working with a Galaxy Watch 5 which will continue to develop as a health quantifier, now integrating the basic sensor that was missing, the thermometer, allowing us to easily measure our body temperature.

The truth is that Samsung had started the development of this technology a long time ago, with these Simband bracelets, because the truth is that It doesn’t seem easy to integrate a skin thermometer into a smartwatchwhich will always be conditioned by many factors likely to interfere with the measurement.

Not in vain, when it comes to measuring our temperature, smartwatches are exposed to environmental factors and heat generated in the device under sunlight, as well as to the heat generated by our own body which grows a lot when exercising.

According to the sources, it seems that Samsung has managed to make its technology, based on a kind of infrared thermometerobtain fairly accurate measurements that can be approved by technology and health authorities, so the Galaxy Watch 5 could be the first smartwatch on the market able to quickly and easily measure our body temperature.

The South Korean giant would have made a kind of infrared thermometer capable of making precise and reliable measurements of our body temperature, without being affected by external factors that have always complicated the implementation of a “portable” with a thermometer.

Admittedly, this improvement will come late to fight the coronavirus pandemic, but if Samsung is watching, already capable of even measuring blood pressure and even performing electrocardiogramsthey lacked a parameter for quantifying our physical state, it was precisely this body temperature.

They also tell us that this infrared thermometer it would be tested even in a prototype of the Galaxy Budsso we will see when, how and where Samsung installs this new health quantifier once you have obtained the necessary permissions in major markets.

And finally, regarding the dates, from South Korea plan August for the official presentation of these Galaxy Watch 5, in line with August 11 when the Galaxy Watch 4 were presented in 2021. The logic, in fact, is that if the world situation allows it, 2022’s Galaxy Z and Galaxy Watch share an event and are launched on the market at the end of August or the beginning of September.

A Xiaomi for less than 100 euros? This mobile has exactly what you need and it’s a bargain