On Monday, April 11, Spotify has officially ceased his work in Russia, despite the many years he had to go through to get here. The management of the Swedish service warned of the end of work in the Russian market last month, but no details other than the date were given. As a result, users had many questions about exactly how the service would be shut down, what restrictions it would entail, and whether money from paid subscriptions would be returned. We will talk about everything in this article. 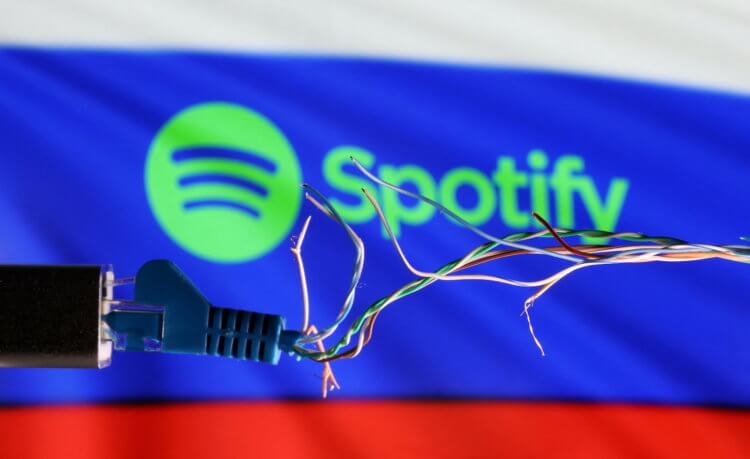 Stop Spotify works in Russia, as expected, was not limited to disabling the ability to issue premium subscriptions. The Swedish streaming service has probably burned every bridge it could. However, first of all. For your convenience, I suggest dividing this article into three parts. In the first, we will analyze the restrictions imposed Spotify for Russian usersin the second we will try to figure out whether it is possible to circumvent the established restrictions, and in the third – how to finally take all your music and put it on another site.

Is Spotify blocked in Russia? 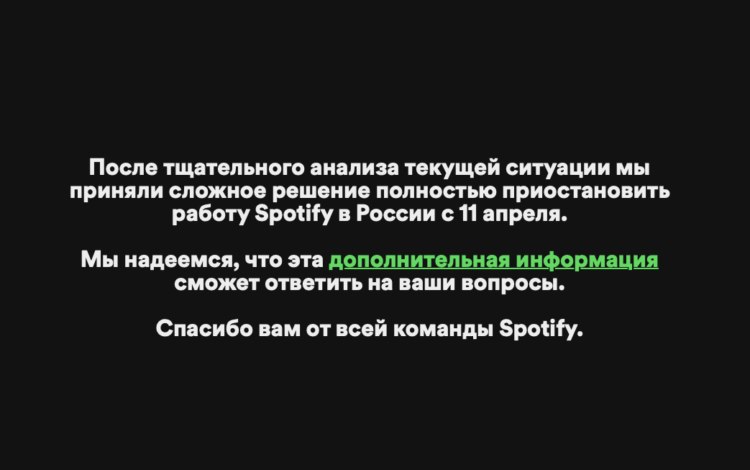 Giving people their subscription money back, the scammers

What will happen to Spotify in Russia I never managed to get past this screen. Not with VPN, not after changing region in account settings

Seems to continue use Spotify in Russia and then it will be quite problematic, if not impossible. I do not exclude that soon a way to circumvent the restrictions will be found, but for the moment I can say that I have not managed to make the service believe that I am in another country, even by connecting to the VPN and changing region in Spotify web settings.

It is highly likely that the service will trace the origin of the application used on a particular device. In my case, it was downloaded from the Russian segment of the App Store. Therefore, when changing regions, a conflict occurs. However, Spotify does not warn of anything of this kind, specifying however that you can only change country if you are physically present on its territory.

How to Change Region in Spotify

Spotify lets you reactivate your account if you are physically located outside of Russia. VPN for some reason fails to trick the service, but be aware that in general – when crossing the Russian border – the possibility of regaining access to Spotify there is also. Here’s how: 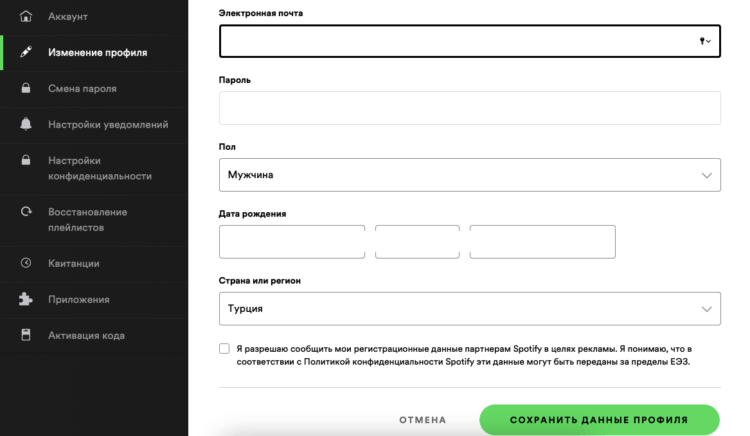 Turkish VPN allowed me to change regions. But he won’t let me listen to music on Spotify

I have at the moment Change region in Spotify the VPN has been activated and the connection has been established with the Turkish servers. Spotify identified it and allowed me to change the region to Turkey. Despite this, I was unable to log in to my account in the app. The service kept repeating that I had to change regions without reacting to the changes made.

How to Transfer Music from Spotify

So probably the only way out is to try transfer all your tracks from Spotify to another service, while such an opportunity is still there. I prefer to do it with the Soundiiz platform. I like it for its versatility, since it supports several popular music services in Russia at once, and for free at the initial stage.

I’m going to show how to transfer music from spotify to yandex.Music: First you need to link your services to soundiiz Select the target service and wait for the transfer to complete

Soundiiz supports different music platforms and allows you to freely transfer playlists between them. You will find Spotify, Apple Music, VK Music, YouTube Music, Deezer, TIDAL and even SoundCloud. Therefore, you can follow the above instructions in their entirety, except for the step where you need to select the target service for the transfer. Just replace Yandex.Music with whatever platform you’re using, and you’ll be fine, without a hitch.

How to configure an automatic VPN connection at application launch

Apple will release a MacBook Air with a large screen. Spoiler: it will be a weapon