The breakdown of an expensive gadget in every way is always unpleasant. The mood immediately deteriorates due to the fact that you have to buy a new one, denying yourself something else. But often it can be simply fixed. To do this, you just need to calmly understand what exactly happened, remember what actions preceded the breakdown, whether you dropped the gadget and some other communication features with it. Knowing all this, the device can often be saved. Sometimes you can do it yourself using a banal reboot or reboot, but in some cases you have to turn to professionals. Now let’s look at a fairly common problem with some iPad models and see if there’s something you can do about it yourself. 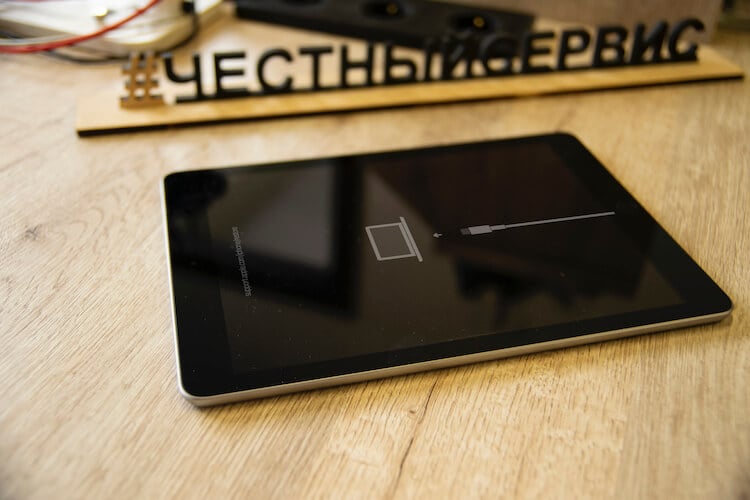 It’s not nice to see such a photo on a tablet.

What I’m going to talk about is quite common on 6th, 7th, and 8th generation iPads. This is a design feature that leads to breakage. You should not worry and think that every second iPad is breaking, but in the case of these models the risk of problems is several times higher than in other models. Our friends at the Apple Pro Service Center, with whom we have been trying to restore the performance of the tablet, if anyone comes up with a breakdown of these generations of iPads, then most likely that is the problem.

This is error 4013. According to the interpretation of error codes, it means you have a memory error. But in 90% of cases it has nothing to do with memory and it is a CPU issue. It is damaged or is physically moving away from the board. This can happen due to overheating, for example if you played a complex game while charging in a case. A fall can also be the cause, which is even more likely. 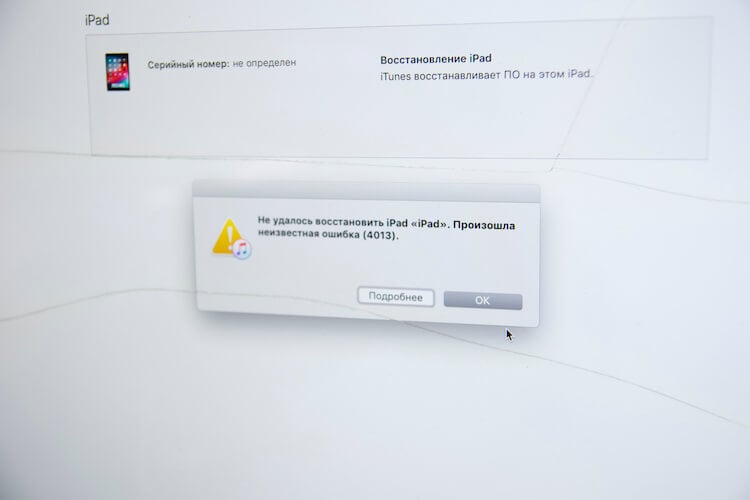 You might think it’s a memory error, but it’s probably due to the CPU.

You cannot miss this error. Your iPad just won’t turn on. There will be an image of a thread with a recovery icon on the screen, but the recovery itself won’t help. In this case, you either need to buy a new iPad, or, more accurately, contact a service center. As the problem is typical, good craftsmen have already got their hands on it. The guys at Apple Pro showed us what the repair process looks like. It’s quite interesting.

Is it possible to change the processor in the iPad yourself

First of all, it should be noted that it is impossible to carry out such repairs at home, since you need to have a lot of tools and equipment. “Masters” who carry out repairs on the road are also better for bypassing. We do not advise you to do it anyway, and even more so with such work which requires experience.

How to Change iPad Processor 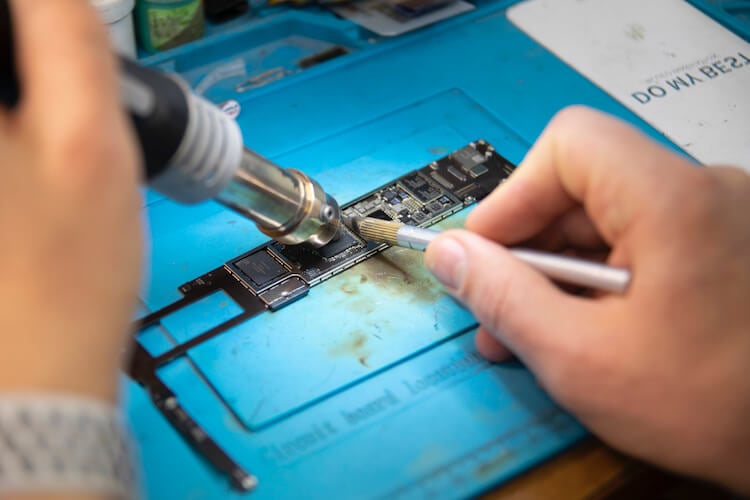 Then we remove the remnants of solder from the old processor, which inevitably remain after removal. This process is important because if done incorrectly, you will not be able to reinstall the processor. 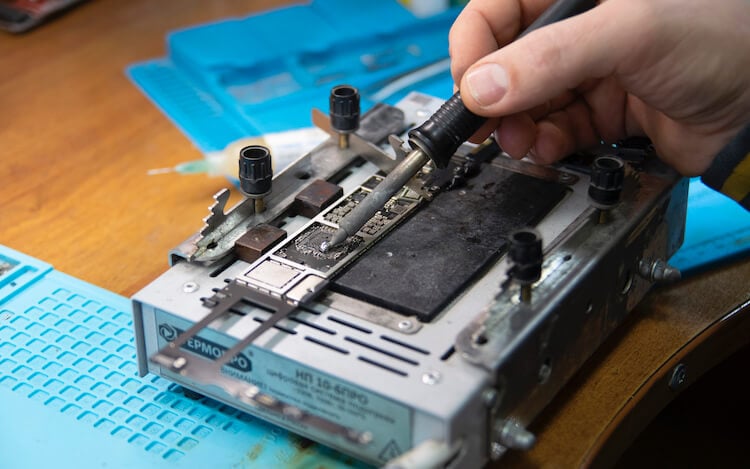 Now we need to process the processor itself, removing everything unnecessary from it and preparing it for installation with stronger lead solder. 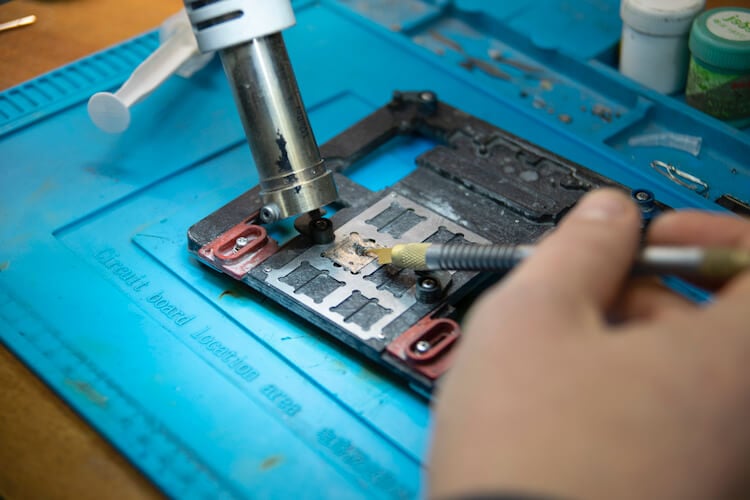 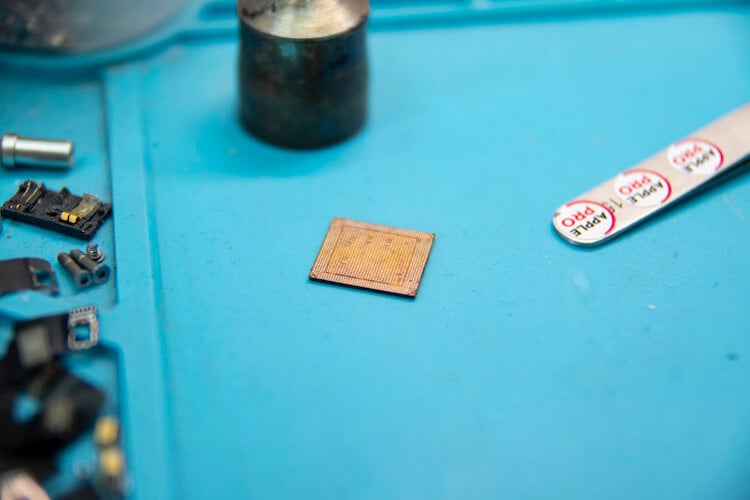 In fact, this was the most important and responsible stage of the work. Since the processor almost always remains intact and only its connection to the board suffers, we can install it in its place. This is called “reballing” – a technique to “cure” the chip blade by replacing the solder balls. But if the processor itself is damaged, it must be replaced with a new one or a “donor” from another similar iPad or iPhone 7/7+. Now Apple has removed CPU Affinity and “donors” are installed normally. The following steps do not change depending on the origin of the processor – it must be installed in its place on the board. 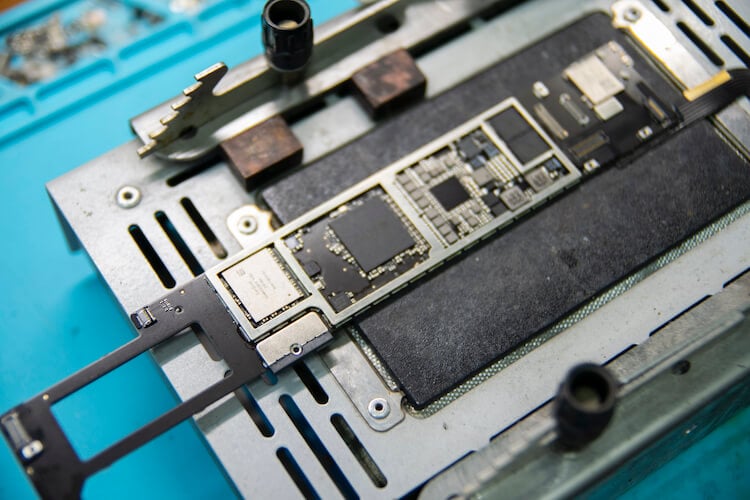 When everything is installed and soldered on the board, you need to check the correct operation of the board. To do this, we measure energy consumption to ensure that work is done efficiently. In the next step, we put the bar in place and prepare the shelf for final assembly. It’s good that for such work it is not necessary to disassemble the battery. But if there are any problems, you can at the same time make a replacement, because everything was disassembled anyway. In our case, we did without it, since the battery worked well. 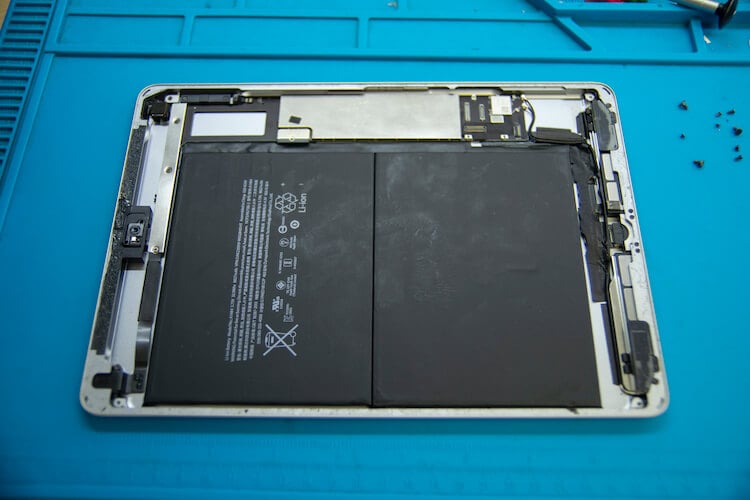 Then install the screen in place, which on this model is made separately from the glass. 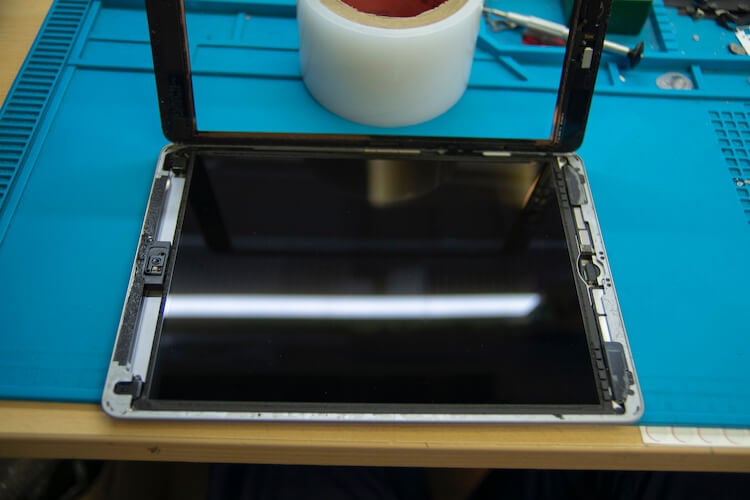 And now we are trying to restore the tablet through iTunes. The process takes quite a long time, but after that we turn it on and see a welcome splash screen. It remains only to turn on the device and you can use it. 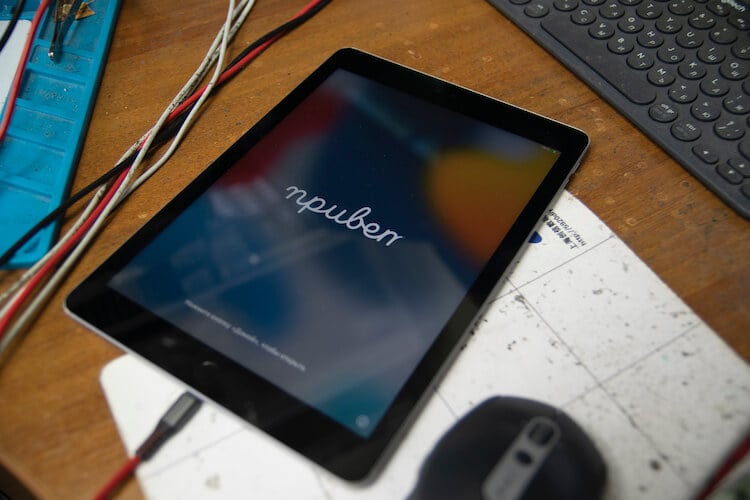 This is how, with apparent simplicity, a rather serious problem with a “fallen” processor is eliminated. Only professionals can do that, and the engineers at Apple Pro proved it to us by showing us how much hardware they used in the process.

If your tablet isn’t working, don’t rush to get upset. Most likely, it can be repaired several times cheaper than buying a new one. If restarting does not help, contact the specialists, and they will tell you what to do and how much the repair will cost.

Find out the cost of repairs in Apple Pro

what could be the new color of this year is filtered

Is it worth repairing your iPhone with Apple parts? We compare prices with technical service