What is the new whatsapp update 2022? once upon a time WhatsApp there was no alternative. He was the one, the one and only. But those days are long gone. The strongest competitors against Telegram, and Vatsap itself has ceased to be independent and belongs to the Meta company banned in Russia.

Unfortunately, transferring ownership to such a large organization did not have a positive effect on the functionality of the messenger. If earlier it was convenient and there were no questions about its capabilities, then in 2022 WhatsApp is hopelessly outdated.

Admittedly, Watsapu has a long way to catch up with its competitors.

However, it seems that the developers understood that it was necessary to catch up with competitors. In one of the upcoming updates, additional settings will be added to the messenger, which are aimed at ensuring user data security and privacy. Let’s see what novelty awaits us and how it will work.

What is the new Whatsapp update 2022?

For those who basically do not use other messengers, the innovations will look great.

In reality WhatsApp is in a rather advantageous position. Currently, it is one of the most popular instant messengers in the world.

Many users don’t want to give it up because most of their friends are using it. Nearby there is a fairly strong competitor in front Telegram, which has a very serious feature.

This feature can be copied and transferred without a pang of conscience. It is unlikely that any of the current users will be greatly outraged because of this. Rather the opposite. New features are always good. Especially if they have already been judged on someone.

But, as is often the case, the implementation fails. A long time ago developers WhatsApp asked for a tool transfer chats between ios and android round trip. As a result, such a tool appeared for transfer from android to ios.

But to use it, you have to go through several hellish circles and cry all the tears accumulated earlier. Adding the ability to log into the app using biometrics or a password was also not without its limitations. It is impossible to set a non-system password on the program, which makes its protection, to say the least, full of holes.

In such a situation, every new feature announced by messaging developers is viewed with enough skepticism. The question of how it will all work: normally or as usual, is relevant for almost all innovations. But this time, at first glance, there is nowhere to screw up.

Is it possible to hide number in whatsapp? 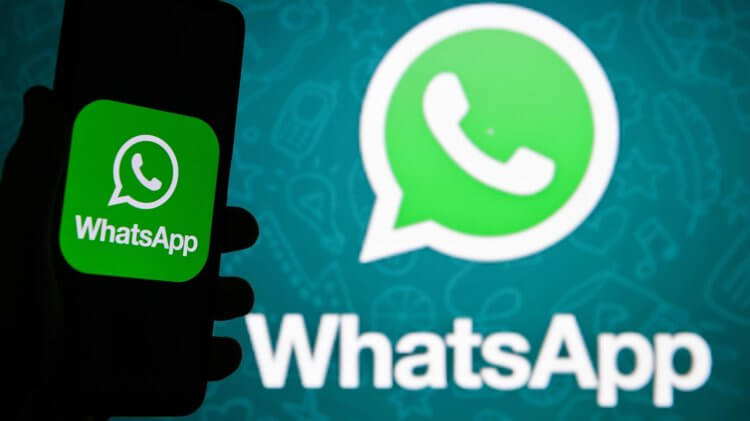 One day, WhatsApp will be able to be used with a single account on different mobile devices without dancing with a tambourine.

The long-awaited first feature is the ability to customize who sees time of your last visit. If previously only the options “All”, “My contacts” or “Nobody” were available, now the item “My contacts except …” will be added. In this situation,

I don’t know which option is more suitable for you, it’s always individual, but the execution is closer to me Telegram. To this functionality is added the possibility hide phone number. However, again with features. Only in certain group chats. Somehow there is a feeling of slight misunderstanding, looking at what restrictions appear with the update. 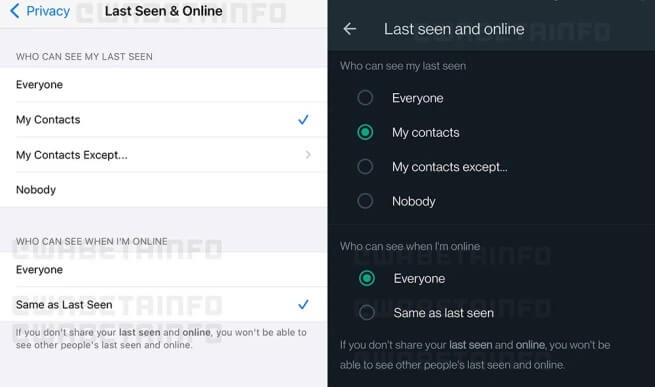 This is exactly what, according to wabetainfo.com, the exception settings window will look like to show the last hour of activity.

A pleasant moment is the lack of notification that you have left the group. Previously, a message indicating that a user left a group chat was received by all its participants. Now it will only be sent to group admins.

It seems like important information for them, but on the other hand, if they need it is a big question. I very much doubt it. Although someone will find a use for it.

But the most important innovation will be the ability to block screenshot from a few pictures. This is a really important and awesome feature. And at the same Telegram I did not find such a possibility.

This will be relevant if, for example, you decide to send someone a password written on a piece of paper. In such a situation, it will be enough to simply set the appropriate ban, and the recipient will not be able to save the photo, send it or filter it.

Looking at this function, the conclusion is that WhatsApp still develop good programmers, suggests itself. But for some reason, there is a feeling that by the time of release, something may change and not everything will be as rosy as it first appeared.

One can only hope that one of the most popular instant messengers in the world starts turning to its users, and not what it used to be. If the process continues, it will soon be able to compete Telegram. The main thing is to stop implementing innovations according to your strange concepts, and everything will immediately become good.

What is a Snapchat Story?

WhatsApp for iOS will add another verification code to prevent fraud

What does Pending Mean in the Snapchat App?