Last night of the Russian segment of the App Store unexpectedly TikTok disappeared. They quickly deflated, many decided, hoping that this platform, which has Chinese origins, would resist the sanctions with us. But, if you recall, just recently Russian users were banned from uploading new videos and live streaming. Another thing is that this measure was probably not enough, because many bloggers learned circumvent restrictionsusing a VPN. This aspect was cited by many as the main reason for the withdrawal. However, it turned out to be a false alarm. Of course, it still doesn’t hurt to prepare for a real move. 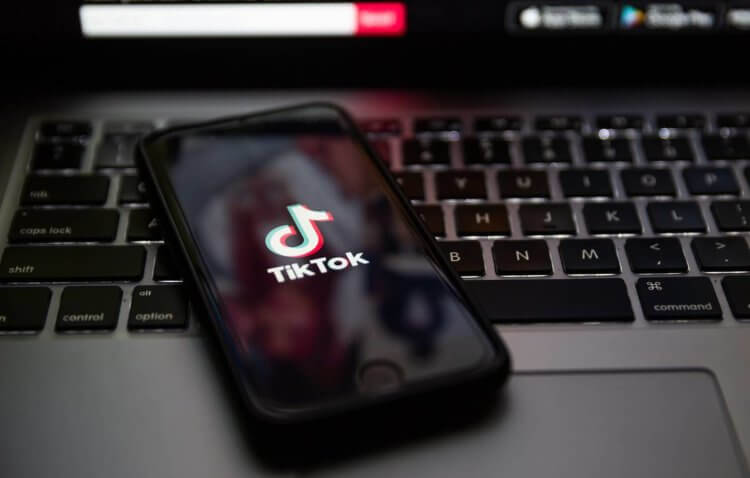 TikTok was first removed from the App Store and then returned. But this is a serious red flag for which you should prepare for the worst.

Despite the unexpected the disappearance of TikTok from the App Store, after a few hours it turned out that the application can still be downloaded if you search for “Likee”, but then it returned to the usual request. No one knows exactly what it was – a real deletion followed by a restore, or simply a failure in the application store, which many took too much to heart. But what if TikTok really gets deleted forever?

TikTok has disappeared from the App Store TikTok is available for download again on the Russian App Store, but it’s not over yet

Actually, it’s not a big deal for several reasons.

Already tiktok app installed will continue to work the same as before. The main thing is not to delete it, because later it may not be possible to download it again. And so – no restrictions. Authors will continue to be able to fill the platform with new content, on which it lives, so that TikTok itself does not suffer globally.

The question remains open TikTok updates. Because by default, apps receive updates through the App Store’s built-in mechanism, and if they lose access to it, it’s unclear if developers will be able to push new versions directly to people’s devices. users. On Android it is possible. But iOS is not originally designed in such a primitive way.

However, we know a few stories when iOS apps downloaded updated directly from the developers’ servers. For example, the game Fortnite had such a function, it was not enough to download from the App Store. Immediately after the launch, he activated the mechanism for reloading the necessary components, the total weight of which could reach 1-1.5 gigabytes. So theoretically independent iOS software update perhaps.

But, even if you can’t update already installed apps or you won’t have time to download TikTok before being removed from the App Store, you still have a way out. It consists of install on iPhone PWAversion of TikTok. This is the familiar web version of the site, which when added to the desktop gets its own icon and starts looking like a native app.

How to install TikTok Please note that after adding to desktop, Web version of TikTok appears exactly the same icon as the native application. And when you run it, you’re presented with almost the exact same interface, with a few minor differences. There is no address bar and all controls are located exactly as if you TikTok installed from the App Store. PWA icon and interface are almost identical to a standard app

Is this app easy to use? Generally speaking, yes. Insofar as PWA Differences and the native TikTok client are minimal, you won’t notice much difference. What’s more, your interaction with the service boils down to scrolling through the video in the feed, arranging likes and, at best, accessing comments. And these actions are carried out in the same way both in the native application and in its web version.

Will TikTok be removed from the App Store? Well, we don’t know. We don’t even know exactly what caused its temporary disappearance from the catalog. Perhaps the development studio was afraid of sanctions from the United States, although there seem to be no restrictions for companies that do not remove their apps from the Russian App Store. And, perhaps, the place had a banal failure, which was eliminated within a few hours.

The 2025 iPhone, iPad and Mac will have chips as small as 2nm

Apple TV+ will have a Michael J. Fox movie