What do we know about the iPhone 14? Well, a lot actually. Also, the main stream of leaks happened at the end of last year. Despite the fact that the information is corrected from time to time, overall nothing changes. Therefore, we can already get a very clear impression of what Apple’s flagship smartphone of the 2022 model will look like. Only recently it became known that the new A16 Bionic processor only two high-end models will receive, and two base models will retain the chip from last year’s iPhone 13. We will come back to this in more detail, but a little later. For now, we have more important aspects. 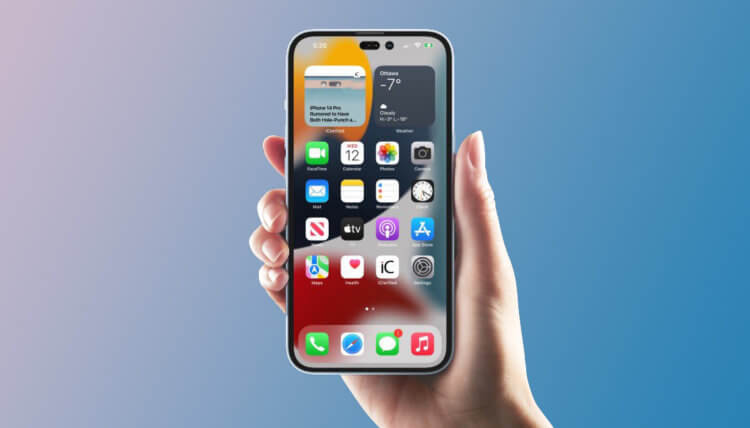 The iPhone 14 Pro may not be as cool as expected. And its thickness is indirect proof of this.

The iPhone 14 Pro and 14 Pro Max will benefit from a new type of notch and will be slightly larger than their predecessors. The increase in dimensions will be mainly in thickness. Judging by the schematic images published by insider Max Voinakh, known for the precision of his drains, not only the case of the new Apple smartphone will become thicker, but also the main camera module, which is also waiting for an increase in area . It seems like a trifle. But it is not that simple. 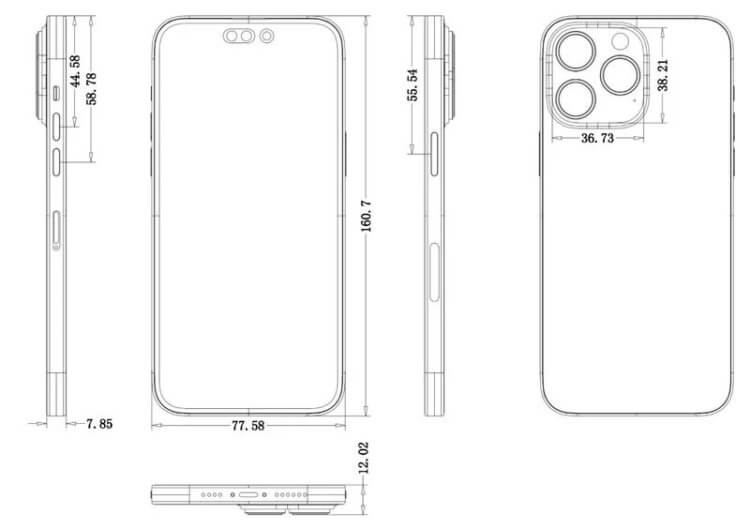 If Apple doesn’t reduce the thickness of the iPhone 14 Pro, chances are the periscope camera isn’t ready for it yet

The images show that the changes cannot be called critical, but they are still there. Looked Dimensions of the iPhone 14 Pro themselves:

Main unit dimensions iPhone 14 Pro and iPhone 14 Pro Max cameras grow by about 5%. This, of course, is not a breaking change, but rather an unpleasant one. It turns out that Apple is not yet ready to switch to the use of flat cases, as everyone expected, but on the contrary is only forced to increase their dimensions. This may mean that Cupertino has not yet mastered the technology of periscope cameras, when the module is located vertically and does not protrude from the case at all, or almost does not protrude. 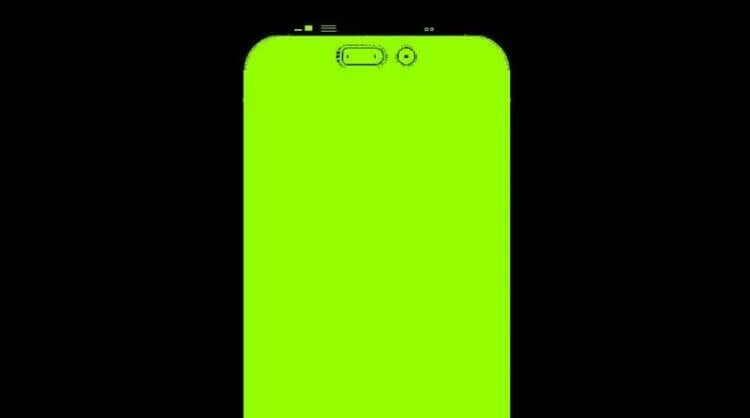 Apparently, Apple plans to attract consumers only with the new iPhone 14 Pro design

However, users are unlikely to pay attention to this unless last year’s iPhone cases match. But almost no one will be very worried about this. In the end, not the first time. In addition, the agenda will obviously be upset by the modified design of the front panel. The upgrade is only waiting for two older models – iPhone 14 Pro and 14 Pro Max, but that should be enough. After all, the change is significant. It looks like Apple really decided to ditch the visor, which hid the facial recognition sensors, in favor of a double cutout.

The two cutouts are intended to be placed, as before, exactly in the middle, but they will not be symmetrical with respect to each other. The left recess will be in the shape of a capsule or, if you prefer, an elongated oval. It will most likely include an infrared sensor and a 3D camera. And in the right notch, which will be round like almost all Android smartphones, they will place the front camera. As a result, the functionality will not suffer, and the appearance of the iPhone will change, as most users wanted.

Why new design Only the iPhone 14 Pro and 14 Pro Max shine, ask? Yes, for exactly the same reason that the iPhone 14 and 14 Max (6.7 inch version of the base iPhone) will not get a new processor. And this reason is economic. Apple has long been looking for ways to reduce the cost of its smartphones, which has only been increasing so far, and has found nothing better than a deliberate halt in development. Of course, there will be no direct deterioration of the models, as was the case with the iPad Air 5, but a slowdown in development is certain. 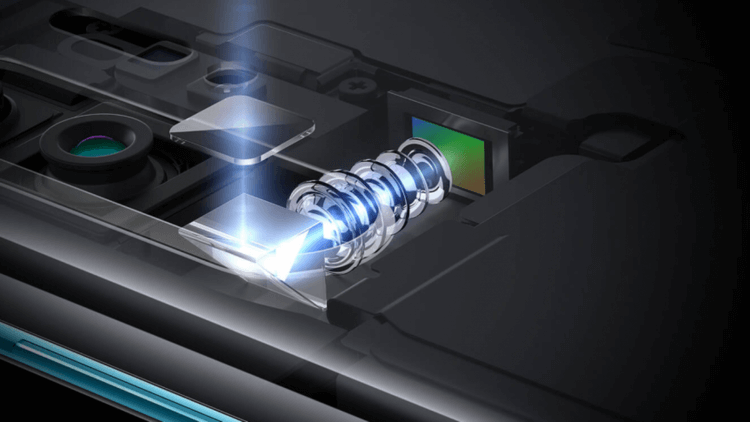 The periscope camera is a new development that costs money. Apple needs to back up now

Last year, the TSMC factory, which produces processors for Apple, raised the price of its flagship A15 Bionic chips by 15%. Today, the price of aluminum, which the company actively uses in its devices, has almost increased compared to last year. I am not talking about the fact that the costs due to regular interruptions in supply and the increase in the cost of other components clearly do not contribute to reducing the cost of Apple-branded devices.

It is possible that the rejection periscope camera – if it occurred – was caused by the same considerations. The company is now looking to keep costs as low as possible. And the development of any new technology is clearly not conducive to this. Therefore, the company must play marketing by creating the illusion of progress rather than progress itself.

Just look at what Cupertino was going to “take” from the consumer – a double island-like cutout instead of a visor, a few extra gigabytes of RAM for the base models and, possibly, a titanium case, which can even be cheaper than pure aluminum.

Russian analogue of Apple Pay? How to Use SBPey on iPhone

Be careful if you have a security camera of this brand, the recorded videos have leaked

How to turn voice messages into text in Telegram. The best way