Probably, there are no longer those who do not know that the dollar exchange rate has long exceeded 100 rubles per unit. Today, this is perhaps the main topic of discussion, except for well-known events. However, another no less significant event occurred in the Russian economy – an increase in the Central Bank prime rate up to 20%. This is one of the highest rates in the history of modern Russia, which not only led to an increase in rates on ruble deposits, but also practically eradicated such an institution as remittance. So it’s almost impossible now. buy iPhone without paying too much. But there are still a few options. 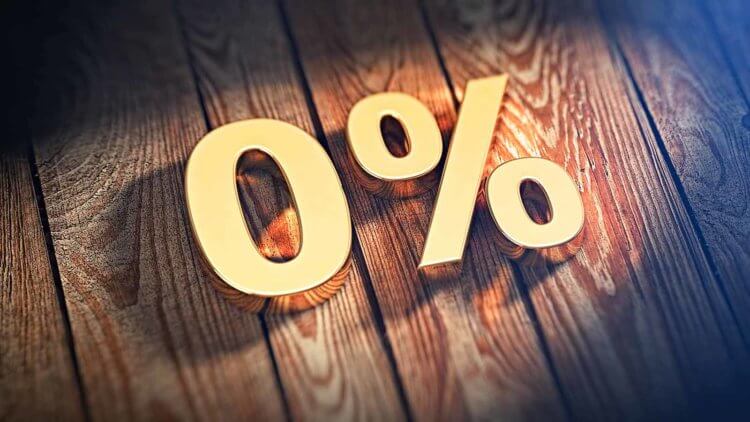 Installments in Russia always remain, no matter what they write in the media

On, what is installment and how it works, we told in a separate article. Therefore, I propose not to repeat, but to return only to the fundamental aspects that have made credit without overpaymentas this financial instrument was called, is practically impossible.

How is the installment

Installment plan – this is the most common consumer loan that the bank grants you, but adjusted for the fact that the store where you buy the good gives you a discount on the amount of the overpayment. Therefore, the interest you pay to the bank is offset by the discount given to you. 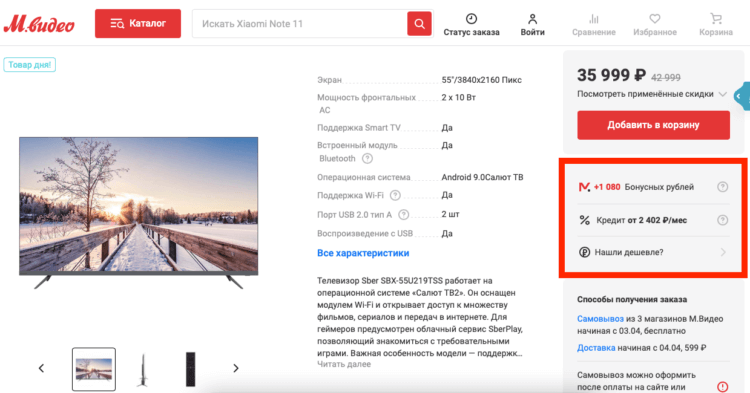 Many chain stores have dropped installment plans, including M.Video and Eldorado

The institution of installment payment appeared in Russia relatively recently. At first, the stores themselves provided it without outside help, but they allowed to split the payment into a maximum of 3 or 6 installments. But then banks joined this initiative, which began to enter into cooperation agreements with retail chains and provide consumers with installments over a longer period – from 18, 24 and even 36 months. This was beneficial both for the bank, which received its percentage, and for the store, which seriously increased its sales at a small discount.

The discount given by the stores to compensate for the overpayment on the loan, and the truth was not very important: 10, 12, well, a maximum of 15%. Loan rate then they were not very high, since banks had the opportunity to borrow money from the Central Bank at 5-7%. But now the policy rate is 20%, which means deposit cost change a lot. After all, now the trading network must give too large a discount in order to reduce the amount of overpayment to the buyer, which is set by the bank.

Today, if you open the websites of M.Video, Eldorado, SberMegaMarket or Samsung, you will see that the possibilities buy something on credit Either they offer nothing at all, or the range of goods for which concessional loans are applied has shrunk to an absolute minimum. There are only full-fledged loans with uncompensated overpayment, insurance and paid information SMS.

Where is the installment

However, there is no need to panic. Take installments is still possible. Do not leave everywhere and not quite in the same conditions as you would like. Despite the fact that many chain stores in Russia have abandoned this tool, there are still stores where it is available. 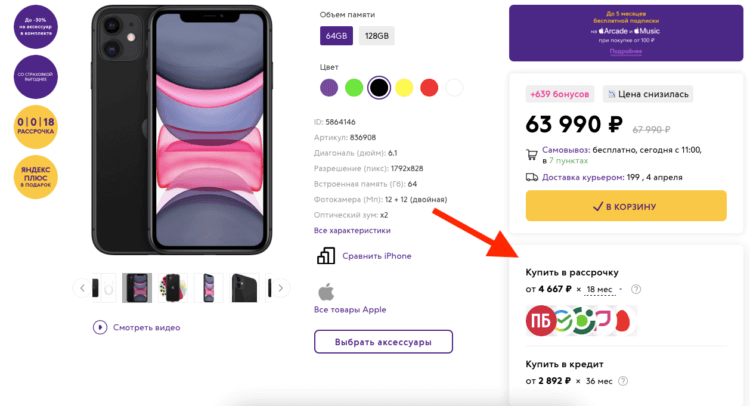 Installments in Svyaznoy are still issued, however, they are forced to purchase props for a large amount of load

Installment plan in Svyaznoy can be issued for many categories of goods for a maximum period of 18 months. The buyer has the opportunity to choose one of several banks at his discretion. There is Sberbank, Home Credit, MTS Bank, OTP Bank and Renaissance Credit. Depending on the product, the composition of the banks, where can i get a loanmay vary, but usually at least 5 are available.

Of course, there is a caveat. It is simply impossible to buy most goods in installments, regardless of the price. To do this, you need to add additional goods or services to the load. For example, when buying iPhone 11 in installments you need to add accessories to it in the amount of 20,000 rubles. As a result, the total purchase price increases from 60,000 to 80,000, which is simply not suitable for many. 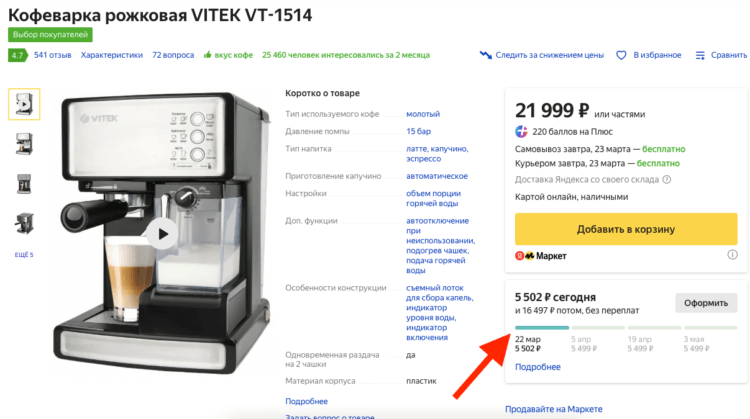 You can apply Split on Yandex.Market not to all products

There is an opportunity on Yandex.Market pay by installments without bank. True, here this service is not called by splits, but by Yandex.Split. It is convenient in that Yandex itself interrupts payments without resorting to the help of banks, which increases the likelihood of approval of payments. But, first, the range of goods that can be purchased this way is very limited. And, secondly, Split allows you to split the payment only into 4 parts.

This is the main annoyance. 4 parts do not equal 4 months. Not only Yandex is required depositequal to 25%, so also repay installment plan needed within a month and a half. That is, if I take the goods in installments, I immediately pay a quarter of the total amount, I give another quarter after 2 weeks, the third quarter after another 2 weeks, and the final payment after the 2 weeks following. 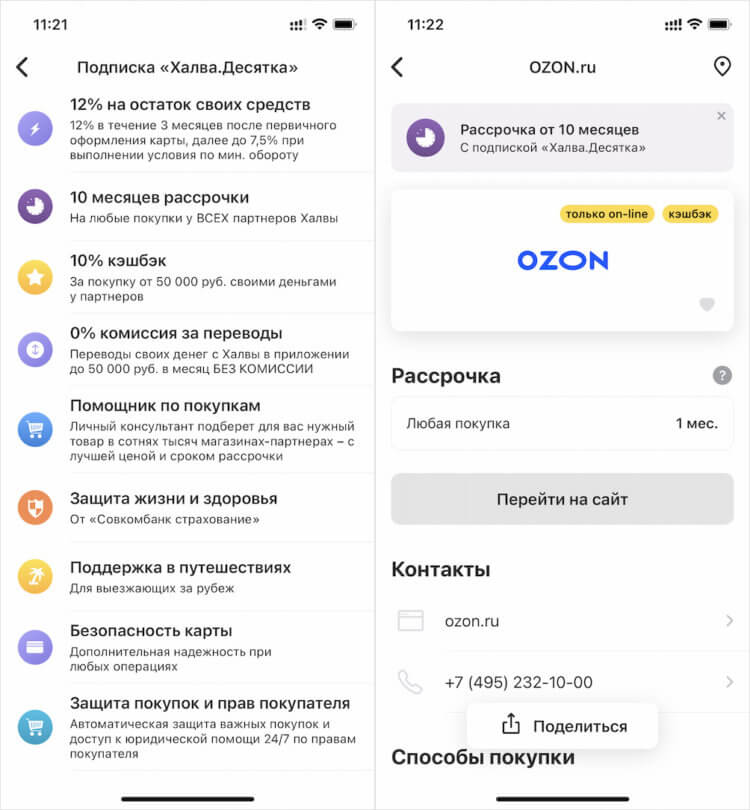 Subscribe to Halva.Ten and use installments for up to 10 months in all Sovcombank partner stores

Halva is one of many installment cardsthat operate in Russia. Halva is owned by Sovcombank, which did not close it, despite raising the key rate and inclusion in the list of blocking sanctions. With Halva you can buy goods in installments for a period of 3 to 24 months, but only with banking partners. Its advantage is that you don’t have to apply for each new installment plan. You just pay by card and the payments break on their own. Most often, installments are made for 3 months, but you can arrange Halva.Ten subscription worth 199 rubles and receive a 10-month installment plan from all partners.

CORN partners at Halva numerous. It’s M.Video, and Eldorado, and Lamoda, and MTS, and OZON, and Crystal, and Leroy Merlin, and many more. If you intend to make a single purchase, subscribe, buy the correct product, the payment is split and you cancel the subscription. In other words, it is not necessary to maintain it for the duration of the installment plan. It’s very useful. Another thing is that not everyone approves of the map. But you can try to issue Halva on this link – maybe you are lucky, and you can buy goods in installments without overpayment in dozens or even hundreds of stores, including grocery stores.

Amazon throws the price of the iPad mini in this offer

What apps to install on iPhone 13 Pro immediately after purchase

Google’s new campaign to attack Apple and the iPhone