The main thing difference between Windows and macOS – the fact that most users of the Microsoft operating system do everything to avoid an accidental update to a new version. In the end, I didn’t see a single person who would look forward to an update and install it.

But I was unlucky: I recently bought a laptop running Windows 11 (I would, of course, like Windows 10) and noticed that the new operating system had something in common with macOS. Today I am going to tell you which features Microsoft has spied on macOS and adopted.

Were you recently told how to start a call on an iPhone and continue on an iPad, or open a page in Safari on a smartphone and continue using it on a MacBook? So now this feature is officially in Windows 11: it’s available for smartphones, tablets and other devices, but so far only applies to Microsoft Office files. However, it appeared much earlier, but as branded add-ons from different manufacturers.

You can continue working from another Windows device

For example, I have a similar feature on my Windows 10 Huawei laptop called Huawei Share, which allows you to attach your phone to the NFC tag on the case and show the smartphone display on the screen of the laptop. But it is only available for Huawei phones.

Microsoft also tried connect PC to phone using the “Phone” setting, but syncing can only be used on an Android smartphone, although iPhone is also listed.

Another feature, which is not very clear who “borrowed” from whom, is found in both operating systems. The main similarity Widgets are back in Windows and are now displayed on a separate panel, which is very convenient. They can be edited and resized.

Outwardly, they really look like those of macOS, although Microsoft has never had any problems with them: Windows 10 has some pretty cool tiles (not to be confused with widgets) starting with working Weather, music and many more. other apps that are still and turn around every now and then, giving more information. This is where Apple clearly has a lot to learn. 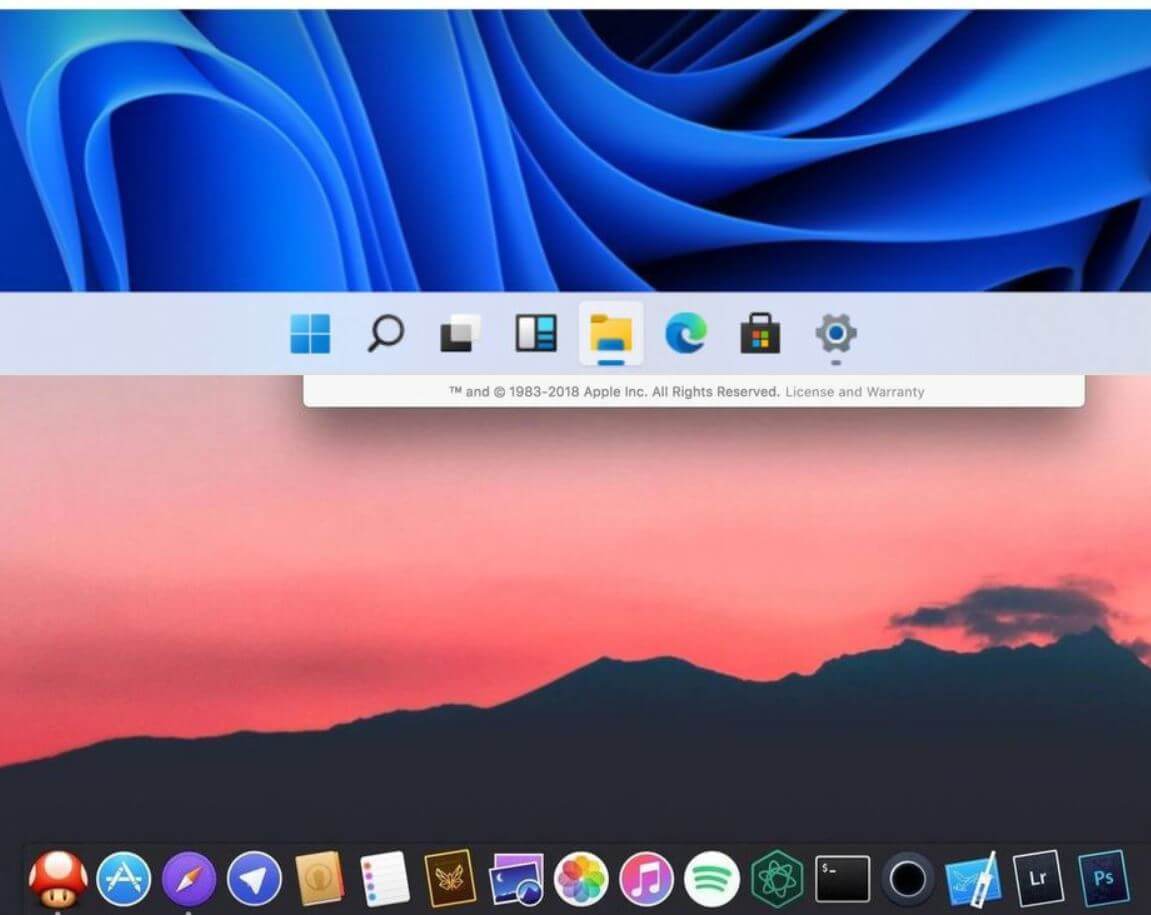 Well, how many differences did you find?

Microsoft has encroached on the sacred and treacherously moved the “Start” to the middle of the taskbar. The similarity with macOS is almost maximum, except that in the MacBook all the icons are in the Dock and look more natural.

In addition, the Start menu itself has become very incomprehensible: unlike Windows 10, it now overrides “Recent” and “Recommended” apps instead of pinned tiles. Fortunately, for retrogrades they gave the opportunity to put everything back as it was through the settings – only after that the soul becomes a little calmer.

At the beginning of April, it became known that the developers of Microsoft Power Toys were actively working on the Peek chip (not to be confused with Aero Peek, which makes open windows transparent on the screen). This is a clean copy Quick view of macOS – the ability to view a large number of files without opening them – the same photos. 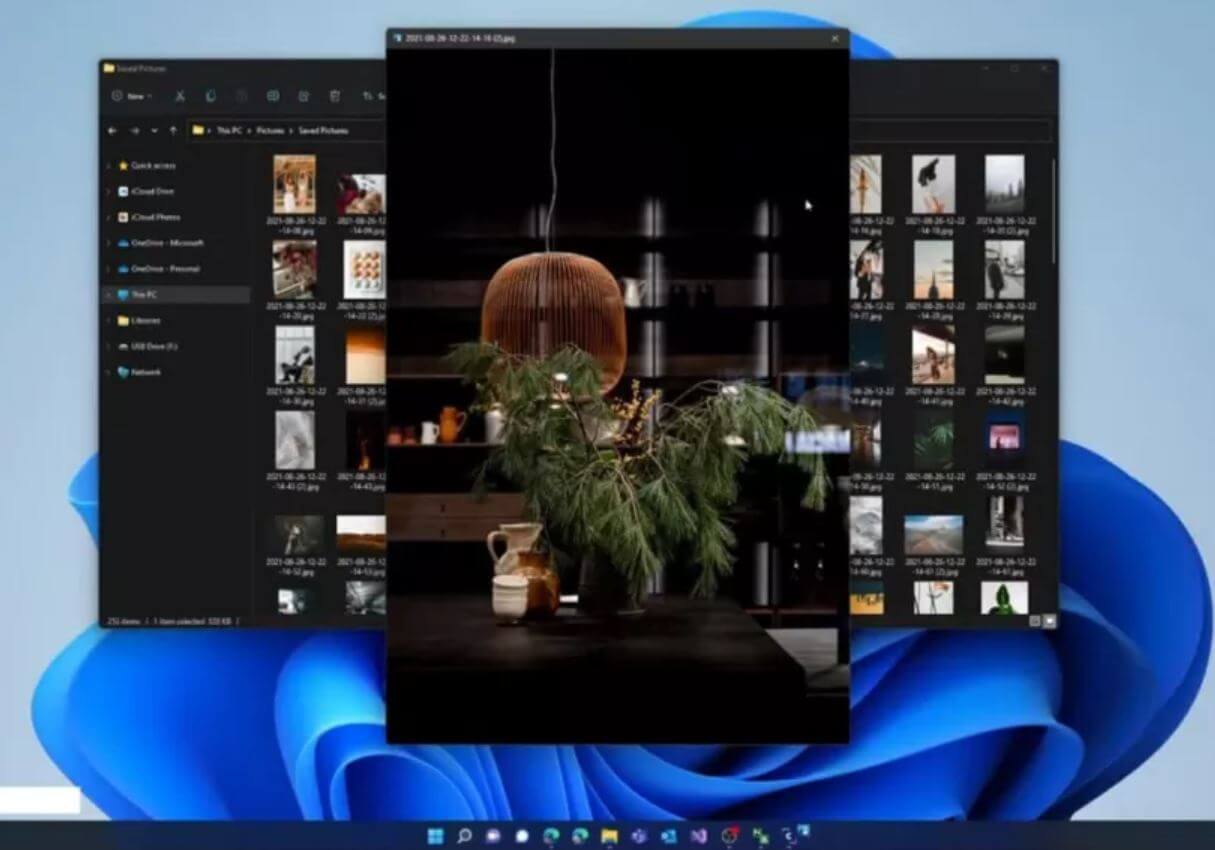 This is the preview that should appear in Windows 11. Does that ring a bell?

On macOS, to start a preview, you just need to select the desired file and press Space, but on Windows you will additionally need to press Shift. True, they say that on Windows the preview will only work with transparency enabled, so weak PC owners will have a hard time.

Built into macOS Spotlight Search – simple and understandable. But Microsoft clearly likes to complicate: in Windows 11 there is also a search, as in the top ten, but somewhat complicated with pinned folders, applications and recommended files. Unlike Windows 10, in which there is nothing superfluous, the search opens by default in the middle of the screen. 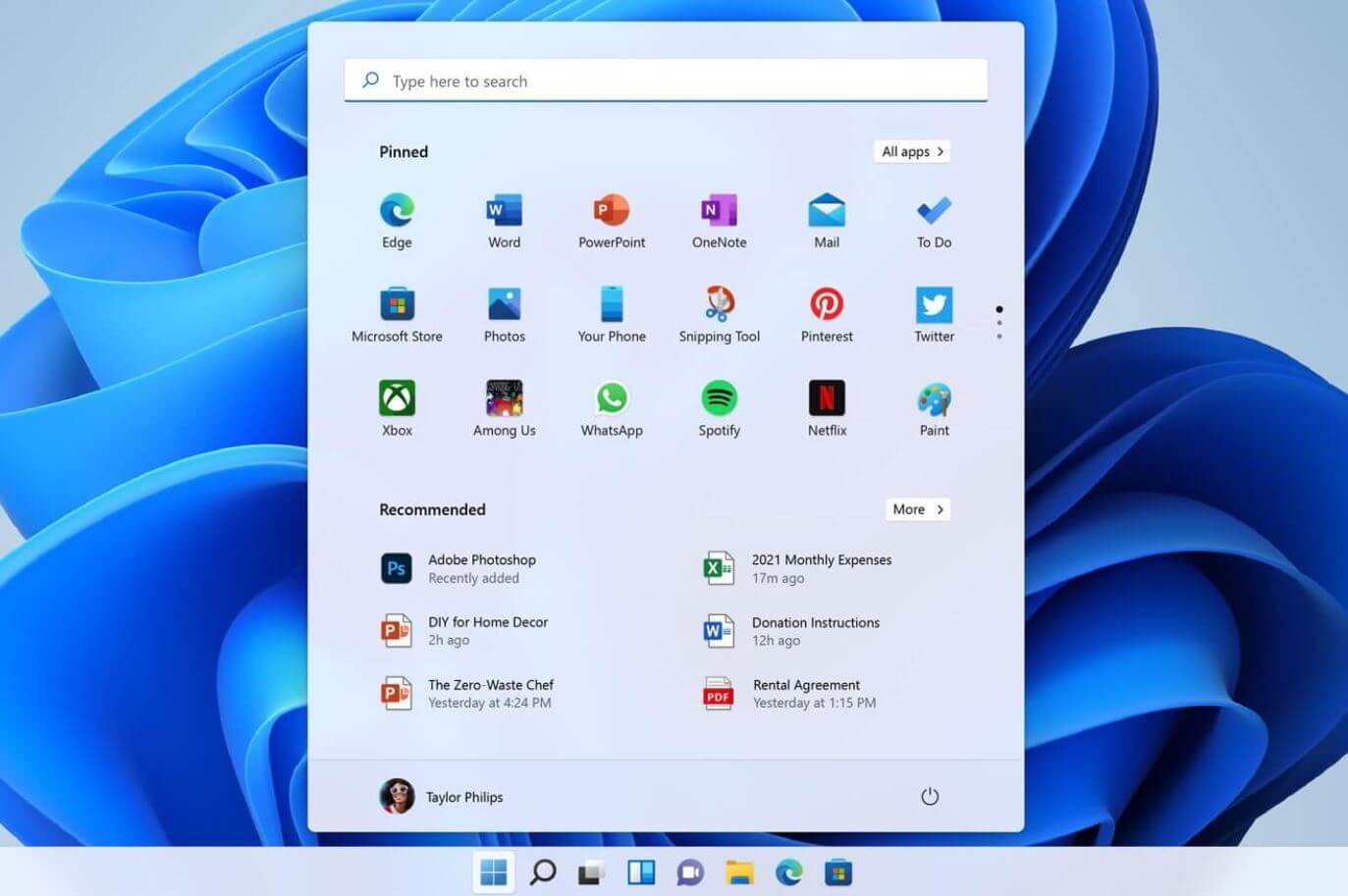 Search in Windows has become like Spotlight, don’t you think?

However, in this situation, again, the advantage is on the side of proprietary laptop add-ons. Huawei, for example, has AI Search – a search string that appears on the screen when you press F10: it searches for files instantly and opens a small window where the search results are displayed.

Add to this other similarities: for example, Microsoft Teams instead of FaceTime – the application is pinned to the taskbar by default, as well as rounded and blurred windows macOS-like designalthough we’ve also seen it in Vista and Windows 7. In fact, this design immediately catches the eye after Windows 10’s clear, uniform lines and angles.

What chips was Microsoft still looking at Apple? Share your observations in the comments!

How to replace a MacBook keyboard. Do not try this with your computer

How to Disable Carrier Messages on iPhone