In recent years, Apple has not particularly pleased the public with icons Apple Watch Updates. The last time the watch had something more or less a few years ago when a scanner appeared in it blood oxygen content. Another thing is that even this trick hasn’t found wide application, because for the most part people don’t have a practical need to regularly measure saturation level. However, there are vital signs that you can and should monitor almost every day, and it looks like the Apple Watch will soon learn how to do that. Apple Watch 8The e-generation, which should be released this fall, should receive new sensors to track the state of the body. According to Bloomberg, Cupertino has a long-term strategy to grow its smartwatches. Therefore, the expansion of their diagnostic capabilities will not be instantaneous. The company plans to gradually equip the Apple Watch with new medical features, but the coolest, as always, should be left for last.

What will the Apple Watch 8 be 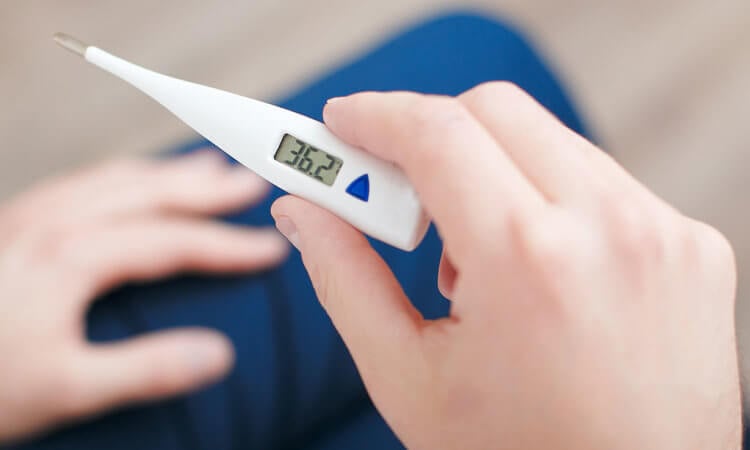 Although the extension Apple Watch diagnostic capabilities – it’s quite a complicated process, Apple plans to implement them immediately as a set. For example, this year the company’s new smartwatches may receive the following set of new features:

It’s still unclear what exactly women’s health means, given that the Apple Watch has been able to track menstrual cycles for a long time. Therefore, it can also be both an add-on for existing functions and something really new. However, for the transformation Apple smart watch in a real medical device should not be calculated objectively.

In Cupertino, they can’t do that because of the legal side of the matter. After all, the company would then have to certify Apple Watch as a medical device. And that’s a completely different level of requirement. Therefore, many diagnostic functions will not work quantitatively, but qualitatively. For example, the function body temperature measurements will not give precise results, but will simply indicate whether you have a fever or not.

For many, oddly enough, that should be enough. After all, many of us often mistakenly assume an increase in temperature, although in reality there is no such thing. Therefore, we take a thermometer and wait for it to indicate that everything is normal. With the Apple Watch, there will be no more such failures. The watch will accurately determine your temperature, but will not display it in numbers, but simply report if the indicators deviate from the norm upwards. 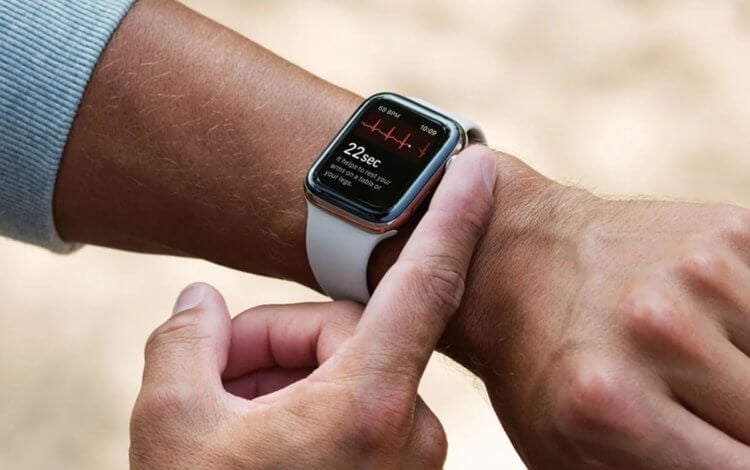 The old Apple Watch models from Cupertino have not been forgotten either. Therefore, in watch OS 9 plans to expand ECG functions. With the release of the update, it will be able to determine the signs of atrial fibrillation not in the moment, but in the context of a longer period. That is, in fact, the clock will turn into something like holter. And this is a completely different and higher level of diagnostics, although adjusted for home diagnostics.

In addition, a special tool is provided to track medication. It will work in conjunction with the iPhone, allowing you to first scan the medicine packaging, store it in memory, and then periodically remind you to take the correct pills. This is a very valuable feature, as many people periodically forget to take them. And persistent Apple Watch Reminders won’t give you a chance to forget.

And here new apple watch, which will only be released in two or even three years, will acquire a more interesting set of diagnostic capabilities from a technical and practical point of view. For them, Cupertino has reserved something really interesting: 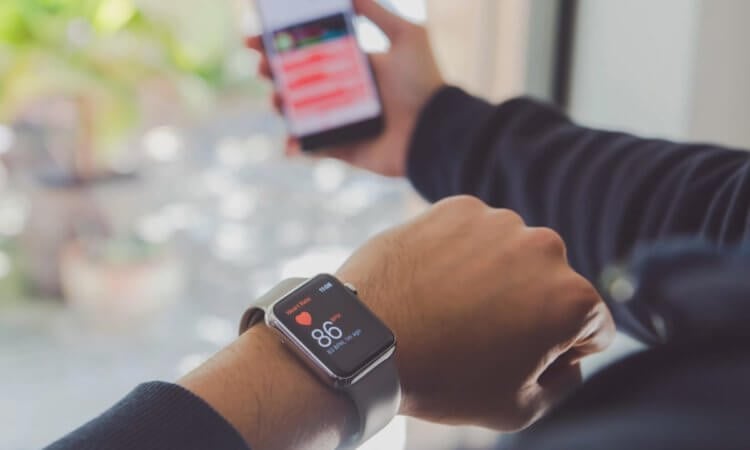 Pressure measurement is a feature the Apple Watch has been teasing for a long time. But it will probably only appear in Apple Watch 9

It seems to be sloppy. But these two features may be worth all the innovations that have appeared on the Apple Watch since its launch. because blood pressure measurement without cuff – a priori, a rather problematic thing, and therefore to make the clock do it correctly is always the same task. However, it is very likely that Apple Watch cannot display the exact systolic and diastolic pressure figures.

While the Galaxy Watch Active can take measurements and give you more or less accurate numbers, Apple Watches probably won’t offer this option for two reasons. The first is that in this case the Apple Watch will need to be regularly calibrated with a real clinical thermometerwhich is not very practical. And the second is that it will impose additional obligations and restrictions on Apple. Therefore, it will be easier to do the same thing as with a thermometer – to teach the clock to show only the fact of an increase or decrease in pressure.

Determine blood sugar level, especially if we talk about a non-invasive method (without stings), it is an even more complex function. Apple has been working on its implementation for several years now, but still can’t reach the finish line. Probably, the problem is that there are simply no sufficiently accurate sensors on the market that can take measurements without damaging the skin.

And to force users to pierce the skin and apply blood to a special sensor to glucose level determination Apple, for obvious reasons, cannot. After all, what’s the point of using the Apple Watch, if a real glucometer costs hundreds of times less and determines the blood sugar content much more accurately than some kind of smartwatch.

Why is everyone downloading Fiesta in Russia? Seems to be the best Instagram replacement*

How to Improve Apple Music Recommendations